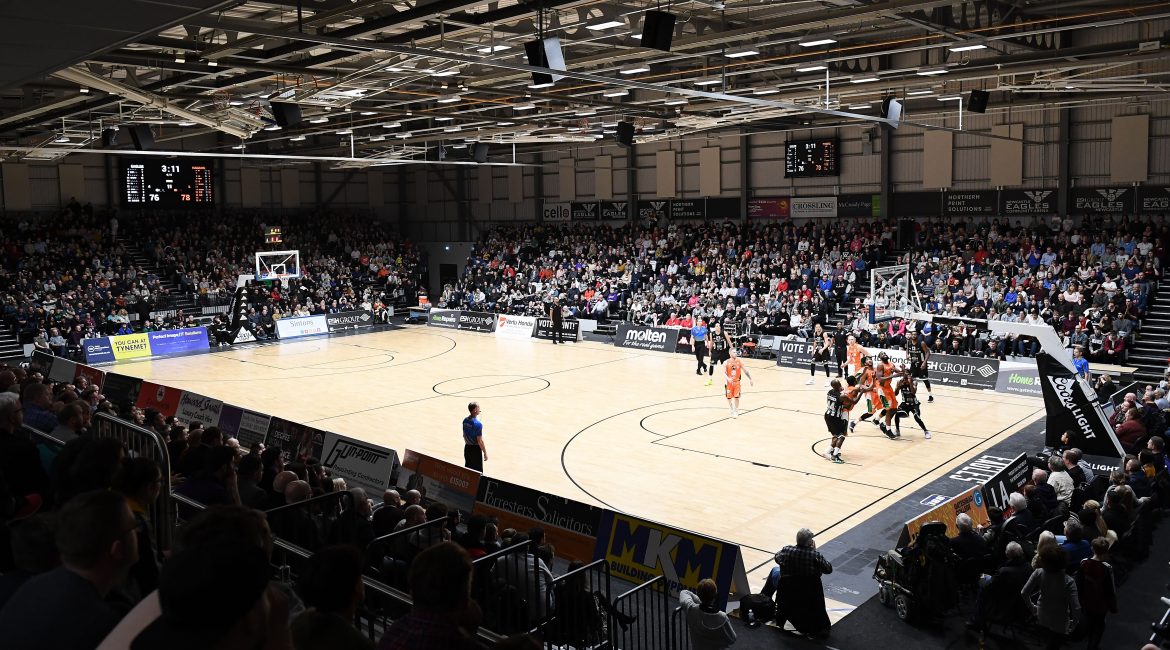 The British Basketball League have today released the 2019-20 season fixtures, which we are excited to share with our fans as we continue the preparations for our first full season in the Eagles Community Arena.

ADD ALL OUR GAMES TO YOUR CALENDAR

A full and up to date list of our games, with the results added as they happen across the season, will always be available on our website’s BBL fixtures and results page and a print at home 2019-20 fixtures poster will be available to download soon.

2019-20 starts at home on Friday 20 September with a repeat of last year’s opening game in a visit from Cheshire Phoenix, except this time in the new format BBL Cup. Tickets for that first game will go on sale soon. Sign-up to our newsletter for an alert and instant offer in your inbox:

In April this year the BBL announced exciting format changes for the new season, which begins in September with a new group stage of the BBL Cup and is followed in December by the start of Championship fixtures.

The BBL Cup Group Stage sees the 12 teams split into two groups of six to play home and away fixtures before the top four in each group will advance to the Cup Quarter-Finals.

The top two in each group will host the one-legged ties in the last eight before the Semi-Finals are played over two legs to decide the two teams heading to Arena Birmingham for the Cup Final on Sunday 26 January 2020.

The BBL Trophy will remain the same with the bracket format, which was adopted for the 2018-19 season.

The path to the Trophy Final at Glasgow’s Emirates Arena on Sunday 15 March 2020 is mapped out with a First Round draw as the 12 BBL sides will again be joined by four invited non-BBL sides.

In 2020 we will see the introduction of a best-of-three series in the Play-Offs Quarter-Final and Semi-Final stages on the road to the Finals at The O2.

Play-Offs qualification remains the same with the top eight teams in the Championship standings advancing to the post-season competition.

The regular BBL Championship season will change to 22 games with teams playing each other twice per season, once at home and once away.

Here is the full list of BBL Cup Group Stages and Championship fixtures with the Trophy match-ups and dates to be added in due course following the draw later this year:

Please note that dates and tip-offs are subject to change and we will keep an up to date schedule on our website’s BBL fixtures and results page.

2019-20 Season Tickets are still available with big savings against purchasing game-by-game plus many more benefits and you can find out more here on our website.