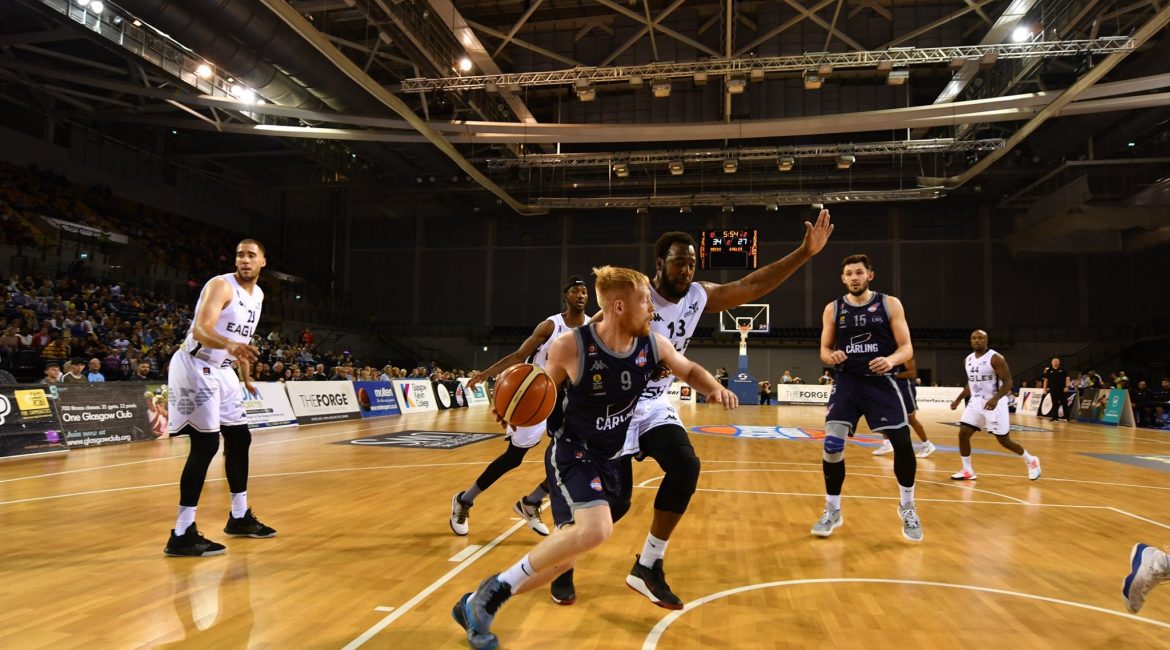 The Newcastle Eagles completed a thrilling victory in Glasgow last night to stay perfect in the BBL Group North. It was a huge win on the road and puts the men from Tyneside in a great position early in the Cup proceedings.

There may be a bigger story for the Rocks to answer as they were forced to go into the game without Maxine Djo Ebala and Eli Pepper due to registration issues. However, both had played in the win at Manchester on Friday night leaving that game result now in doubt.

For Newcastle though it was the same magnificent seven that had played on Friday in their win over Cheshire and there’s no doubt that despite a tough, tough game these players have showed a real cohesion.

In addition, in Mike Morsell who led all scorers and John Mitchell who once again produced some real highlights the Eagles may just have found two imports that could really star in The BBL. They were well supported as always by their countryman Rahmon Fletcher who played yet another starring role.

The first quarter started in spectacular style as M Morsell fed J Mitchell for a flying dunk to open the scoring. Rocks hit back immediately with a Gareth Murray triple, Fletcher replied in kind for Newcastle and Murray connected from deep again.

It was breathless stuff with neither side showing any signs of nerves or hesitation in shooting. Eagles had slightly the upper hand and led by six before Rocks tied the game up with Ali Fraser and Greg Pryor getting hot.

Eagles normal tight defence left them momentarily and Rocks and in particular Pryor and Fraser went on a shooting clinic with a 13 – 2 run taking them out to 27 – 18 lead. By the end of the first ten minutes though Eagles had narrowed the gap to four at 29 – 25.

The second period saw Glasgow once again come out strong and an 8 – 2 run gave them a double-digit lead at 37 – 27. At this point the visitors were struggling to close out Pryor and Fraser who made the most of their open opportunities to help their side to a 45 – 40 lead at half-time.

Whatever Coach MacLeod said in the locker room at the break certainly worked as his side came out with a 10 – 2 tear led by the muscular Mitchell and smooth Morsell and they turned the deficit around.

Back came the home side once again and in a ding-dong encounter, Newcastle just managed to hold a lead going into the final quarter at 68 – 66.

Fraser scored 4 quick points as the final ten minutes opened but it was the last time Glasgow would lead. From that point although it was close, Eagles just about controlled the tempo with Fletcher in particular running the flow of the game.

Going into the final minute they had established an eight-point gap at 89 – 81 and although they only scored one further it was enough to see them over the line and off to a 2 – 0 start in the BBL Group North.

Next up? Rocks again this time at the Eagles Community Arena on Friday at 7:30pm. If this dress rehearsal is anything to go by it should be quite a basketball feast and contest that you should not miss.