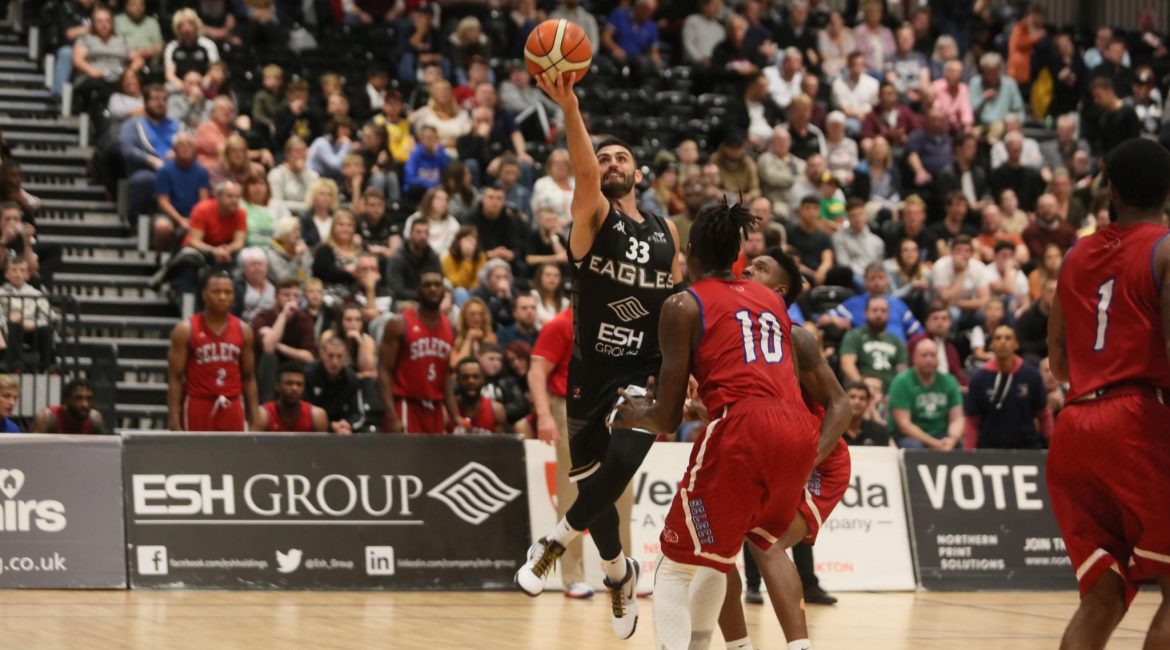 The first fixture of the post-Fabulous Flournoy era tipped off against a backdrop of mixed emotions following the 6pm announcement that the BBL’s most decorated coach had accepted an assistant’s role in the NBA with reigning champions Toronto Raptors.

And Newcastle’s players – who were told of their coach’s decision at a team meeting the previous day – always looked like their minds were elsewhere during a match the short-handed hosts were never able to dominate.

A last-second basket by the USA was enough to seal a famous victory for the jubilant visitors while home supporters were left to consider a future without their talismanic figurehead.

Neither John Mitchell nor Mike Morsell had arrived on Tyneside in time to make their Eagles’ debuts in what has become a traditional curtain raiser to the new campaign.

But coach Ian Macleod – stepping up in Flournoy’s absence – handed first starts to a trio of new recruits.

And they joined veteran Newcastle duo Rahmon Fletcher and Darius Defoe in a starting five that found the visitors’ lightning start too hot to handle.

A 10-point first quarter deficit – and a worrying knock to Hussein’s right knee that floored the Frenchman – was hardly the perfect introduction to pre-season.

But the hosts swiftly found their stride following the restart with Fletcher and Glasgow forging an instant understanding in the backcourt.

Macleod’s men had levelled the scores at the half but a typically youthful USA Select side– stacked with raw talent fresh out of college – was far from finished.

Boasting a slew of determined players desperate to land a first professional contract, the American outfit was back in front midway through the third quarter.

And Sean Kilmartin’s men took a fully deserved 66-64 lead into the fourth period to put pressure on the tiring Eagles.

But for Macleod this match was as much about blooding new talent as it was bagging a win and the second half appearance of Academy product Sauveur Kande drew warm applause from a noisy crowd.

The Gateshead College student enjoyed an encouraging cameo before Newcastle’s BBL veterans – Kai Williams and Drew Lasker joining Defoe and Fletcher on court – went in search of a last-gasp victory.

Ultimately it was too little, too late for a team that returns to pre-season action against Worcester Wolves at the ECA on Friday with both Mitchell and Morsell expected to figure.

Tickets for the two more pre-season games as well as the first game of the BBL season are all on sale now from the Newcastle Eagles Box Office.