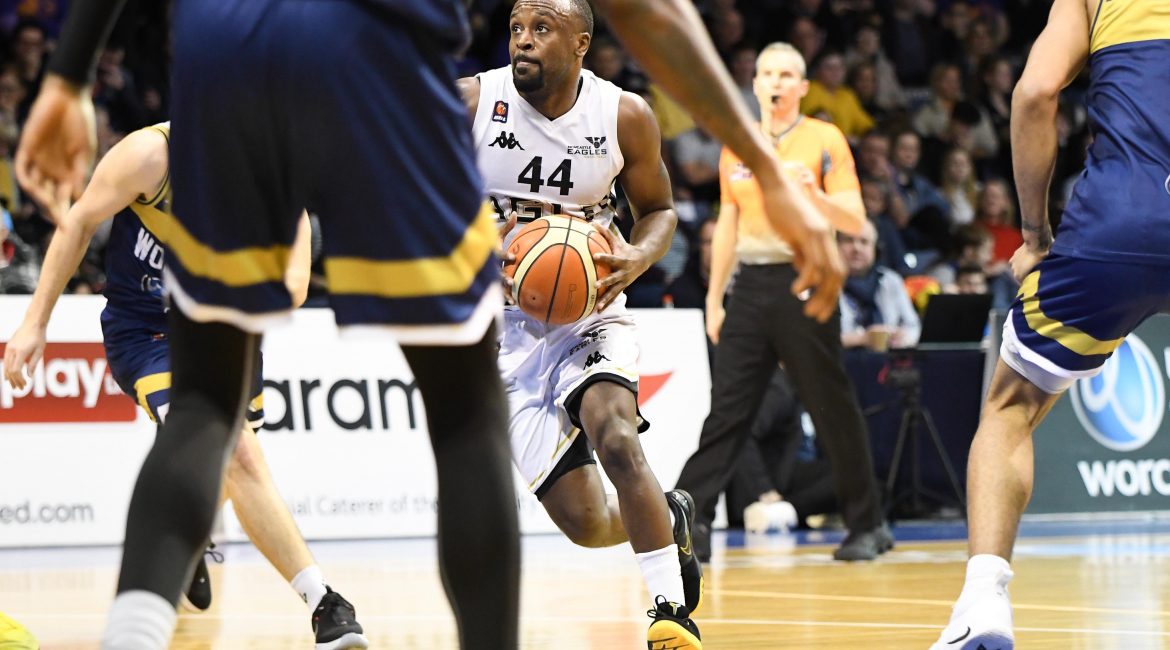 Last time out, Newcastle overcame a tough Sheffield Sharks side 86-79 to secure a place in the BBL Trophy Semi-Finals.

The two sides made an inefficient start to the game – with both teams trading multiple early misses to get the contest underway.

It was the Eagles who broke the deadlock – with Guard Nick Schlitzer selling a sublime dummy before showing off his mid-range game to get Newcastle on the board.

What followed was a brief burst of scores, with the Eagles scoring on their next 3 possessions before Worcester responded with a phenomenal score from Guard Mike Bouwknecht, who managed to dance his way through the Eagles defence to find the basket.

Worcester then began to ramp up the pressure.

The hosts began to dictate play midway through Q1 – with Guard Mark Hughes netting a crowd raising three pointer to give the hosts a 13-6 lead.

Suddenly, the script had flipped again, with coach Ian MacLeod’s men seizing the lead thanks to some good work from Schlitzer.

All of sudden, the Eagles were beginning to come alive, with scores from recent new signing Will Saunders and CJ Getty’s strengthening Newcastle’s lead – the score sitting at 19-17 in the visitors favour at the end of Q1.

If Q1 was slow to start, Q2 was anything but.

And it was Worcester’s Kofi Josephs who got the Q2 party started, with the Wolves Guard netting an impressive three-pointer to raise the crowd to its feet.

While Newcastle’s Saunders managed to respond instantly with a three-pointer of his own, Josephs decided to go one better – with the Worcester dangerman netting another three, to the delight of the Worcester fans.

However, Newcastle were not about to let two three-pointers spoil their flow.

Following two quick scores from Forward Sade Aded Hussein, the Eagles began to spread their wings, with the visitors flying through the Worcester defence to take a 39-31 lead.

When the half-time buzzer went, Newcastle led, with the score sitting at 44-39 in the visitors favour.

Worcester came out of the half-time break on fire, with the hosts opening the second half scoring.

But while the hosts had managed to rectify some of their first half issues, they still had no answer for Gettys, who was continually punishing Worcester mistakes.

What followed Gettys flurry of scores was a back and forth contest, with both sides eager to establish their dominance.

Unfortunately for the Eagles however, it seemed as though it was Worcester who were beginning to establish theirs.

While a Mike Morsell three-pointer did managed to settle some Newcastle nerves, Worcester were beginning to find their stride.

And when the Q3 buzzer went, it was the hosts who had managed to turn the tables to take a slender 62-60 lead heading into the final quarter.

Q4 started in nervous fashion, with both sides unable to convert early opportunities.

Thankfully for Newcastle however, Rahmon Fletcher managed to snatch the lead back for the visitors, with the Eagles veteran netting back to back scores – the score sitting at 65-64 with 6 minutes left of Q4. 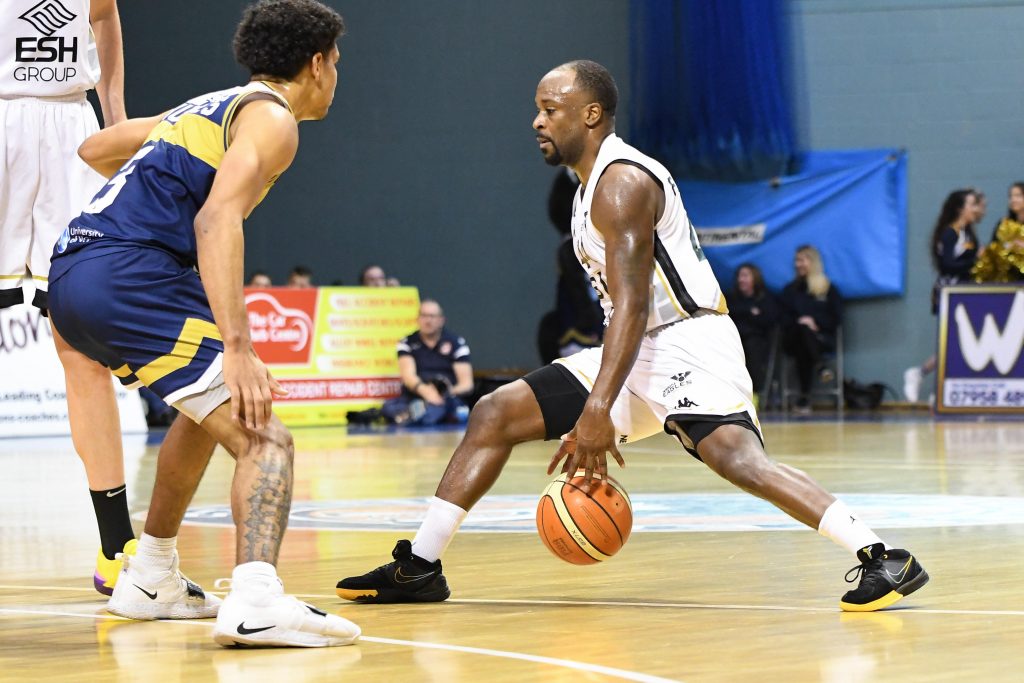 It looked as though Newcastle were beginning to settle down after their nervy start to the final quarter.

Sadly though Worcester came roaring back.

All of a sudden, it was Newcastle who were on the backfoot, with the visitors failing to convert multiple opportunities to pull themselves back into the tie.

Kofi Jones again found a way to punish Newcastle with the Wolves Guard coolly slotting a basket to give Worcester a six point lead with two minutes left on the clock – 76-70 to the hosts.

And while Newcastle did manage to put some pressure on Worcester thanks to some more good work in the paint from Gettys, who finished the contest with 22 points they were left to rue a poor fourth quarter display, which ultimately handed Worcester the win with the contest finishing 77-72 in the hosts favour.