Sir John Hall, then chairman of Newcastle United FC bought the team shortly after their arrival in Newcastle; adding them to his Newcastle Sporting Group of the city’s football, ice hockey and rugby teams. Hall’s Sporting Club group was a relative failure and Ken Nottage and Paul Blake became the club’s new owners. The final name change, from the Comets to the Eagles, took place in 1996. Performances remained consistent with the Eagles achieving regular top five league placings from 1998 onwards.

The Eagles cabinet was bare until the 2004-2005 season, save for a courageous effort against the Jet Wash Cheshire side in the 2001 BBL Trophy. The team took the long trip to the Brighton Centre to face Nick Nurse’s Brighton Bears on their own court in the 2005 BBL Trophy. This proved to be the beginning of Eagles prolonged period of success as the side walked away with coveted vase. The team went on to win the BBL Play-Off Final at the Birmingham NIA against the  Chester Jets. 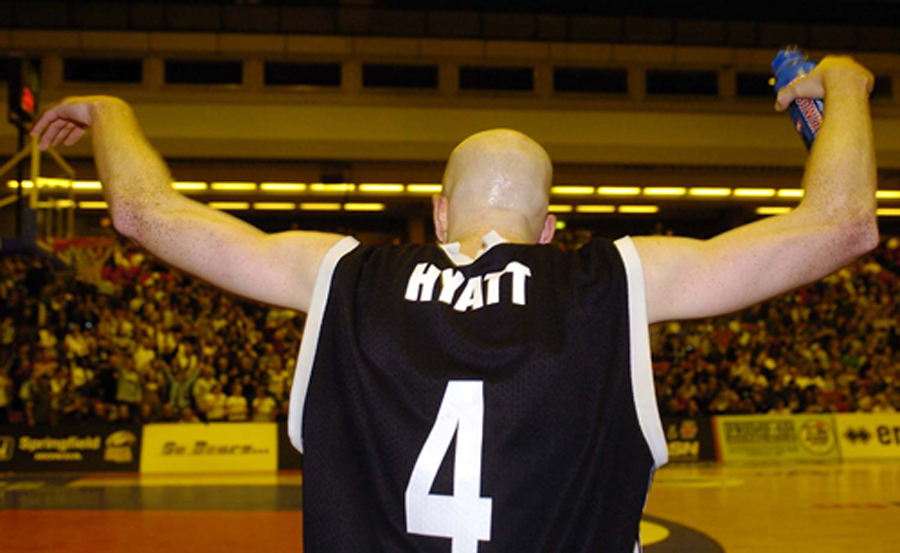 The 2005-6 season proved to be the most successful in their history so far when, under the guidance of player/coach Fabulous Flournoy, the club achieved a “clean sweep” of trophies, including the BBL Cup, BBL Trophy and Championship “double”.

In addition, Flournoy picked up the BBL Coach of the Year and former Villanova Wildcat, Andrew Sullivan, was voted BBL Player of the Year. Flournoy, Sullivan and Andrew Bridge were also members of the bronze medal winning England team in the 2006 Commonwealth Games during March 2006.

The 2005-6 season also saw the highest record attendance for an Eagles home game. 7,150 supporters crammed into Newcastle Arena for a regular season home game against the Birmingham Bullets. Nearly 1,000 supporters were turned away that night. 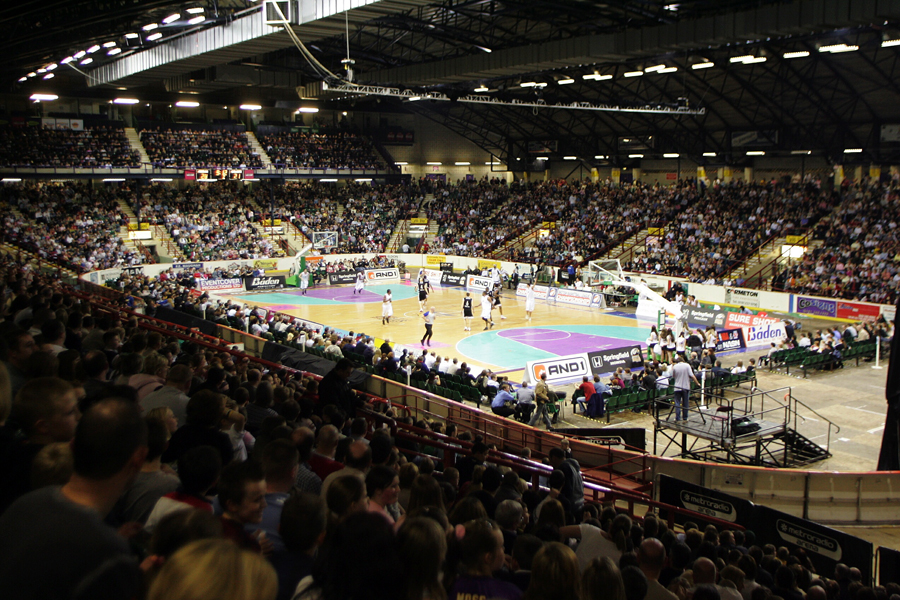 At the start of the 2007-08 season it was announced that Nike and Northern Rock were to sponsor the Eagles, bringing in more money to the club. Also, the signing of Richard Midgley gave great hope that the eagles could challenge Guildford Heat to regain the BBL League title. However, after a bust up with player/coach, Fab Flournoy he soon left to join the Everton Tigers. This meant there was no point guard and this led to the signing of Bryan Defares who could not settle in England and he too left. Finally, at the third attempt, Steve Leven (former NBA prospect) was signed despite his bad boy reputation. After defeat in the BBL Cup, then later defeat in the BBL Trophy Final the eagles were in danger of having a poor season. Fortunately, after a miraculous overtime win against Guildford Heat, they won the BBL League Title.

At the start of the 2008-09 season they were strengthened by the signing of Trey Moore from Cheshire Jets. After an indifferent start, they embarked on a 17 match winning run to become the first team for nearly twenty years to retain the BBL title, finishing 8 points ahead of Everton Tiger. They also reached the Semi-Finals of the BBL Cup, losing narrowly to Everton Tigers on aggregate before gaining revenge by beating them home and away in the BBL Trophy Semi-Final. The Eagles beat Guildford Heat at The Spectrum in the Final. In the Play Offs they narrowly avoided an upset after seeing off Cheshire Jets 88-83 before beating Plymouth Raiders to form a match against Everton Tigers once again. Despite 30 points from ex-Eagles Richard Midgley, the Eagles held on for a 97-94 win, therefore winning the treble to cap off their most successful season since the clean sweep. 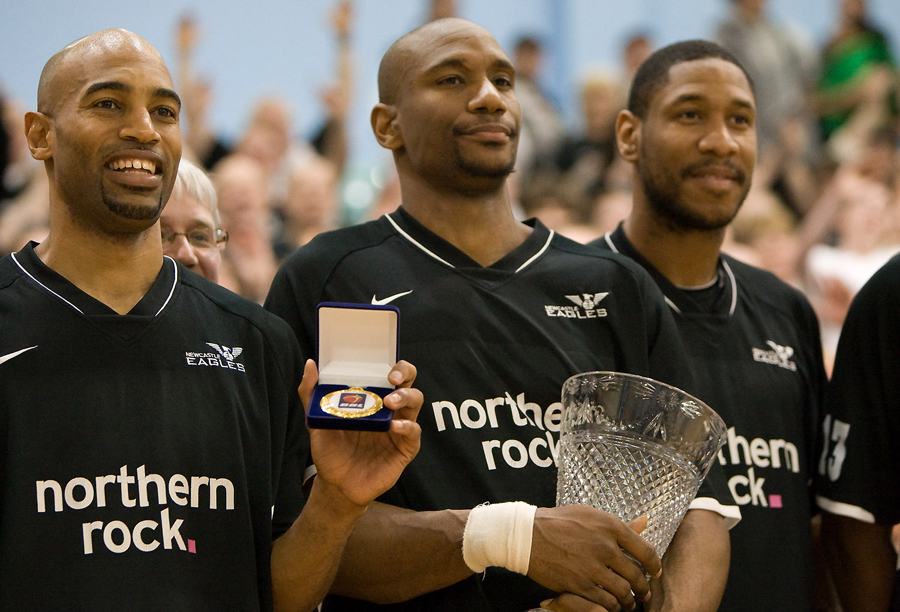 In the 2009-10 season the Eagles again retained the BBL title, finishing 2 points ahead of Sheffield Sharks. The league title actually came down to the last game of the season with Sheffield Sharks losing their last game of the season 97-95 to Worthing Thunder thanks to Evaldas Zabas’ basket 4 seconds from the end. This completed the double for the Eagles who had won the BBL Trophy by beating 111-95 in the Final at The Spectrum. In the BBL Cup Eagles lost 64-61 in the Quarter Finals to Cheshire Jets and in the Play Offs Everton Tigers beat the Eagles 190-158 on aggregate in the two legged Semi-Final.

The Eagles Move To Sport Central 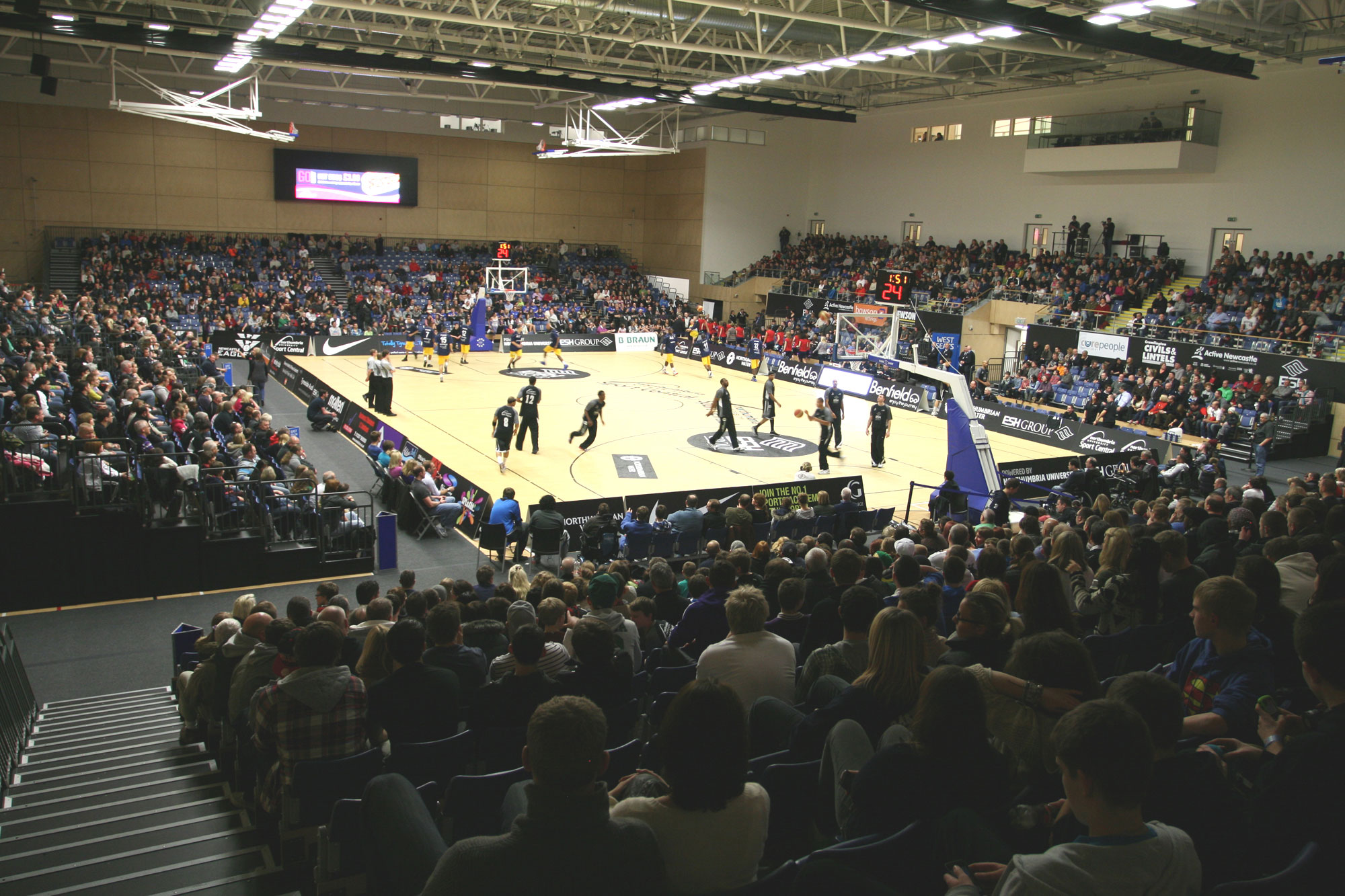 The club repeated the feat of 2005-06 by winning all of the trophies on offer in a season for a second time. The previous season was the first time since 2003-04 that they had failed to win a trophy. They lost 7 league games, 3 less than in 2005-06, although this time around they were only required to play 30 games, 10 less than in 2005-06. They clinched the clean sweep with a victory over Leicester in the play off final on May 12.

Season 2012-13, although successful, bore no trophies but did see a visit to Wembley Arena for the first time in Eagles club history, in the BBL Play-Off Final against an emerging Leicester Riders. Leicester won out that day, in what was a turning point event for the BBL. The visit was repeated a year later, only for the result to remain the same as the Eagles fell to Worcester Wolves. all was not lost though as the team clinched its 6th BBL Championship title.

The Eagles were to sweep the board for the third time in 14-15. The season also saw a 39 year old Charles Smith take the BBL Player of the Season title. The Eagles programmes domination didn’t end there. team Northumbria men’s programme were crowned champions in the national BUCS competition with TN women’s programme coming runner-up.

The clean sweep season was crowned with a BBL Ply-Off Final win against London Lions at the London O2 Arena in front of a record breaking 15,000 audience. 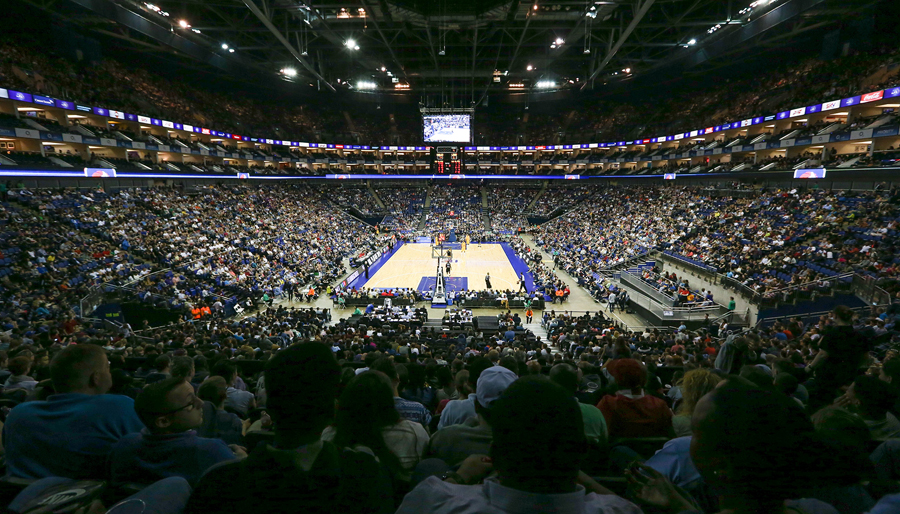 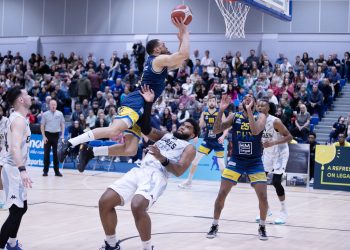 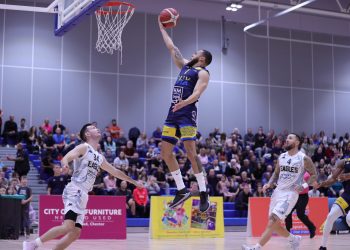 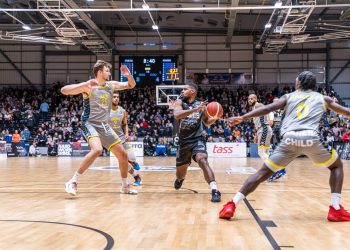