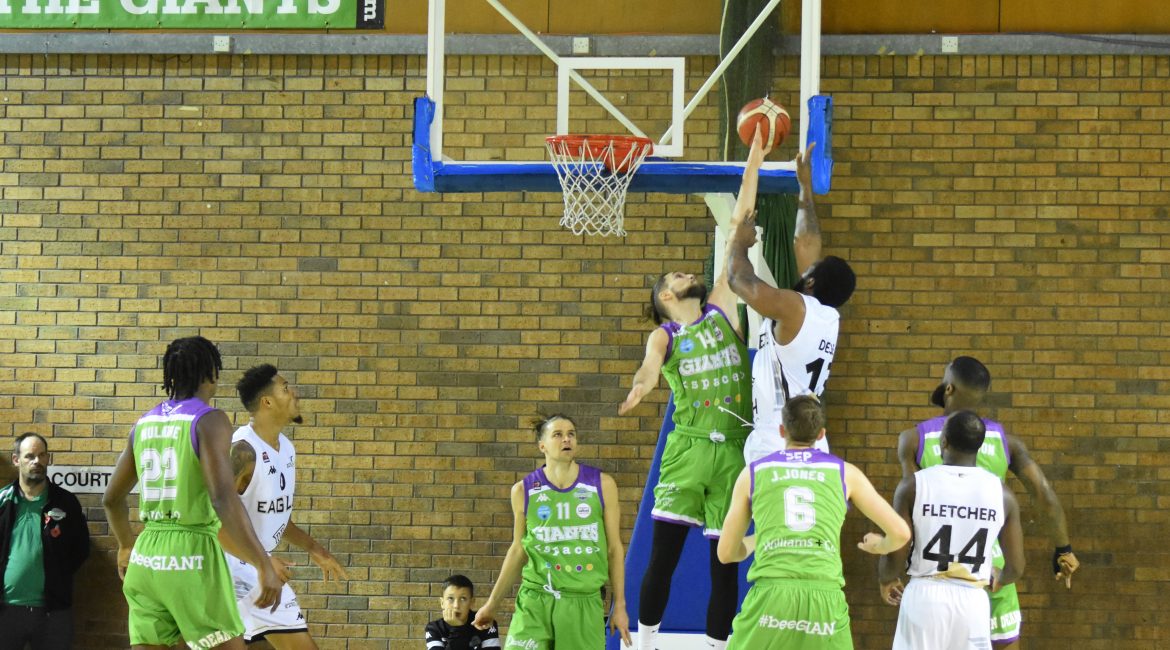 Going into last night’s BBL Cup North Group match down in Manchester, the Newcastle Eagles knew they had already qualified for the quarter-final stage of the competition.

That was courtesy of results elsewhere earlier in the weekend. So, the focus for Ian MacLeod’s men was to take a road victory to reverse their recent run of three successive losses. By the end of the 40-minutes they had done that in very comprehensive fashion.

Led by a massive double-double from John Mitchell and a career-high equalling 16 assists from Captain Rahmon Fletcher the Eagles always had too much for the struggling Giants throughout. Darius Defoe, Sade Aded Hussain and Mike Morsell also weighed in with double-figure scores.

In essence the game was over early as although both sides made slow starts. Newcastle did get on the board thanks to the inside power of Mitchell and Defoe and after a 9 – 0 Eagles start, Manchester called a time-out.

It made little difference as the rampant Eagles flew high and often to dominate at both ends. Morsell joined the party and racked up ten personal points as the first quarter finished in a blitz of Eagles baskets. It was 28 – 9 to the visitors after the initial ten minutes.

Manchester made a better fight of it in the second quarter but it was never going to be enough. Fletcher controlled the pace of the game and with backcourt partner Drew Lasker alongside pulling down rebound after rebound there was only ever going to be one winner.

That was the away side who went into the locker room at half-time holding a 49 – 28 advantage and knew they only had to stay disciplined and focused to close out the win.

The third quarter actually saw MacLeod having to take a time-out. Not that the home side were threatening a huge comeback but his side did seem to have taken their foot off the gas a little. Refocused and reset they gained parity and then edged their third quarter in a row.

It meant that they took a 74 – 51 lead in to the final ten minutes. Any doubts, and there were very few, that the Eagles might lose concentration were firmly brushed aside as the final quarter opened.

A blistering 13 – 2 tear saw the final nail being well and truly hammered into the Giants coffin as Newcastle ramped their lead up to 34 points to confirm a victory that had been crafted early in the proceedings.

It was a much-improved performance from Newcastle who took advantage of a nine-day rest period to sharpen up their play at both ends of the floor. Two huge reasons for the win was their power inside and their rebounding in particular.

They out-rebounded Manchester by 55 – 37 and for good measure had 27 basket assists to the home side’s 17. It may have been an expected win for the Tynesiders but it still had to be executed. That they did it at both ends would have pleased MacLeod and his charges.

The reverse fixture in the Group will take place at the Eagles Community Arena this coming Friday with a 7:30pm tip. The Eagles will go into that game confident of a repeat performance of last night and then await to find out their quarter-final opponents from the South group.