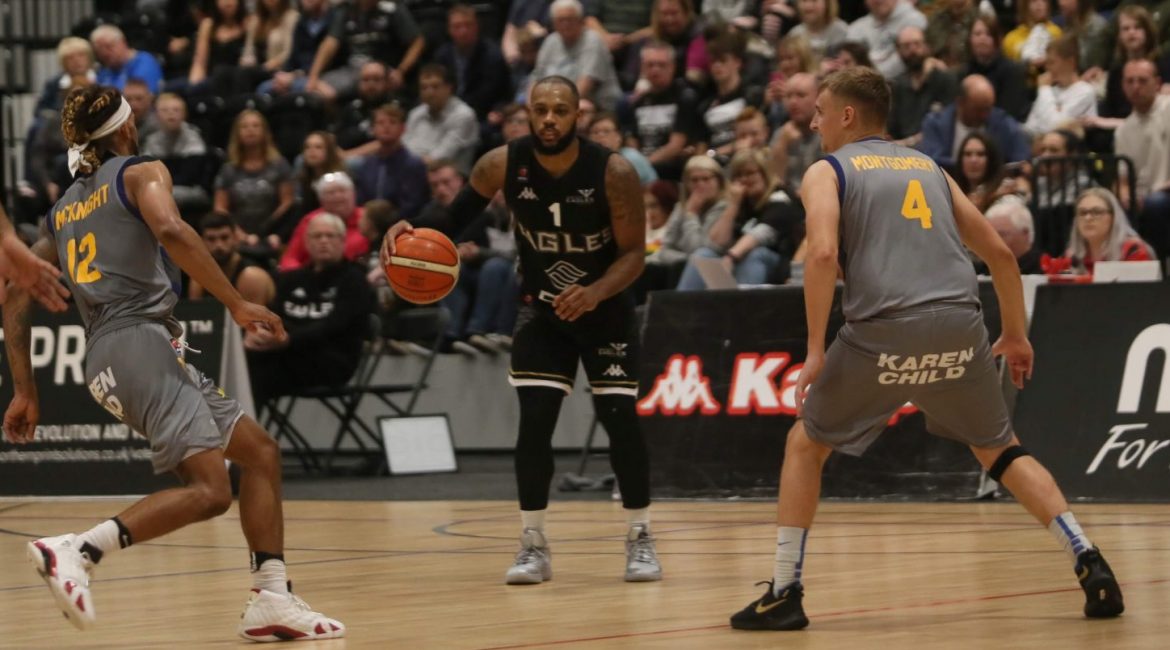 And the Sharks will need to find an extra gear in South Yorkshire tomorrow if last season’s BBL playoff semi-finalists are to take anything from this weekend’s pre-season double header.

Glasgow Jr was one of a clutch of Newcastle guards who ran the visitors ragged and more centuries will surely follow for this attacking Eagles’ roster.

But better teams than a transitional Sheffield side would surely expose a team in urgent need of height and muscle.

And with John Mitchell still to touch down on Tyneside, the hosts had it all to do inside.

But Mike Morsell – already a firm favourite with the Eagles’ faithful – again stepped up at both ends of the court.

And veteran Darius Defoe’s imposing presence in the paint kept the Sharks keen ahead of tomorrow’s rematch.

With both sides far from full strength, an eagerly anticipated clash between two old foes represented a golden chance for fringe players to push their claims.

And with Newcastle leading 20-19, MacLeod started the second period with both Themba Yabantu and Eddie Matthew in the back court.

The homegrown pair will be offered ample opportunity to make their mark under Fabulous Flournoy’s successor. But both must get past Drew Lasker before they can even think about increasing their minutes this season.

The ever-ready veteran notched 10 points before the half and, at 36, the talented Texan looks fresher than ever coming off the Newcastle bench.

The Eagles led 51-45 heading into the third period with rookies Morsell and Glasgow Jr combining for 25 points.

And the hosts’ abundant firepower had more than compensated for that lack of height during a fluid first half showing.

That fluidity manifested itself in an eye-catching move three-and-a-half minutes after the restart as Rahmon Fletcher stole the ball on the halfway line before dishing up a delicious reverse pass for the onrushing Defoe to convert.

Suddenly Newcastle were 66-49 ahead and Fletcher repeated the trick a minute later – picking Nathaniel Montgomery’s pocket and laying up for two.

The nerveless youngster moved to six points midway through the final period and fully deserved an extended run alongside his senior colleagues.

MacLeod will be looking for more of the same in Sheffield…and hoping Mitchell finally hooks up with his new team-mates following the forward’s much-heralded summer signing.