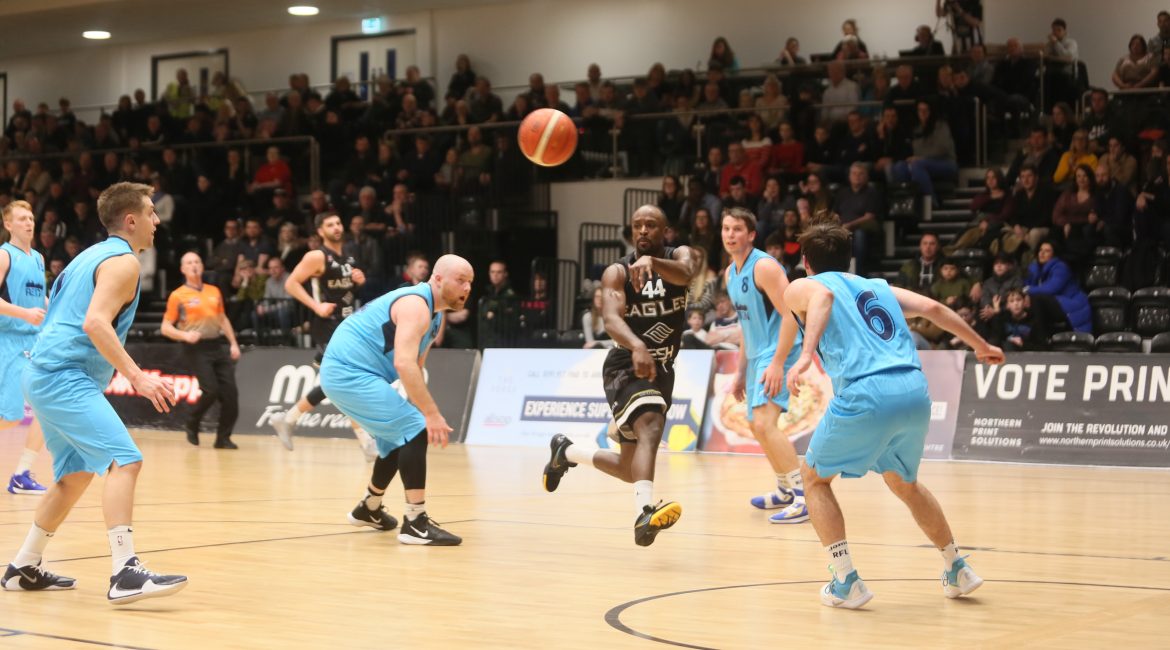 Newcastle Eagles got the new decade off to a flying start with a dominant 133-61 BBL Trophy win over Scottish outfit Dunfermline Reign.

On the back of an impressive road win away against Glasgow Rocks to close out 2019, coach Ian MacLeod’s men were keen to start the year with a bang.

With both Sade Aded Hussein and Mike Morsell missing through injury, the game against Dunfermline also meant that MacLeod had a chance to give some important minutes to some of Newcastle’s bench players who were keen to make an impression.

The Eagles opened the scoring courtesy of some impressive work in the paint by centre CJ Gettys, who used his towering frame to score the hosts first points of the decade.

While Dunfermline replied quickly with an impressive three pointer from Eric Potts, it was clear that Newcastle were the better side, with the hosts continually punishing their Scottish counterparts inefficient perimeter shooting.

Everything seemed to be going smoothly for the Eagles, their flow was halted slightly when veteran Darius Defoe went down clutching his left leg early on in Q1 – with the forward unable to return for the rest of the game.

However, this did not deter the Eagles who were now in full flow – with the hosts leading 33-16 come the end of Q1.

Q2 started similar to how Q1 ended – with the Eagles in the ascendancy.

To their credit, Dunfermline fought for every ball, clearly buoyed by the occasion and their contingent of travelling fans.

But Newcastle were in no mood to let up as they brought up their score to 50 points with just under half of the second quarter left.

Newcastle were in firm control, with the score sitting at 65-37 when the half time whistle went.

After the break it was more of the same from Newcastle.

One of the major positives for the Eagles will have been the performances of homegrown players Eddie Matthew, Themba Yabantu and Sauveur Kande who all played significant minutes – something that will please MacLeod.

However, the real driving force behind the Eagles dominance on offence were Gettys and Nick Schlitzer who combined for a whopping 61 points.

While Dunfermline did add a number of impressive scores from the perimeter, they were ultimately unable to slow down MacLeod’s men – with Yabantu bringing up a century of points for the Eagles as the Q3 buzzer went – 100-54.

Q4 got underway and it was clear that the intensity of the game had taken its toll on Dunfermline.

Try as they might, they just could not keep up with Newcastle, with the Eagles outscoring the Reign 33-7 in Q4.

And when the full time whistle went, it was Newcastle who took the win and move on to the next round of the BBL Trophy with the game finishing 133-61 in the hosts favour.