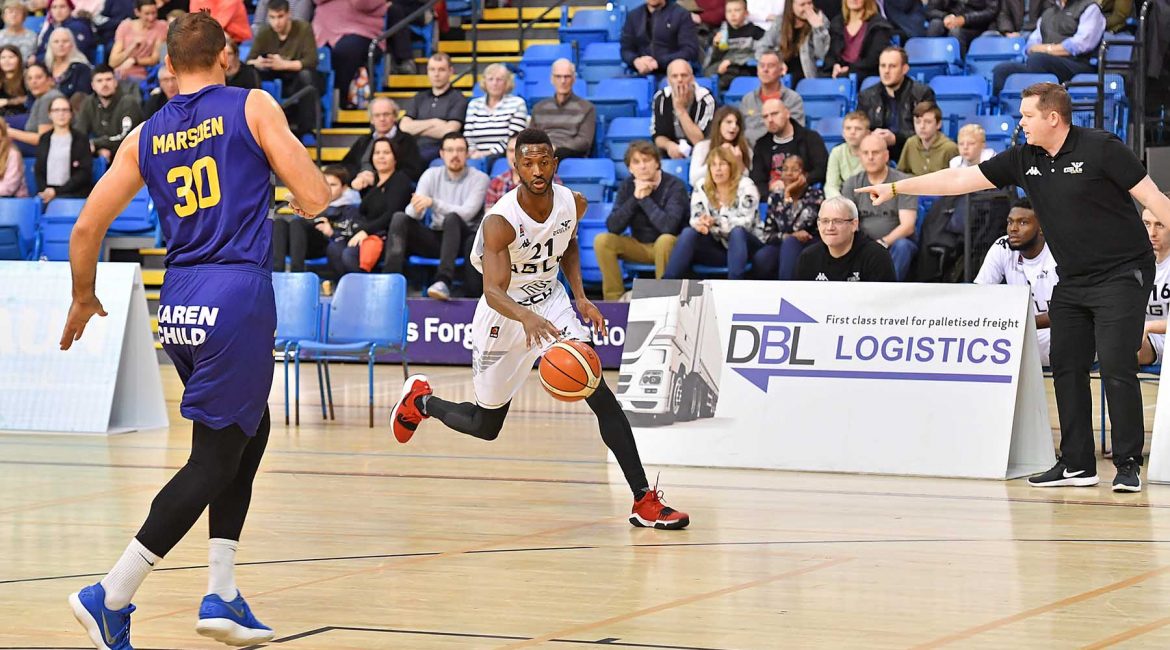 Newcastle Eagles endured a nightmare of a day yesterday cumulating in a heavy loss at Sheffield last night. Traffic problems on the A1 got the Eagles off to a bad start and with the going slow it meant a huge amount of time spent on the road for one of their shortest journeys of the season.

It was perhaps a sign of things to come. Newcastle who had lost to Sharks in over-time on their own court last weekend were looking to gain quick revenge down in Yorkshire and even the BBL Cup North Group up but, it was not to be as the home side dominated throughout.

Eagles had brought back fit-again Mike Morsell in place of the benched Rodney Glasgow but the free-scoring American looked rusty after his lay-off and picked up fouls almost as quickly as points.

Indeed, horrendous foul trouble with Morsell and top-scoring Darius Defoe fouling out plagued Newcastle’s efforts to get back in the game. Add in a little indiscipline as the normally reliable Eagles players picked up technical fouls and turn-overs and it was clearly not their night.

Perhaps their legs were still on the bus and the nightmare journey was still fresh in their minds but whatever it was, the home side capitalised early to leap into the lead. A blistering 10 – 2 start bit hard into the Eagles as the Sharks looked sharp.

A brief Newcastle rally sparked by the introduction of Defoe saw them claw back the deficit until Mackey McKnight hit a triple for his side and Sheffield finished strong to take a 25 – 12 lead in to the second quarter.

Eagles started the second much better with Morsell and Eddie Matthew hitting triples as they pulled back to within six outscoring the Yorkshire side by 2 – 1 and forcing a Sharks time-out. The break worked the magic for Sheffield as they responded with a 9 – 2 run.

This forced Coach MacLeod to answer the time-out call. Unfortunately, his side didn’t respond in the same manner and with Nick Lewis scoring for fun and Sharks dominating the boards they pushed their lead out to an impressive 51 – 32 lead as the half-time buzzer sounded.

If MacLeod had read the riot act at half-time it didn’t register with his players who still couldn’t get any rhythm going as the third quarter opened with the Sharks swimming with the tide. An impressive 12 – 4 run took them to a huge 27-point lead at one stage, 63 – 36.

Defoe and Fletcher briefly rallied the visitors aided by two quick baskets inside by John Mitchell and the gap closed to 15-points. But McKnight had the last say of the quarter with an NBA-length triple to give the Eagles an 18-point mountain to climb in the final ten minutes.

That climb became insurmountable once Sharks ripped off the first seven points of the fourth quarter unanswered to stretch the gap once again to twenty-five points. From their it was plain sailing for the home side as Newcastle could come up with no answers or riposte as they slipped to their heaviest defeat of the season so far.

It gives Sheffield real control at the top of the North group as they move to a 5 – 1 record whilst Newcastle’s 4 – 3 return makes next Friday night’s home clash with Leicester Riders a seemingly must-win game.