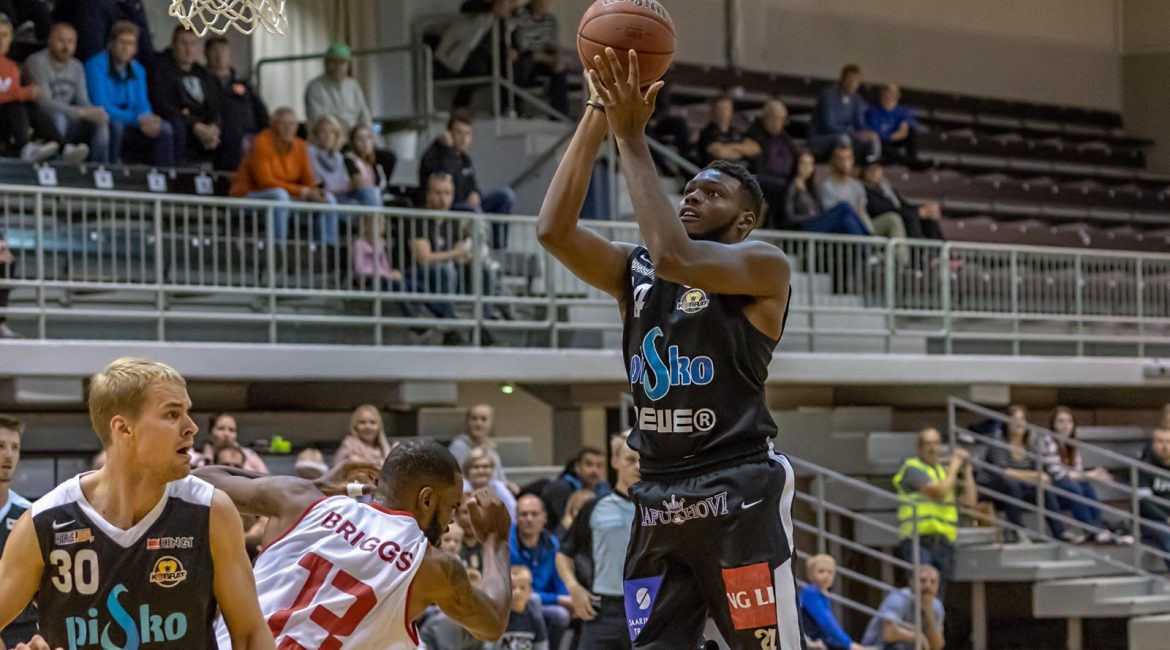 There’s a new kid in town as Newcastle Eagles announce their second signing for the forthcoming 2019-20 British Basketball League (BBL) season. Ex-Towson Tiger Mike Morsell has swapped his claws for a pair of wings as he prepares to start his second season as a professional player.

Morsell played his college ball with Towson in the Colonial Athletic Association Conference starting in 103 out of 130 games across a stellar four-year career where he averaged 11.7 points and 3.4 rebounds a game.

This earned the 6’ 5” guard/wing a first professional contract last season in Finland’s Korisliga with Lapuan Korikobrat. He got his career off to a fine start averaging 16.4 points and 5 rebounds a game until injury cut short his season in December.

Morsell tore three ligaments in his ankle but has now fully recovered and is raring to go. He expressed his pleasure at signing for Newcastle in the BBL.

“It’s truly a blessing. I’m honoured to have the opportunity to play for the most successful team in league’s history. Many things drew me to the Eagles but what attracted me the most was their winning tradition and being located the in the beautiful city of Newcastle.”

Morsell is aware of how tough the BBL is and feels he has the game to both suit the league and bring to The Eagles what they need going forward.

“I know it’s highest level of professional basketball in the UK and one of the premier basketball leagues around the world. I bring a team first attitude with the ability to guard multiple positions and score from all 3 levels on the floor.”

The 22-year-old Morsell, he will be 23 on August 28th, brings great potential and a positive message as he prepares to fly over and take his place in Head Coach Fab Flournoy’s new roster.

“I hope the fans are ready for a great season. I want them to know that the team and I will give 110% every time we step on the court.”

Mike hails from the same college as Eagles legend ‘King’ Ralph Blalock, who played for the club from 1996 until 2000.

For Flournoy it’s another piece in this season’s jigsaw fitted in and he was impressed with what he saw and what he believes his new signing can bring to Newcastle.

“Mike is an athletic wing player who played extremely consistently in college. He was unfortunate to pick up an injury whilst he was excelling in Finland last season. I feel he perfectly compliments the group we are putting together for this season.”

Two now in and announced, Flournoy and his backroom staff are working hard behind the scenes to get what they hope is the right mix of players in for the upcoming campaign. More signing news will be released in the near future.