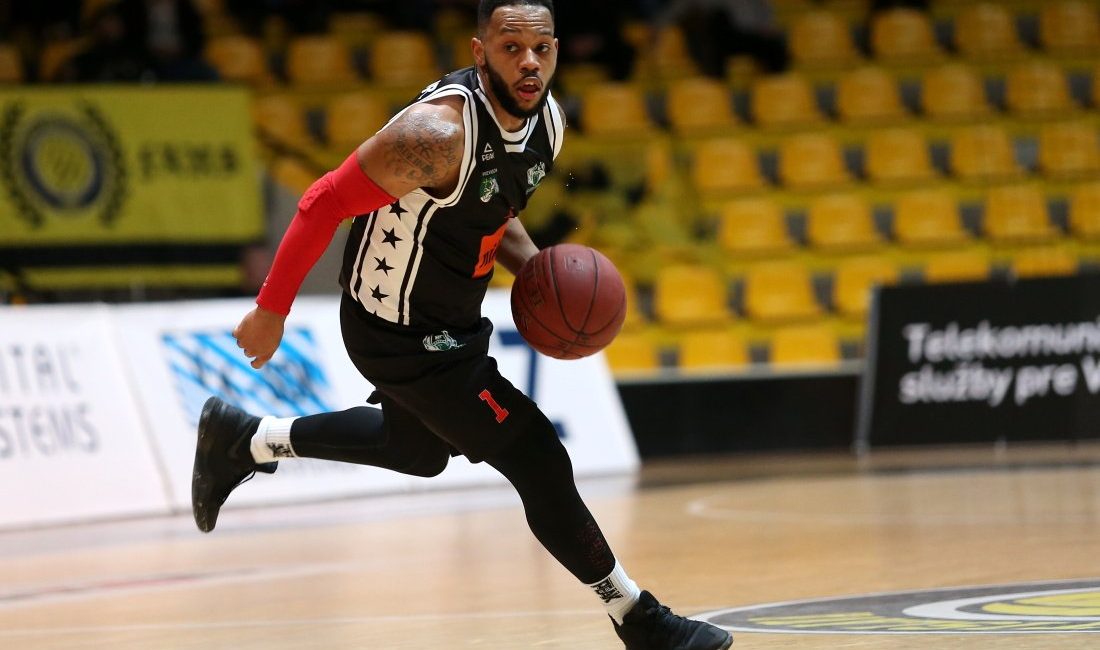 With a name like Rodney Glasgow Jr., perhaps it was destiny that brought the 5’11” point guard to the BBL. Only thing is, he’s flying in to be a new Eagle in Newcastle and not rocking up in Scotland.

After a great college career at the tough and disciplined Virginia Military Institute in NCAA Division 1, Glasgow started his professional career in Switzerland with BBC Monthey before moving to Belgium and Leuven Bears putting up decent numbers in both spells.

For the last two years he’s been at Prievidza in Slovakia playing an incredible 47 games last season as he guided his side all the way to the Play-off finals before they lost to Inter Bratislava.

Glasgow brings good experience to the Eagles as this will be his fifth in the professional ranks and he’s delighted to be coming to Newcastle especially qualifying for a British passport courtesy of his father’s background.

“When the Eagles approached me to sign, I was ecstatic and thankful. To be able to play for a top team and respected organization like Newcastle and have a chance to play where my father’s nationality was, it couldn’t have been written better. And it didn’t take long at all for me to decide to join.”

Glasgow revealed that he actually gleaned quite a bit about Newcastle and the BBL from both a former and current Eagle.

“I’ve heard about the Eagles from Andre Jones. I’ve known Andre since we’ve played against each other in college and he said nothing but great things about them. Ramon Fletcher is a guy I went up against in Slovakia. And he expressed how happy he was that I was coming here and I’m excited to play with him in the backcourt.”

His European pedigree and history should help him settle quickly with Newcastle and he’s keen to build on what he’s encountered so far as a professional, particularly last season.

“They’ve been great experiences to my career and I really learned at every team I was on in each country. The biggest thing was that I learned how to win and the level of commitment it takes to get there.”

“Last season was my first finals in my career and the atmosphere is different. Level of intensity rises, scouting and making adjustments are key, precision and focus are what separates you from winning that title and being fresh.”

“I learned a lot and I want to win one here in Newcastle so it will be a process.”

The Eagles also benefit from the fact that Glasgow qualifies for a British passport through his father making him a valuable asset and addition to the roster. But it’s not just the passport that he brings to Newcastle.

“On the court I will bring playmaking, defence, scoring, leadership, being coachable and  confidence to our team. Off the court  I’m a positive person, bringing everybody together, honest and being in the community. So, it will all take time but I’m excited to get started.”

Head Coach Fab Flournoy had this to say about bringing Glasgow to Newcastle.

“We think Rod is a high level player with excellent European experience. We expect him to be an effective counterpoint to fletch in the back court with his ability to handle the ball, shoot and run the team when necessary.”