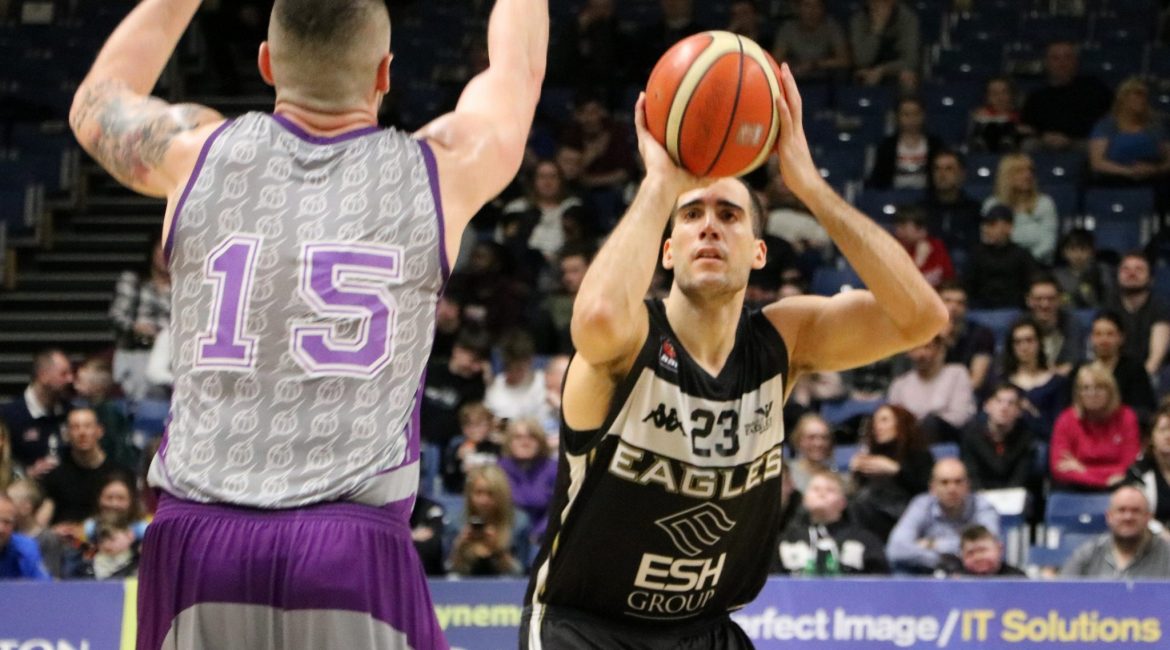 The famous Williams siblings will hit the court together in Newcastle later this year.

But it’s brothers in arms Kai and Jamal – rather than swinging sisters Serena and Venus – looking to net silverware on Tyneside.

For the second season on the bounce the Esh Group Eagles Newcastle locker room will be a family affair.

And Kai’s decision to resign for the Geordies comes just days after Jamal inked a new deal with the men in black.

“I feel we were up and down last year as everyone knows,” said Kai Williams.

“But I think there were a lot of things to take from last season that we can use towards turning things around. I am looking forward to the new campaign and being back with the Eagles. The support last season was amazing and I know the best fans in the BBL will be charged up about the returning players and the prospect of moving into our new arena.”

In what will undoubtedly prove to be every commentator’s worst nightmare, Kai Williams suits up alongside Kyle Williams (no relation) on an Eagles roster suddenly starting to take shape.

The pair join Jamal, Darius Defoe and Rahmon Fletcher with club bosses busily working behind the scenes to push more signings over the line this month.

“We are delighted to bring him back.”

Kai Williams heads into his seventh BBL season – and his second with Newcastle – on the back of 9.5 points, 5.7 rebounds and two assists per game last time around.

And the 29-year-old 6ft 6in wing forward was always going to be a key part of player-coach Fabulous Flournoy’s plans in the year the Eagles move into the club’s brand new Community Arena.

“Kai provided us with a lot of stability last year and he continues to be one of the best floor spacers in the league,” said Newcastle’s veteran playcaller.

“We are delighted to bring him back.”

The Eagles will move into their new home before Christmas after starting the season on familiar territory at Northumbria University’s Sport Central.

Newcastle host Cheshire Phoenix on September 21 for the season opener after two home pre-season games which are on-sale now.