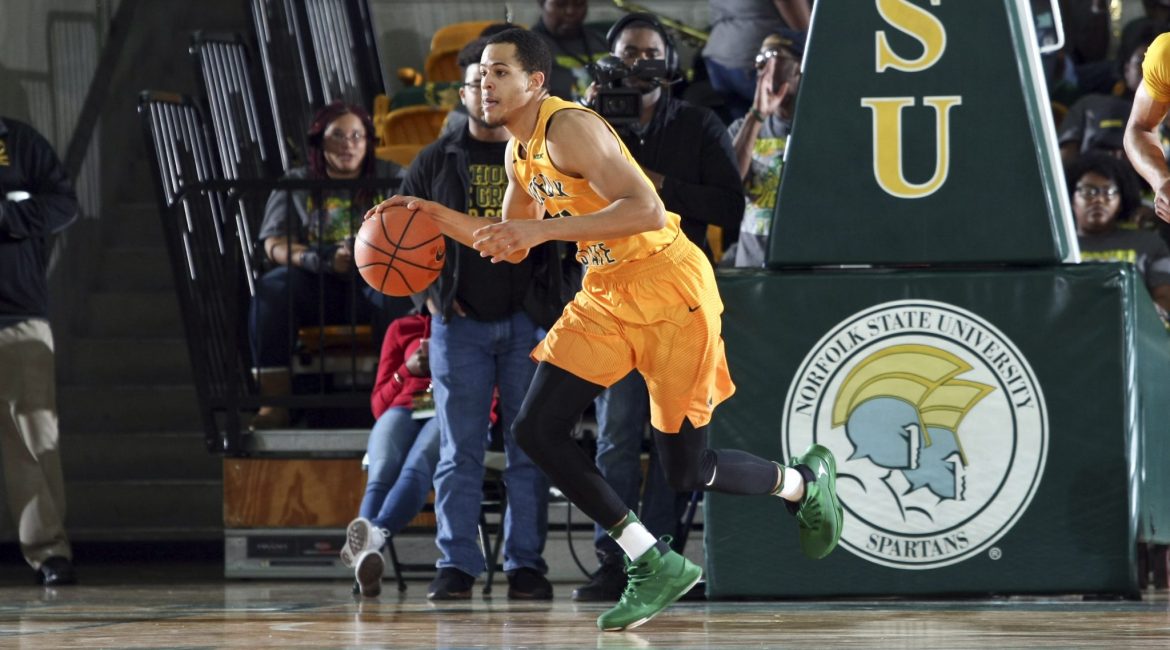 The most successful franchise in British basketball history has gambled on Kyle Williams to inject some pace into a revamped backcourt.

And the NCAA Division One Norfolk State graduate can’t wait to show his hand after a face-to-face meeting with Flournoy in Nevada.

“When I met Fab I could tell he was a stand-up guy,” said 23-year-old Williams. “During our first conversation his passion for the Newcastle Eagles really impressed me.

“Fab quickly sold me on the club when he described the family atmosphere within the organisation.

“He also assured me that he would push me to become a better player. When you meet someone as dedicated and loyal as Fab, you have no reason not to believe him.

“I am extremely excited for the opportunity to play for Newcastle. I’ve heard wonderful things about the fanbase and with our supporters behind us the sky is the limit.

“I can’t wait for the season to start! I am excited about playing in the BBL. I have heard good things about the league and I’m ready to make history with the Eagles.”

Williams – no relation to brothers Kai and Jamal – starred in his senior year in the Mid-Eastern Athletic Conference, averaging 27 minutes and 9.6 points per game.

An eye-catching 40% shooting from three-point range drew scouts to the Las Vegas camp earlier this summer where Flournoy spotted a player with obvious potential.

Our player-coach followed up an initial conversation by meeting Williams – who hails from The Bronx – in New York.

And it emerged that the hotshot American holds a British passport courtesy of his Coventry-born mother.

“I met Kyle in Vegas and he struck me as a very personable individual who will fit well into our club ethos,” said Flournoy.

“He had an impressive senior season and his skill set should fit perfectly into the team we are building this year. I’m looking forward to working with him.”

Season tickets are on sale now ahead of the 2018-19 campaign with huge savings versus single game ticket prices and many more benefits.