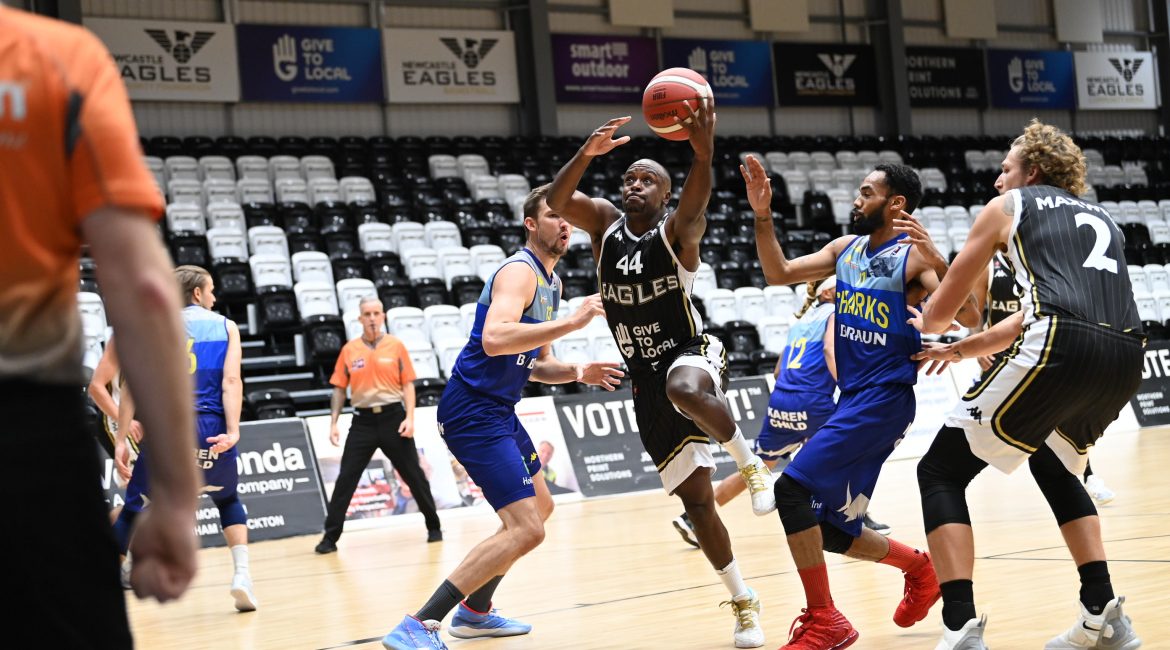 Newcastle Eagles will finally tip-off the delayed BBL season with a tough clash at London Lions on Sunday.

The fixture is the first of six mouthwatering ties in a talent-stacked Group 3 of the remodelled BBL Cup.

Newcastle face the Lions, Leicester Riders and fierce rivals Sheffield Sharks home and away — with the top three progressing to the quarter-finals.

Last week the Eagles were forced to cancel a pre-season fixture against Cheshire Phoenix after a Newcastle player tested positive for COVID-19.

But head coach Ian MacLeod has been assured he can field a team in the capital on Sunday with training set to resume later this week in line with Basketball England and BBL guidelines.

BBL COO Andy Webb said: “We are delighted to finally get the season launched after the very positive messages of support from the Government.

“Of course, it won’t be the same without the fans being at the venues.

“But all the players are keen to get back to proper competition after a very long pre-season.

“The BBL Cup will be first up — just like last season — and then we’ll start the BBL Championship in early December.

“Those fixtures will be announced as soon as practical.”

Newcastle are set to travel to Leicester on November 8 before hosting the Riders at the Eagles Community Arena the following Friday in their first behind-closed-doors home tip.

London travel to Tyneside on November 20 before the Eagles make a trip to Sheffield the following weekend.

The date and tip-off time for the Eagles’ outstanding homecourt fixture against the Sharks is still to be confirmed.

Fans will be able to watch this Sunday’s road-trip tip-off on the Lions’ YouTube channel.

Details for the Eagles’ behind-closed-doors home game live streaming is set to announced over the coming days.

The club continues to thank its loyal season ticket holders and sponsors for their on-going support and will be making a further announcement to them later this week.

The first five confirmed Group Stage clashes are are now listed under the fixtures and results section where fans can automatically add them to their device’s calendar to stay up to date as all fixtures are subject to change.