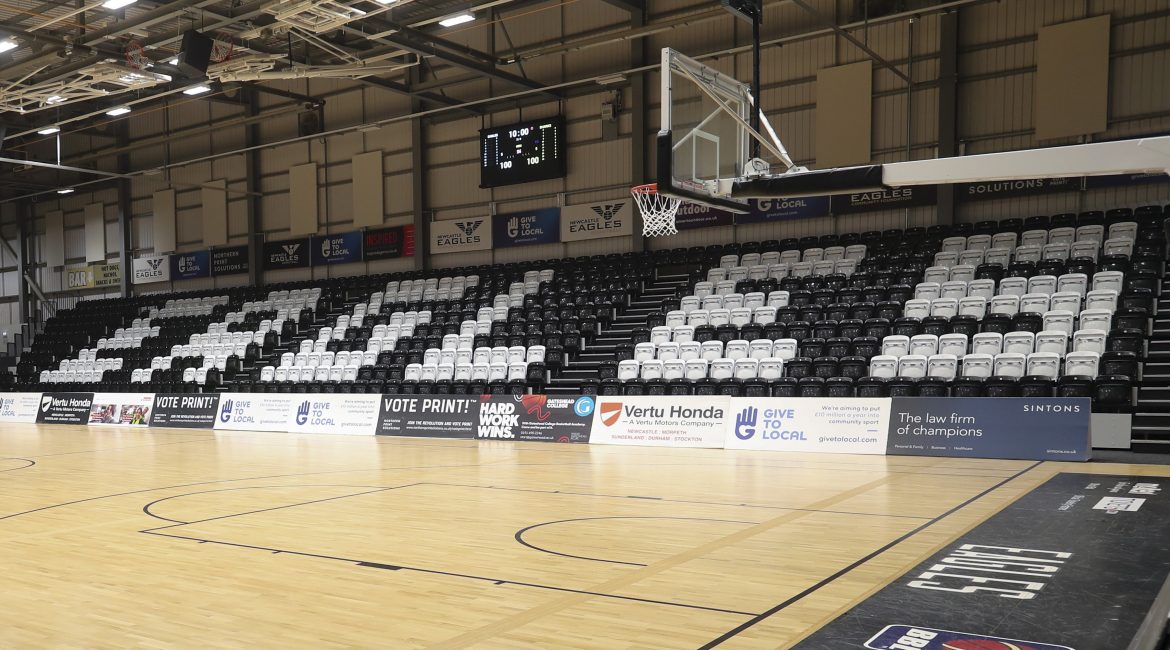 The club received confirmation that one of its BBL player has tested positive for COVID-19 and following current Basketball England guidance the player and his teammates are now in isolation.

Since the return to indoor courts this summer, the club and all its players have been following the strictest national governing body guidelines, to the highest standards, in order to prevent the spread of any coronavirus cases.

The Eagles Community Arena has been paving the way for indoor sport in its operation of a COVID-secure environment to train and play after it was approved as safe to host a test event as part of the return of spectators to venues and in successfully holding a pilot of the Basketball England and BBL game day guidance.

Today’s decision follows detailed consultation with the league, national governing body and their medical team, in the interest of the health and well-being of the players and staff at both clubs.

Newcastle Eagles would like to thank all its fans for their support ahead of the friendly fixture and assures all live stream virtual ticket purchasers that they will be refunded over the weekend.

The club would like to further thank all parties involved for their assistance over the last 24-hours and in supporting the player with what it hopes will be a speedy recovery.