Fletcher Flying Back For Unfinished Business 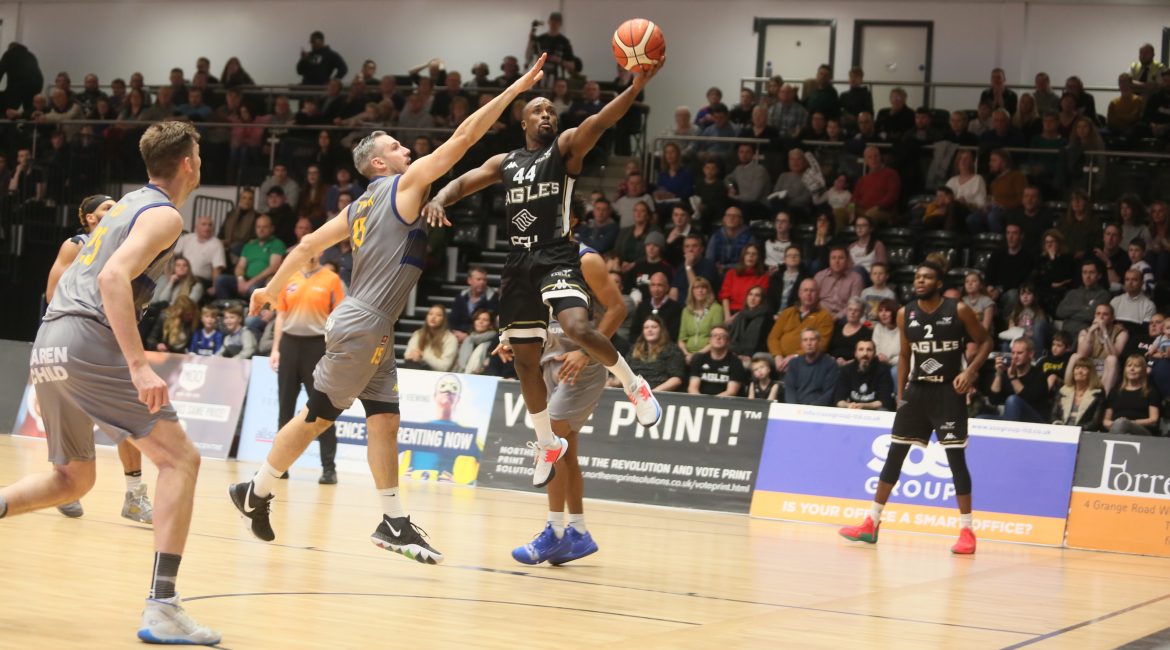 After Newcastle Eagles linked up with new sponsor GiveToLocal earlier this week – to support all levels of basketball in the North East from junior level to elite men – the club has revealed the first signing of a new era.

A new era but a familiar face as once again the Eagles return the mercurial and influential point guard Rahmon Fletcher.

“It feels good to be coming back,” said two-time BBL MVP Fletcher.

“Last season got cut short and as always I’m grateful to get interest from the club to have me back for another season.”

One of the best to have ever played his position in the BBL, this will be his sixth season in the league, all of which have been spent with Newcastle.

Fletcher’s veteran leadership and on-court savvy enable him to lead the team in the way that head coach Ian MacLeod wants and the Eagles playcaller is delighted to have his presence back on the roster to spearhead the new campaign.

“I’m very glad to have Fletch back on board for another year,” said MacLeod. “Rahmon is a consummate professional who led by example last year and is a proven winner.”

Fletcher had yet another stellar season in black and white last term averaging 16.2 points, a staggering nine assists and 33 minutes a game.

But as always, it’s about more than numbers for a player who is an adopted Geordie and who had no doubts about returning.

And the point-guard feels that the premature end to last season means he has unfinished business to take care of.

“I felt it was the right decision to return, especially how last season ended so suddenly and it was a bittersweet moment at the Trophy Final,” he added.

Watch Rahmon Fletcher and Ian MacLeod talk about the 2020 BBL Trophy Final and see the game in full:

“There wasn’t enough time to enjoy what we actually did and also to use it as momentum to finish the regular season strong headed to a Play-Off run.”

The consummate team player is the perfect man to gel a new roster together and help his adopted club to further success.

But he also has fond recollections of that momentous Trophy win, which was the franchise’s 25th time lifting silverware.

“The memories still stand out,” he added. “Mostly the togetherness that all the guys had and the grit we showed to pull that out!

“Finals are always exciting and fun but with that one and what was going on in the background it was an added motivation.”

Turning his thoughts though to the coming campaign he outlined his hopes for the Eagles.

“This season I just want the usual,” he said. “Progress day by day, practice by practice, and most important game by game.

“I feel if we keep that togetherness and grit I was talking about, that we showed in the Trophy Final, we could be on the right track for more silverware.”

Fletcher joins Drew Lasker as the second returnee for the Eagles for the forthcoming season.

Two in and more to come as Newcastle start to announce the roster for GiveToLocal’s inaugural sponsorship season.