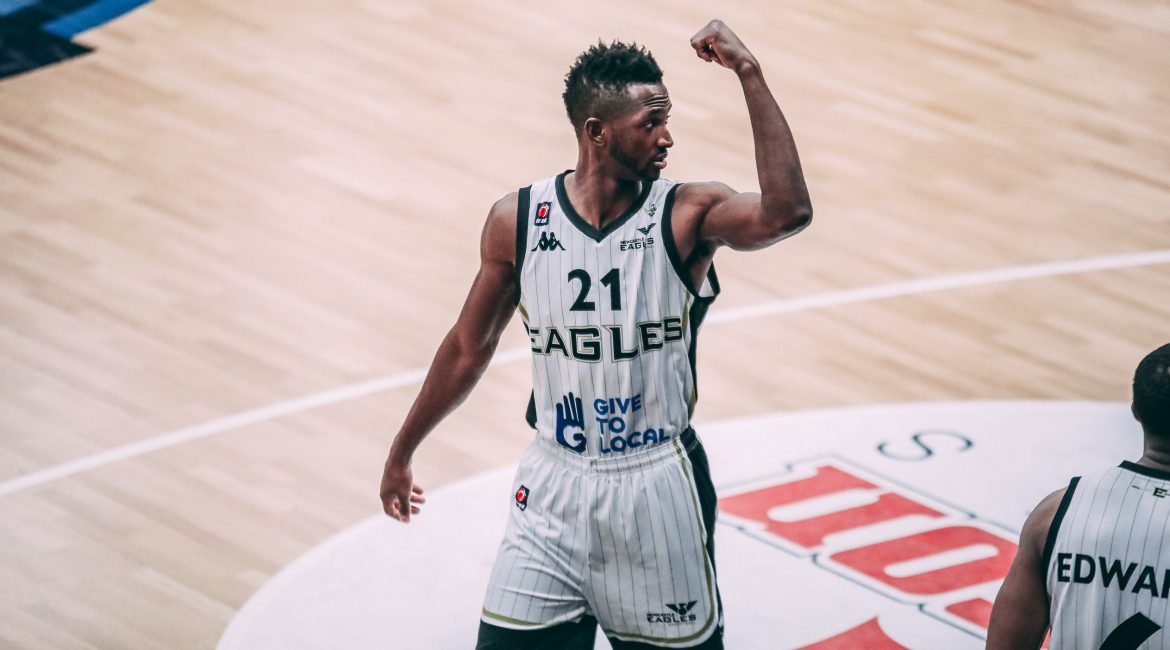 Newcastle Eagles will be looking to get back to winning ways tonight at the Eagles Community Arena as they take on Sheffield Sharks in the BBL Championship live on Sky Sports.

After taking a narrow loss at Leicester on Wednesday it’s another crucial game in a busy period.

Eagles veteran guard Drew Lasker who has been such a big part of the Newcastle franchise looked ahead to tonight’s game by first of all considering the game at Leicester.

“It was a tough loss to take. The timing of the schedule which is probably our toughest stretch of the season and losing Justin (Gordon) after being pretty much healthy as a team all year was unfortunate but that’s the way the cookie crumbles.”

“Saying that to be down three on the road to the league leaders with an opportunity to win. But then the last five minutes we couldn’t get it done being short-handed against that team we can still be happy with our performance.”

“We had some guys that played some really heavy minutes because we were missing a rotation and it was tough circumstances. We just ran out of gas at the end. We had opportunities but credit to Leicester.”

“They came out in the fourth quarter and just didn’t seem to miss and I think our depth had a little bit to do with it in the end.”

Having Gordon missing through injury was a big factor for Newcastle and they head into yet another tough game against Sheffield with a doubt still over his fitness. It’ll be a game day decision as to whether he plays to help out his tired teammates.

“Like I said the schedule is probably our toughest right now. We’ve gone Sheffield, Bristol, Leicester since last Friday and then we have Sheffield tonight and London on Monday. That’s pretty much the group of death with Bristol sprinkled in there.”

“Sheffield are an in-form team having won 3 of their last 4 games and are a much better ball club than they were at the beginning of the season. We have to look to bounce back and there’s no time to dwell on the Leicester game.”

The Sharks handed out a big defeat just last Friday at the same venue winning decisively by 90 – 70 to somewhat shock the Eagles and that is something they may take heart from but Lasker know the threat they present.

“It’s time to move forward and get back to business as usual. It’s probably a must win game to stay in the league picture. We’ve got to pick ourselves up and be ready. The main key is to match their intensity and physicality.”

“Last week they were way more physical than us and usually we match that but we spent a little time being distracted by the referees as opposed to fighting back in the game. As a team it was probably the first time all season we looked out of synch and a bit fatigued.”

“We need to be ready to fight because we know they’ll be physical and just be motivated and ready to go which we will especially after coming off a tough loss on Wednesday so we’ll be ready to go this around.”

The game will be shown live on Sky Sports but Lasker feels that won’t factor into either team’s thoughts when it comes to tip-off time which is at 7:30pm.

“At this point you have to sink or swim and battle through adversity so the Sky Sports thing is not important to us as a team as we’ve kind of gotten used to that now having played in a couple of those games.”

“It’s great for the league to be televised of course but right now as a team it’s just about us getting focused on getting those two league points.”

The game is live on Sky Sports Arena (with subscription) and Mix (free to all Sky customers) with coverage starting from 7pm.

Fans can also watch on the BBL Player and access is free for our 2020-21 Season Ticket Holders.