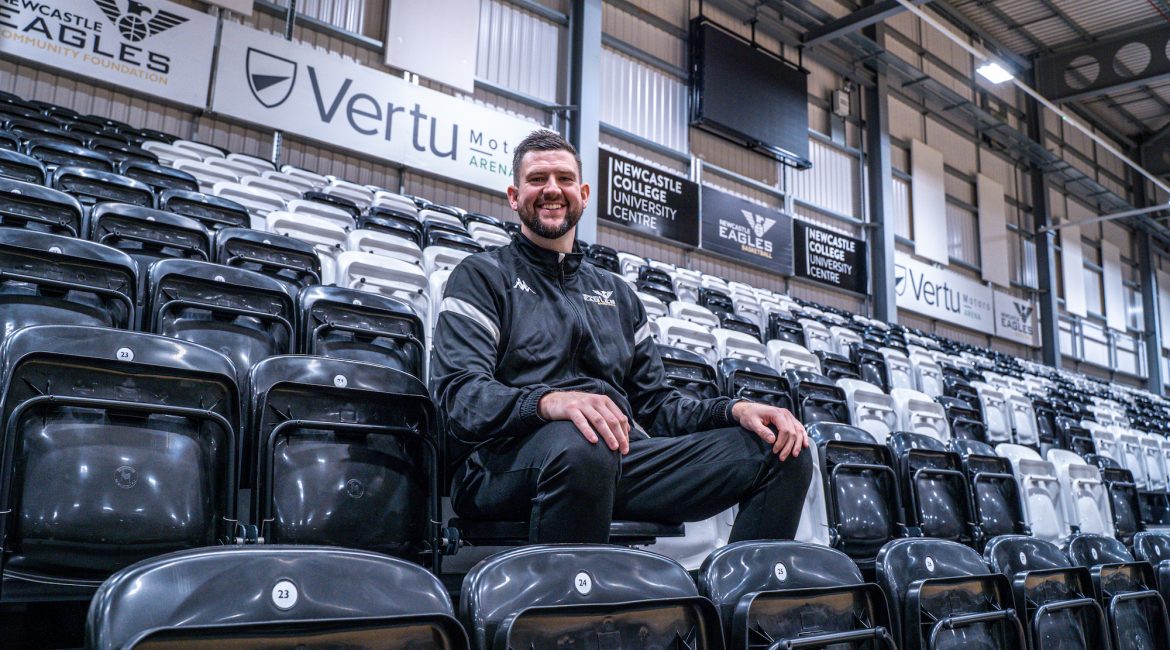 Newcastle Eagles go into tonight’s BBL Championship game against the Plymouth City Patriots in front of the Sky Sports cameras at the Vertu Motors Arena looking for a second consecutive home win.

The Patriots are one side the Eagles have beaten this season on the road down in Plymouth 77 – 75 in the BBL Cup. A win tonight would be the perfect way to get a once again re-jigged roster back on track after the loss last Sunday at Sheffield.

That loss at Sheffield was one that Head Coach Marc Steutel was unhappy with as he contemplated tonight’s tough fixture against Plymouth.

“Sunday was really disappointing. I keep talking about the consistency word and its consistency within controllable areas of our play which we didn’t do on Sunday”, said Steutel.

“All we’ve been doing is trying to get back and reinforce some of the areas of play we need to work upon for tonight’s game.

Once again Steutel will be putting a different roster on court in tonight’s game having taken the decision to release Lesley Varner and bring in forward Justin Everett as he continues to search for the line-up to suit the style of play he wants.

“It’s never pleasant when you have to make a change particularly when it’s someone like Lesley who has been an absolute professional and worked hard every day really tried to do the right things”, the head coach added.

“With the makeup of the team we’re trying to do what we can to get that winning formula. It’s really a positional change so really disappointed that we had to let Lesley go.

“It’s early days for Justin going into tonight’s game. He’s someone that we’ve watched for a long time and he’s been on the radar for a while. He became available at a time when we felt we needed a different positional fit.

“We’re really excited to get him here. He’s obviously going to take a bit of time to get acclimated into the group but as I say we’re excited to see what he can bring.”

Turning to his opponents tonight, Steutel is in no doubt that it’s another hard game for his roster to go into.

“Plymouth are a very potent offensive team as they proved in their last outing by beating Surrey”, Steutel continued.

“They have some scorers and some depth as well as firepower across the court. So regardless of whether they travel well or they don’t we’re planning for a difficult Plymouth team.”

“We have to make sure we slow them down. We key in on their personnel and we find a way to make sure they don’t get going in the game. It’s back to those two words. Consistency and discipline. If we do that on both sides of the ball we’re hopeful we can get the result we all want.”

There’s no doubt that Steutel, his Assistant Gary Stronach and the organisation are working hard to bring to Newcastle the team that the supporters and indeed they all crave. Time will tell if the latest changes can effect that.

The game tonight tips off at the slightly later time of 19:45pm due to it being shown live on Sky Sports Arena and YouTube channel.