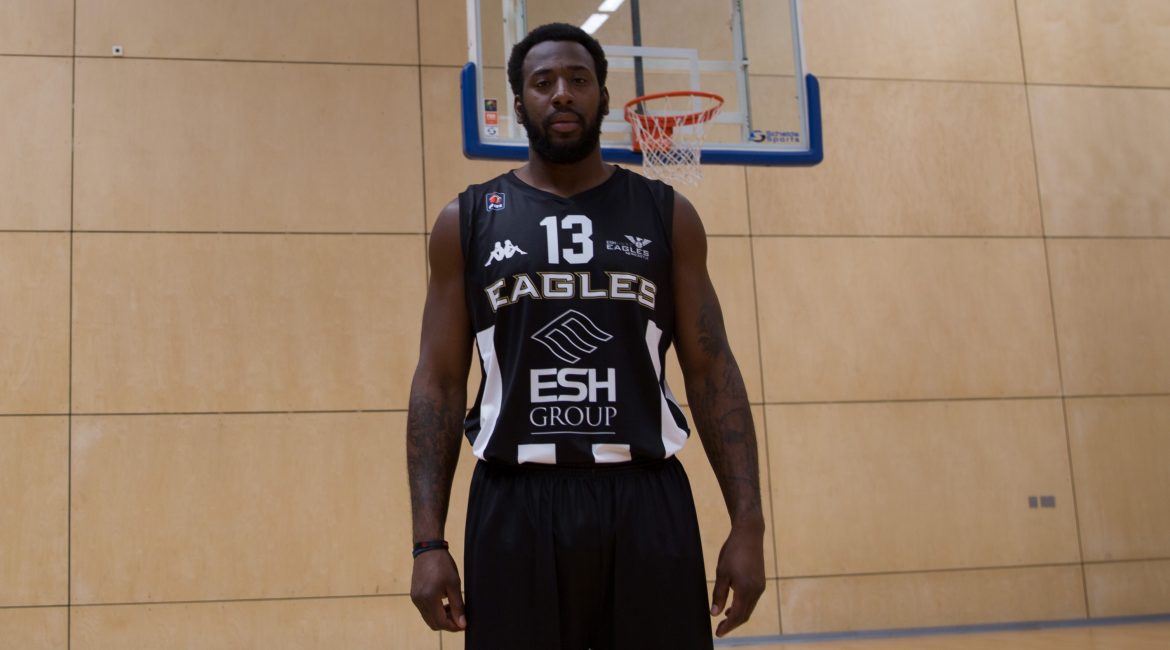 Esh Group Eagles Newcastle face their biggest challenge of the 2018-19 BBL Championship season so far as reigning Champions, Play-Off winners and Trophy holders Leicester ride in to town. It’s an eagerly awaited clash of the two powerhouses of British basketball with the rest of the league looking on.

The Eagles are currently flying high at the top of The BBL table having won all five games they have played so far. The Riders by contrast due to European commitments have only managed a single game in Championship play thus far, albeit a winning one at that.

The teams could hardly be going in to the contest in different circumstances. Newcastle have had a 12-day break since their excellent road win in Plymouth whilst Leicester have had to travel to the game via Hungary where they lost their third game in a row in the FIBA Europe Cup a mere 48 hours ago.

For the Eagles, home Captain Darius Defoe has been delighted with the way his side have started this term and feels the key to why they are doing so well is no secret to the team, their fans and the rest of The BBL.

“We’ve been playing really good defence and more of it and then turning that defence in to effective offence at the other end. I think we’ve gone back to basics this season. Fab (Flournoy) has brought back the old school Eagles way of playing and that’s all about the defence and that’s where it starts.”

“It just seems like a real team feeling right now. Everyone’s together working hard for each other and all playing the roles we need them to play.”

Perhaps no-one has demonstrated that more than Defoe. For so many years he’s been a starter for Flournoy and Newcastle but this season his role has changed significantly. He now comes off the bench to support the starters and has done so to great effect, averaging 18.8 points, 6 rebounds and 3.2 steals per game.

“Fab and I talked about it before the season with the players he was signing and what he wanted me to do. That was okay by me as at the end of the day I’m a team player and all I want to do is whatever I can to help make sure the team are winning and we are so far.”

“It means I can sit down and watch where the other team is struggling so that when I go on I can see what I need to do and where I can attack them from.”

The difference between having a 12-day break or coming in 48 hours after playing in Europe does seem a big contrast but Defoe is not convinced it will affect the outcome.

“It might help us because we’ve had time to rest and work on things but we were also in a good rhythm so that could be effected. Leicester lost in Europe but they also got a game in so that might have helped their rhythm. Leicester are a tough team and we know they’ll be ready.”

“We just have to come out and do what we’ve been doing, playing hard, playing defence and working hard for each other and look after our game. It’s just another game where we have to focus on ourselves. They will be tough we know that but if we follow the scouting report and do what we have to do we should get the win.”

Leicester could be without star guard DeAndre Burnett who missed Wednesday’s game in Hungary and they also have a doubt over forward Trayvonn Wright.

The Eagles meanwhile look to be at full-strength and ready for a game that tips off at 7:30pm at Sport Central and is crucial to both teams’ season going forward.

Get your tickets now or on the door: