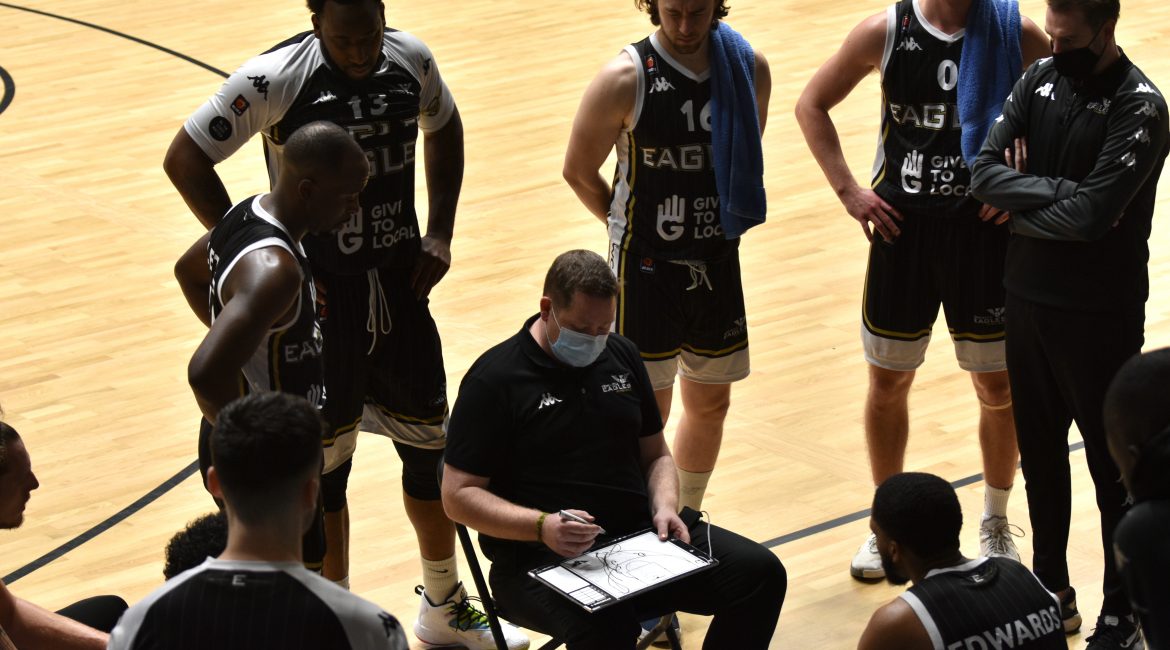 Newcastle Eagles fly into Cheshire hoping to douse the Phoenix’s flames and continue their tremendous work that they’ve put in this week.

The high-flying Tynesider’s made it three wins in six days with an 88 – 75 victory over Worcester on Friday night at the ECA.

That result followed Wednesday’s Quarter Final BBL Cup 72 – 64 win over Bristol Flyers that has earned them a Semi-Final clash with fierce rivals Leicester Riders early in the New Year. The week will end in the North West today where it started last Sunday with a 98 – 84 win at Manchester.

Head Coach Ian MacLeod reflected on the week so far as well as previewing today’s game starting with a look at what had pleased him most about the win over Worcester.

“The unity we showed. We had a couple of times when it wasn’t perfect but the guys really rallied together. I was happy with the leadership shown and our response to those moments. We just kept picking it up when we needed too.”

Remotes at the Ready for British Basketball’s Second Season on Sky Sports
October 10, 2021

“We took our foot off the gas a couple of times but we knew what we had to do and were professional enough to bounce back from those. The team display and the unity shown by the guys was definitely the best thing for me.”

Newcastle controlled the game from the tip but credit must go to a shorthanded Wolves side that never made it easy for MacLeod’s men on the night but they got the job done and move to a 3 – 1 record in The BBL.

So far so good then for the Eagles who have now won three-in-a-row since slipping to a one-point defeat at Plymouth a fortnight ago. MacLeod is keen to keep that run going today.

“Four games in seven days overall and we’ve won the first three. If we can complete that with a fourth win that would be fantastic. We’re not getting ahead of ourselves as there’s a lot of work left to do. Cheshire are a good team but I’m very happy with the application of the players so far.”

There does seem a real togetherness about this Eagles roster this season and a sense of them all fighting and playing for each other rather than individual glory.

“The cohesion and unity of the team not just of the team but of the people we also have around us is really pleasing. So, it’s Cheshire next and then Glasgow and Manchester before the New Year.”

“The games are coming thick and fast but this is what we’ve waited six months to do so we’re not going to complain about the amount of games we have to play now. Four months ago, we weren’t even sure there was going to be a season.”

“Hopefully, the fans will get a chance to come back and see some of this but for now bring on the games. We’d rather do that than just practice all week. So, looking forward to Sunday at Cheshire and it all.”

One of the noticeable things in the Worcester game was that returning GB International Rex Pflueger only played sixteen minutes in the game but that was something MacLeod had planned in his strategy.

“Rex is coming back. He’s not carrying an injury. It’s about building fitness. What people forget is that these are pro athletes, highly tuned and they had six months away from what they do. So, we have to be careful with that with everyone not just Rex.”

“It’s about building. Building the team but building the individuals as well. We go into Cheshire in good heart and with confidence high. We’ve done well so far but Cheshire are a tough team with two quite dynamic guards and they’ve brought in a new big with Jimbo Lull as well.”

“They’ve got a few vets and some youth so are an interesting mix and a new challenge which we have to be ready for.”

The game will be live to watch on the BBL Player.