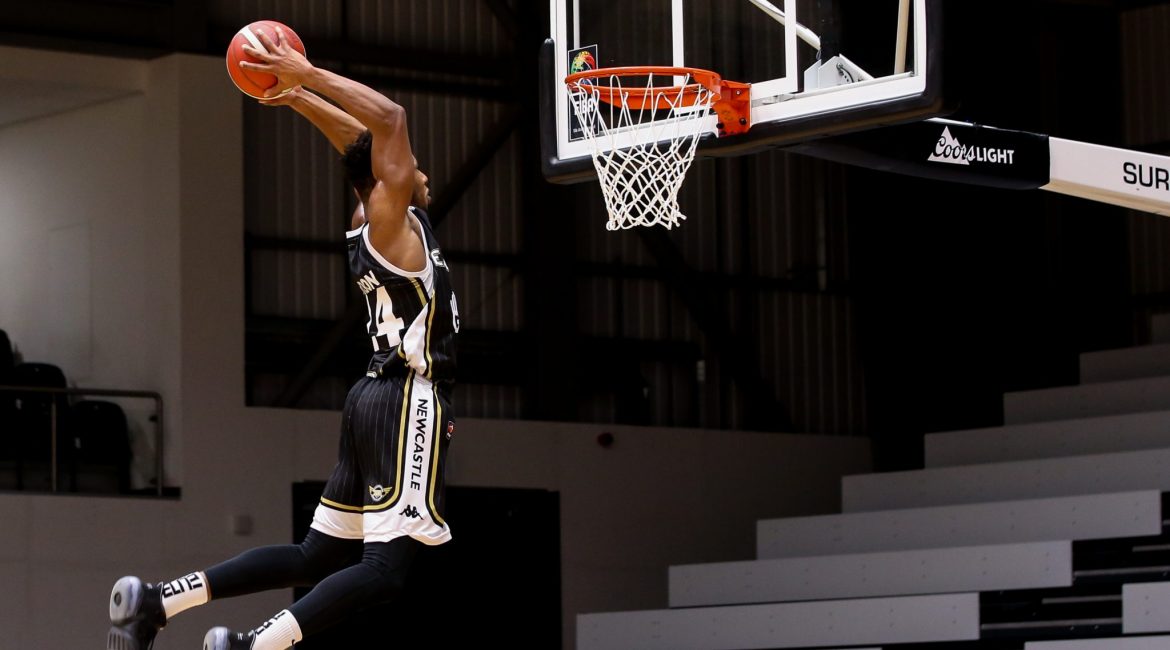 For five glorious years between 2012 and 2017 there was only one thing more certain than Santa Claus at Christmas: Newcastle Eagles would contest the BBL Cup final.

It was a competition that belonged to Fabulous Flournoy’s all-conquering side as the UK’s most successful franchise appeared in six straight showpiece finals.

On four of those occasions imperious Newcastle emerged victorious. For half a decade no other team came close to matching the Eagles’ remarkable record as undisputed kings of the Cup.

But for the last three seasons it’s been a frustrating story of what might have been…or what never was.

Two painful exits at the quarter-final stage stuck in the throats of fans more used to big days out at the BBL’s biggest events.

And a single semi-final appearance is the best Newcastle have to show for their most recent Cup efforts.

Victory against Bristol at the Eagles Community Arena last night matched the club’s 2018/19 run to the Final Fours.

But given the nature of another impressive win few would bet against Ian MacLeod’s men making a first Cup final in four years.

Not for the first time this season Evan Maxwell, Justin Gordon and Cortez Edwards underlined the importance of smart close-season recruitment.

The trio of summer signings proved too hot to handle as they combined for 52 points, 24 rebounds and 12 assists.

But if all eyes were on the head-to-head between this week’s All-Star Five picks Gordon and Marcus Delpeche then nobody bothered to tell Maxwell.

Newcastle’s mobile centre is fast becoming the Eagles’ Mr Consistency and when the work needs doing the big American invariably gets it done.

A typically efficient first quarter saw Maxwell rack up 10 points as the hosts picked up where they left off against Manchester.

And coach MacLeod’s only frustration as the buzzer sounded on the opening period was that the Eagles’ 17-16 lead didn’t reflect a dominant start.

At times it was like watching the Harlem Globetrotters as the hosts rolled out their full array of exhibition plays.

Gordon opened his account with a trademark dunk to fire Newcastle 4-3 up before an outrageous no-look reverse pass played in Maxwell in the paint.

A Bristol foul denied Gordon a deserved assist on that occasion but the Eagles’ thrills and Flyers’ spills continued apace.

Rahmon Fletcher’s inviting alley-oop pass was slammed down by that man Maxwell and MacLeod must have been beaming beneath his mask.

Newcastle could – and should – have been well ahead and the hosts set about opening up a game winning lead in the second period.

Bristol were held scoreless for the first five and a half minutes as the Eagles opened up a 27-16 advantage.

And Edwards, who fell two assists short of a triple double for the second successive match, got in on the entertainers’ act as he casually set up Gordon for a slam off the glass following yet another Newcastle fast break.

MacLeod’s men took a 12-point lead into the half against a Bristol side just about clinging to the coat tails of the all-action Eagles.

But Flyers’ coach Andreas Kapoulas must have got the message across in the locker room during the break as the Flyers finally started to stifle the fluidity that underpinned Newcastle’s near-perfect first half.

The hosts managed just two points in the first four minutes of the third quarter before Fletcher and Edwards sparked the scoring burst that secured a 17-point lead heading into the final period.

And a clearly exasperated Kapoulas let rip on the bench as he ordered his players to ‘sprint back or sit down’ following too many failed attempts to halt the fast break.

But it was too little too late from the GB assistant coach and the Eagles head into Friday’s league clash against Worcester Wolves in eye-catching form.