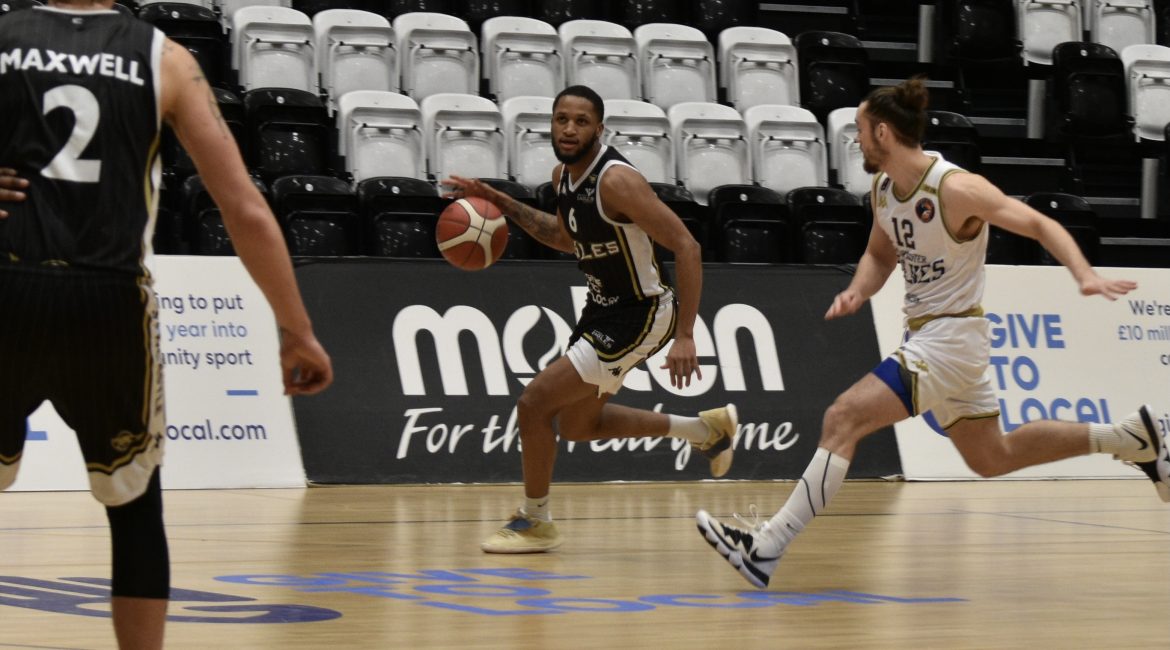 The flying Floridian put together an eye-catching showreel during his rookie season with Matt Newby’s men.

And it’s no surprise a slew of BBL clubs were keen to prise Edwards away from the Wolves this summer.

Newcastle won the race and within the space of three months the ex-Southern Mississippi star has become the talk of the Toon.

And it says everything about Edwards’ lightning start to his time on Tyneside that last night’s return of 11 points, seven assists and six rebounds seemed strangely underwhelming.

For the second time in three days the scoreline barely reflected the home side’s tip to buzzer dominance but Ian MacLeod will be delighted with another two points during a hectic December schedule.

And in successive league fixtures leading into the Wolves’ clash, the versatile guard had fallen just two assists short of a triple double.

Edwards and Rahmon Fletcher are already being talked about as one of the best backcourt combinations in Newcastle history.

And across the country coaches everywhere are frantically working out how to contain two of the most talented all-rounders in the BBL.

By his own lofty standards Edwards was unusually quiet during the first quarter — two points and one assist in seven minutes a poor reflection of his recent form.

Of course, Worcester know better than most the threat their BBL Cup winning playmaker poses and the visitors contained it well.

But by doing so they allowed Evan Maxwell and Justin Gordon to make gains in the paint and two more form players made that advantage count.

Wolves were racking up the fouls in a bid to negate Newcastle’s full-court threat but Matt Newby’s men were keeping pace at the offensive end.

And had Maarten Bouwknecht converted a buzzer-beating triple Worcester would have taken a two-point lead into the second period.

If the Eagles had expected an easy ride against the short-handed Wolves then a second game in 48 hours wasn’t going all their way.

Edwards might have been the focus of the pre-match conversation but for once the 23-year-old was playing second fiddle to his fellow close-season signings.

With all the talk around the Edwards-Fletcher axis, BBL analyst Drew Lasker had slipped under the radar heading into the third of four games in eight days.

But it was Newcastle’s 37-year-old who lit up the second quarter just when the Eagles needed a spark.

Lasker announced himself with a looping three to fire the hosts 37-29 ahead before a smothering steal on halfway drew the latest Worcester foul.

That the classy Texan converted two from two from the bonus stripe was hardly a surprise.

Newcastle’s two-time league MVP might have rimmed out with that attempt but he finished the half with 11 points and a rush of momentum.

MacLeod’s men led by 14 at the half and within the blink of an eye that advantage was extended to 20 points thanks to that man Edwards.

Worcester’s seven-man rotation was starting to tire but it was the Eagles who were suddenly facing serious foul trouble.

With the clock running down on the third quarter, three of Newcastle’s big men had four fouls apiece — Maxwell, Gordon and Darius Defoe all walking a disciplinary tightrope with more than 12 minutes to play.

All three players saw the game out and the Eagles head to Cheshire on Sunday seeking a third successive win before a brief Christmas break.