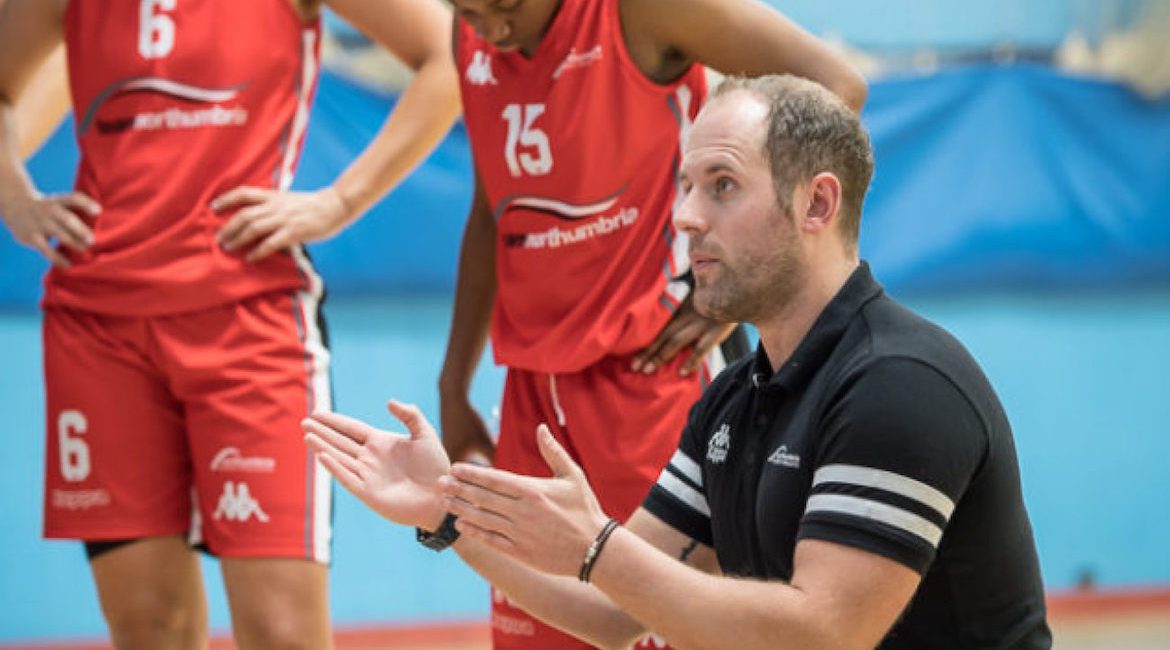 Chris Bunten has set his sights on bagging more silverware after the highly rated playcaller was confirmed as the new head coach of Newcastle Eagles WBBL.

The man who led Team Northumbria to playoff final glory in 2016 was widely tipped to remain on Tyneside.

And Bunten will lead Newcastle into action against Leicester Riders in tonight’s first pre-season friendly confident that a team in transition can become a top contender.

“It’s really exciting to be taking this team into a brand new era and to be working more closely than ever with the most successful men’s team in British basketball,” said the England women’s assistant coach.

“In many respects my job hasn’t changed at all – I’m working with some familiar faces in an environment I know well and I want it to be business as usual. The model is still there to bring talented players to the North East and provide a pathway for them to develop their careers.

“What has changed is that we are now playing under the Newcastle Eagles name and that is a huge opportunity that we’re keen to capitalise upon. We have the chance to commercialise our sport, develop the women’s game and position basketball as the premier women’s sport in the North East.”

And ensuring Bunten was in place to oversee the on-court transition was central to owner Paul Blake’s takeover.

“Chris has done a fantastic job with TN for the last four years and he was the obvious choice,” said the Eagles’ owner.

“We have identified the positive effect a successful WBBL side can have on the region and we want to grow the women’s game. Chris will be working with a core of familiar faces and we will be adding to our roster during the next two weeks.”

Bunten enjoyed a successful spell as England women’s assistant coach at this year’s Commonwealth Games and has forged a reputation for nurturing and developing rising stars and established professionals.

For now his focus is on integrating several new faces into a team that will benefit from a slew of returning stars.

“Giulia Simioni, Kara Bonenberger and Kalina Axentieva were quick to commit to the new team and all three boast invaluable WBBL experience,” he added.

“And bringing back Rachael Bland is a real boost. She’s such a smart player and does all of the things that a coach looks for. All four will be key to helping the new players settle and although we won’t have a full roster for the Leicester game it’s a good place to start. We want to be playing the very best if we aspire to be the best. Our aim is to win silverware as Newcastle Eagles WBBL and that journey starts now.”

Newcastle tip-off against the Riders from 5pm at Sport Central immediately prior to the men’s friendly against Sheffield Sharks at 7.30pm.

MacLeod To Take On New Role This Summer