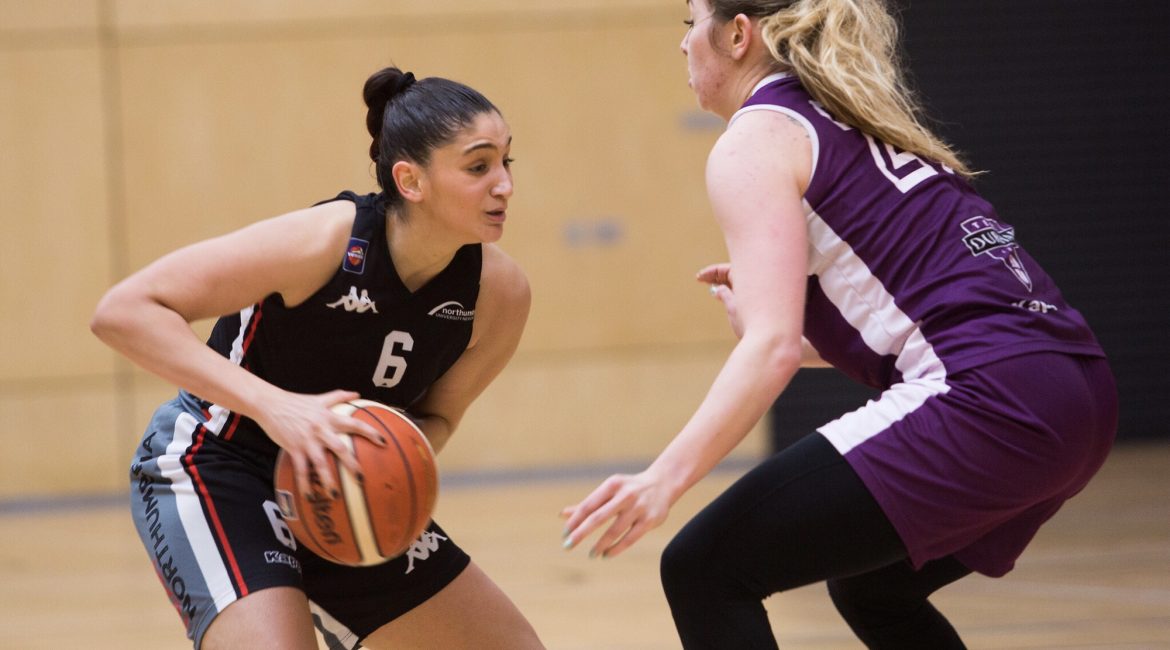 It’s Sofia so good for Newcastle Eagles WBBL after the club added one of Bulgaria’s hottest prospects to an ever-expanding roster.

And Esh Group Eagles Newcastle owner Paul Blake is delighted that the Under 20 international has committed her future to the club.

“I know Kalina impressed the Team Northumbria coaching staff when she captained her country in 2015,” he said.

“TN coach Chris Bunten was out in Montenegro that year and liked what he saw. As a result, Kalina started a Business with Financial Management Masters degree course at Northumbria University last year and had a great first season in the WBBL.

“I’m excited to see how she grows and develops as a player during the next few weeks and months.”

The future of WBBL basketball on Tyneside looked bleak earlier this summer following Northumbria University’s decision to withdraw all of its teams from national league competition.

But the Eagles stepped in to ensure top flight women’s hoops remained a staple of Newcastle’s sporting diet.

And with less than four weeks to go until the club tips off the 2018/19 campaign, Axentieva offers further familiarity to a team in transition.

The Sofia-born shooting guard emerged as a key player for an injury-ravaged TN roster last season.

Prior to her move north Axentieva graduated from Southampton University and had been playing her trade with Team Solent Suns in Division One.

And the talented 22-year-old will be fighting for a starting five spot with more key signings expected to be announced this week.

You can see the full schedule of the team’s games for the new season on the WBBL Fixtures and Results pave.