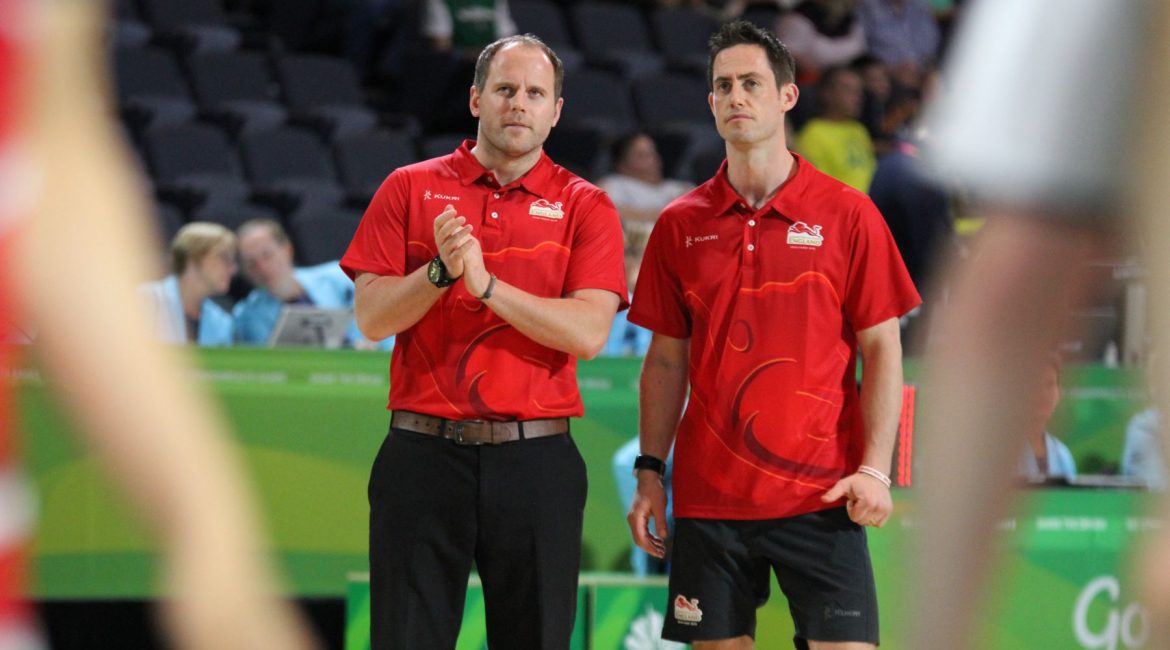 Tomorrow morning it’s a huge game for the England women’s basketball team at the Gold Coast Commonwealth Games as they play for a medal in the semi-finals and with the men’s team now out of the running after this week’s loss against Canada the question is can the girls do what the guys could not?

At 9:30am UK time Team England will face the Canadian women’s team who beat them 80-54 in the first game of the competition, so there’s a score to settle.

Our attention to the England women’s road to Australia started back in October last year when Basketball England announced that their coaching staff would feature one of our Eagles Community Foundation coaches in Team Northumbria WBBL head coach Chris Bunten as the assistant coach and performance analyst for the Gold Coast Games.

Coach Bunten flew with the rest of the Team England basketball staff and squads to the pre-games camp in Brisbane earlier this month and then on to Townsville for the preliminary pool round and qualifying final to get into tomorrow’s medals stage.

Talking to us on the eve of 40 minutes of basketball which could secure his team a medal, Chris reflected on the experience “It’s been phenomenal, we’ve been very fortunate to travel around, starting back in Brisbane there was a massive buzz about the place it was very professional how the athletes were looked after and then we flew to Townsville which is the home of basketball in Australia.”

“Training was great, the volunteers are fantastic and the basketball has been really great too, just living and breathing it, talking to other coaches and having the opportunity to listen to different philosophies, then scouting hard to try and get a medal.”

After Team England’s men exited the games this week after losing to Canada 97-79 in the quarter-finals, but Bunten was clear that despite the disappointment the girls remained focused on their qualifying round.

“The players themselves wanted the men to do well, we all did, we want everyone in Team England whether its Drew [Lasker] and the guys or whether its anyone on the track, but we’re very focused on what we wanted to do. If the time table allowed then we could support them, but if we have training, video or meetings then that took priority obviously. For us it was business as usual on what we want to achieve out of these games.”

The whole of Basketball England’s hopes and dreams rest on their shoulders going into the semi-final and with the support of both Eagles and Team Northumbria fans closely following him, TN player Hannah Shaw and former TN WBBL star Nicolette Fong Lyew Quee all now on the Gold Coast for the final stages the pressure is on.

“This is the game of the tournament, the winner is guaranteed a medal. Canada are favourites by far, so for us this is a game we’re taking very seriously. We’ve made some key adjustments from the first game to now and I know the girls are ready for it, we had a great training session today, there’s a great atmosphere, the game plan is set and we’re just waiting for the lights to come on.”

“I really appreciate all the support, especially for me with the messages from Newcastle and my home of Hexham it’s been great and I know that is echoed throughout the whole team. So we’re really keen to show that fight and passion and try and put women’s basketball on the map.”

You can watch the England vs Canada game live on BBC Sport from 9:15am with tip-off at 9:30am (UK times) and follow the coverage on the Basketball England Twitter account.