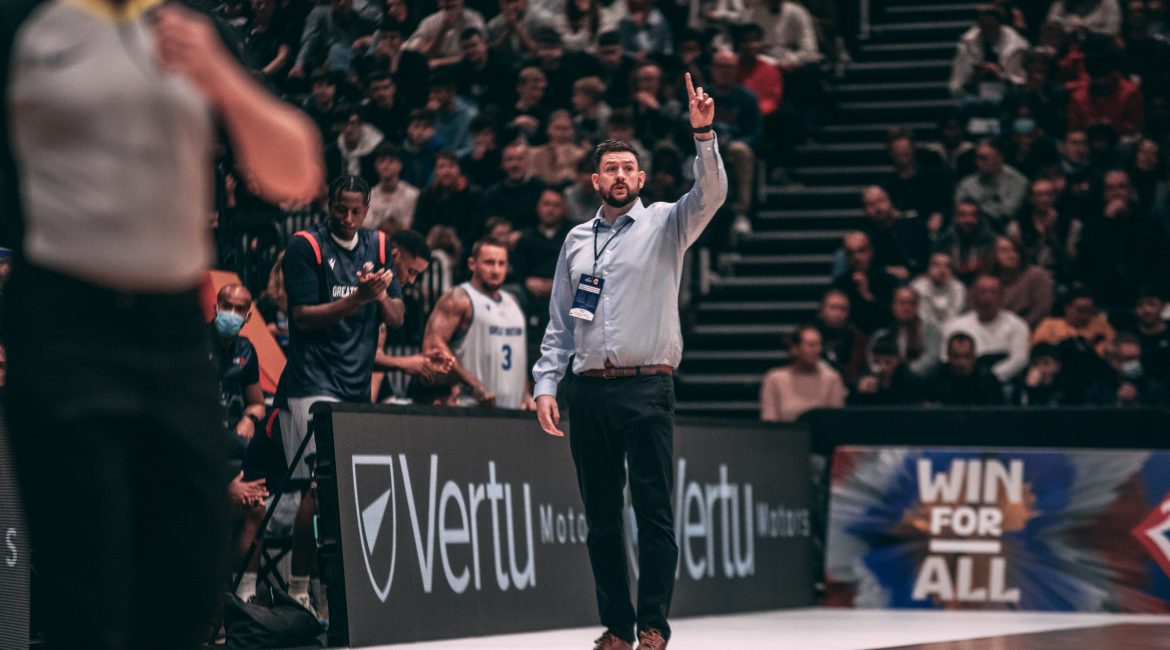 Marc Steutel insists there’s no place like home as he prepares to represent Newcastle Eagles on the World Cup stage next weekend.

And a proud Steutel will step on court as part of GB’s coaching staff for the first time since being appointed the Eagles playcaller.

“This will be the third GB senior international in Newcastle and from day one I loved how the fans welcomed me and the players,” he said.

“It’s always felt like home when I’ve coached here in the past but this time it’s officially my home. That feels extra special.

GB vs Latvia in Newcastle This August On Sale Now
July 3, 2022

“I guess what will be different compared to the games against Germany and Greece is that I’ll be sat down a lot more!

“Nate [Reinking] is back as head coach and that means I won’t be jumping around and shouting as much.

“But I always value the chance to represent my country and I’m excited to be doing that as the Newcastle Eagles coach.”

Turkey named three NBA stars in their preliminary squad for what promises to be a mouthwatering Group B clash.

But Steutel believes the in-form hosts can spring another surprise against quality opposition after toppling Germany and Greece on Tyneside.

“We want to compete with the best in the world and we want more wins on the board,” he added.

“It’s going to be a really challenging window this time for a number of reasons.

“This time of year means it’s a difficult window for us and it really benefits the other teams in the group having their top players available.

“But right now the mindset of our guys is 100% positive. They believe they can beat any team on any night once they pull on that GB vest.”

GB face Greece in Larissa on Thursday before heading home to tackle Turkey in front of almost 3,000 fans.

A record of 12 wins from their last 15 senior internationals has seen Steutel and co. qualify for September’s EuroBasket tournament and secure a place in the next round of World Cup qualifying.

And only the Turks, France and Montenegro have found a way past GB since November 2018.

Significantly, Cleveland Cavaliers assistant coach Reinking is back at the helm after a combination of Covid restrictions and NBA commitments prevented him from overseeing the national team in person.

And Steutel added: “I’ve said it before and I’ll say it again — this is a position that Nate has worked for, earned and fully deserved.

“It’s the dream job for someone who’s committed so much of his career to British basketball and it’s just unfortunate that circumstances have conspired against him during the last two years.

“As a player, assistant coach and head coach Nate has been synonymous with the Great Britain national team for so many years and there’s no better man for the job.

“He has earned this chance to coach against two genuine world powerhouses this week and I know he’s relishing that opportunity.

“Nate is really buoyed about coming back and leading the group again.”