Shelton Ruled Out For Season

Newcastle Eagles/News/BBL/Shelton Ruled Out For Season 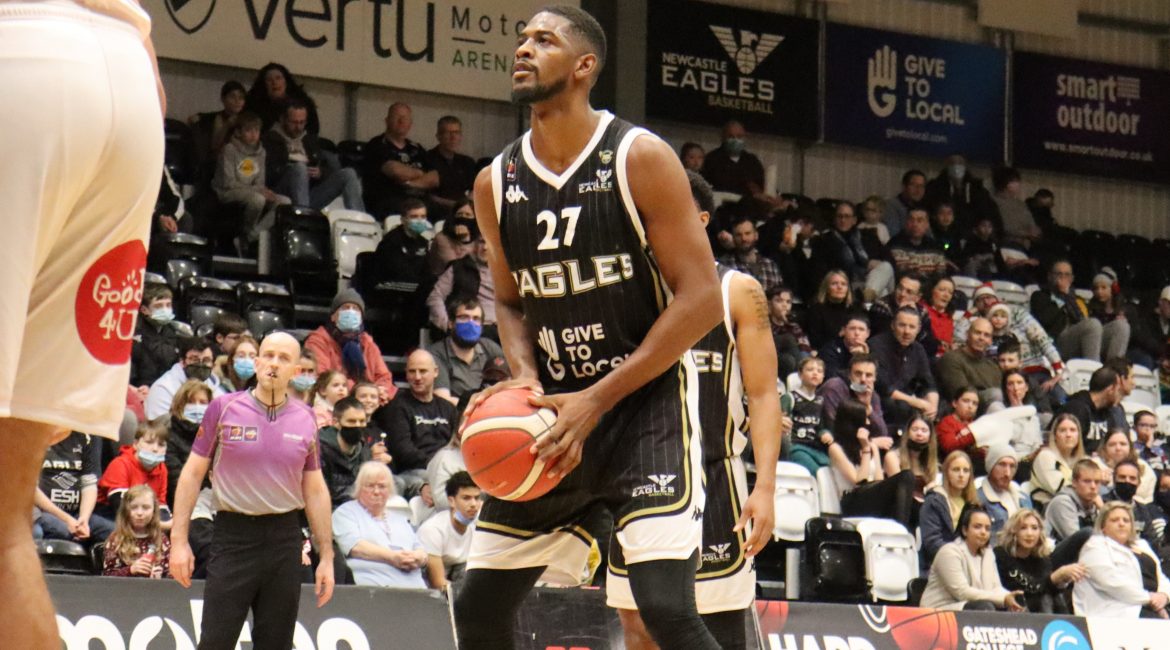 The popular forward was ruled out of Friday’s 102-81 defeat at Sheffield Sharks and looks set be sidelined for several weeks.

The unpredictable nature of Shelton’s foot injury means Newcastle bosses have made the difficult decision to de-register the dynamic US star.

But Eagles’ playcaller Ian MacLeod confirmed the club will support the BBL rookie in his ongoing recovery with a view to a possible return to Tyneside.

“It feels like déjà vu after what we’ve been through with Daniel [Johnson-Thompson] and Louis [Sayers] already this season,” said Newcastle’s head coach.

Steutel Seeking One More Piece To His Puzzle
October 7, 2022

“In fact Duke’s injury is identical to Louis’s — he rolled his ankle and fractured his foot.

“It goes without saying that everyone involved with the club is incredibly disappointed that another key player will be unavailable for the foreseeable future.

“Duke’s a fantastic personality and a committed professional and we’ll be working with him closely to ensure he gets back on court as soon as possible.

“As a group we have to move on and focus on getting back to winning ways against Surrey on Friday.

“Of course, we’re down to the bare bones right now and with February’s transfer deadline on the horizon we’re considering all of our options as far as strengthening the team is concerned.”

Shelton’s passionate performances in a Newcastle vest have made him a firm favourite with fans at the Vertu Motors Arena.

And his work ethic and determination to develop as a professional have endeared him to MacLeod and the Eagles organisation.

Shelton’s presence under the glass at both ends of the court has caused problems for rival players all season.

And he was sorely missed as short-handed Newcastle slipped to a dispiriting defeat at fierce rivals Sheffield.

“I think our lack of depth told defensively in Sheffield,” added MacLeod. “When you score 81 points in a basketball game it should give you a chance at winning.

“It’s obvious where we were lacking and where we need to be better.”

Newcastle bosses are working around the clock to identify potential new recruits ahead of Friday’s homecourt clash against Surrey Scorchers.

And hopes are high that MacLeod will be in a position to add to his roster by the time league action returns to Tyneside.

Shelton has averaged a near double double in BBL Championship fixtures this season with an impressive 14 points and nine rebounds per game.

The energetic all-rounder had been an ever-present in the league prior to the Sharks’ clash and had become a popular member of the Eagles’ community.

“Duke will be a big miss on and off the court,” added MacLeod. “But I know he’s right behind the rest of the guys as we head into the business end of the season.”