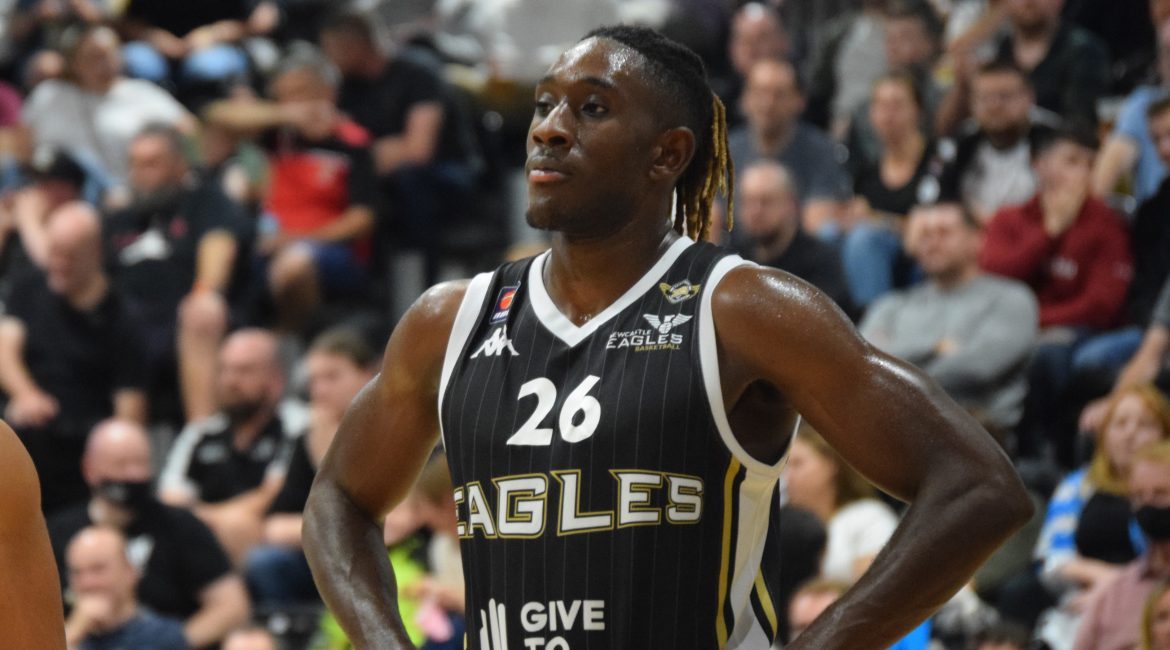 Newcastle Eagles have been dealt an injury blow prior to Tuesday’s homecourt clash against Cheshire Phoenix at the Vertu Motors Arena.

Summer signing Daniel Johnson-Thompson has been out of action for most of December after twisting his knee at the Phoenix earlier this month.

And scans have confirmed the worst case scenario with the British forward set to miss the remainder of the season.

“Scans have revealed that his knee injury is a bad as we thought it might be and his season is sadly over.

“Dan is someone I want us to invest in long-term and we’re fully behind supporting him through his rehabilitation phase.

Johnson-Thompson became an instant crowd favourite on the back of a series of powerful performances off the bench earlier this season.

And after a spate of Covid cases and injuries to team-mates thrust him into the starting five, the former Worcester Wolves favourite doubled down on that instant impact.

Johnson-Thompson played big minutes when Newcastle were down to the bare bones in October — hauling down 11 boards at Glasgow Rocks on a night when the Eagles almost bagged an upset win.

And the 22-year-old was set to play an increasingly significant role in 2022 as back up to big men Darius Defoe and Duke Shelton.

The loss of Johnson-Thompson comes just as the Eagles look to get their season back on track when Cheshire Phoenix head to Tyneside on December 28.

Tickets for the final homecourt clash of 2021 are available from the box office and selling fast.