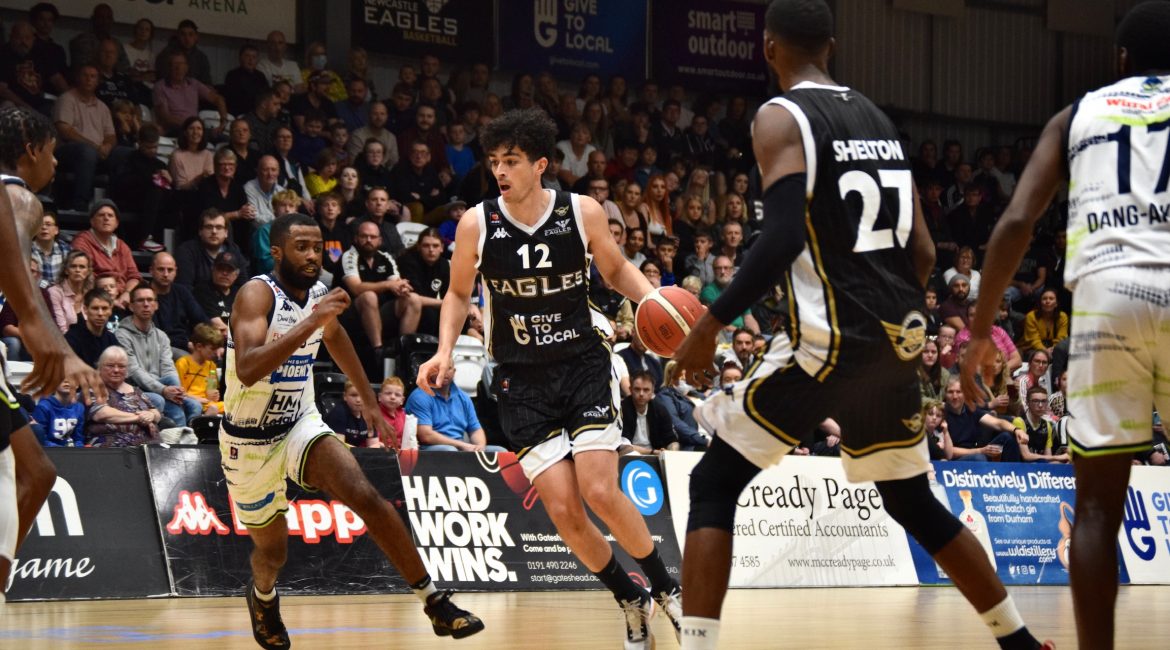 Newcastle Eagles have been rocked by a second injury blow in as many weeks after it emerged that Louis Sayers faces up to two months on the sidelines.

The three-point specialist and one of the BBL’s most improved players has enjoyed a strong start to his second season in an Eagles vest.

But Sayers broke a bone in his foot in the first half of last month’s homecourt clash against Cheshire Phoenix.

And the 29-year-old has been fitted with a specialist boot as he faces five weeks of complete rest.

Sayers’ injury comes just a fortnight after Daniel Johnson-Thompson was ruled out for the season.

And Newcastle head coach Ian Macleod admitted: “It’s a real blow for Louis and the team.

“He fell onto another player’s foot and twisted his ankle against the Phoenix but it seemed innocuous enough at the time.

“Louis was walking again by the end of the game and we sent him for an x-ray as a precaution.

“When we discovered he’d broken a bone in his foot it came as something as a surprise and it’s disappointing for everyone.

“But Louis is an excellent professional and a sensible guy. He’ll manage the injury properly and make sure he’s back on court as soon as possible.

“I can’t wait to see him back but it’s frustrating that this has happened so soon after Dan was ruled out for the season.”

That Newcastle have been shorn of two of their brightest British stars is the last thing MacLeod needs as the Eagles seek to arrest a four-game losing streak.

Big-spending London Lions are in town for a BBL Trophy tie at the Vertu Motors Arena on January 14.

And the hosts look certain to be short-handed for the visit of Vince Macaulay’s star-studded side next week.

“We’re considering where to go from here but I don’t think it’s an option to go back to some of the younger guys who stepped in when we were struggling with Covid and injuries earlier this season.

“We need players who can make an instant impact and it would be great if we could add someone like that.

“For now we’re just digging deep and doing what we can.

“Themba [Yabantu] had to play key minutes at Manchester on Sunday after playing in a final for Team Newcastle earlier in the day but it’s all hands to the pump.”

And the all-action forward is well known to Eagles fans after making an impressive guest appearance for the men in black during pre-season.

Blain is a regular courtside cheerleader for Newcastle on Vertu Motors Arena match nights and often warms up with MacLeod’s men before tip-off.

But Newcastle’s playcaller explained: “We’re not in a position to move Ronald into the BBL team.

“He practices with us every day but as he’s neither British nor under 23 we can’t move him up to the senior roster. It’s not as simple as that.

“He’s a Newcastle University’s player and we’re just fortunate that he can train with us at a time when we’re short on bodies.”