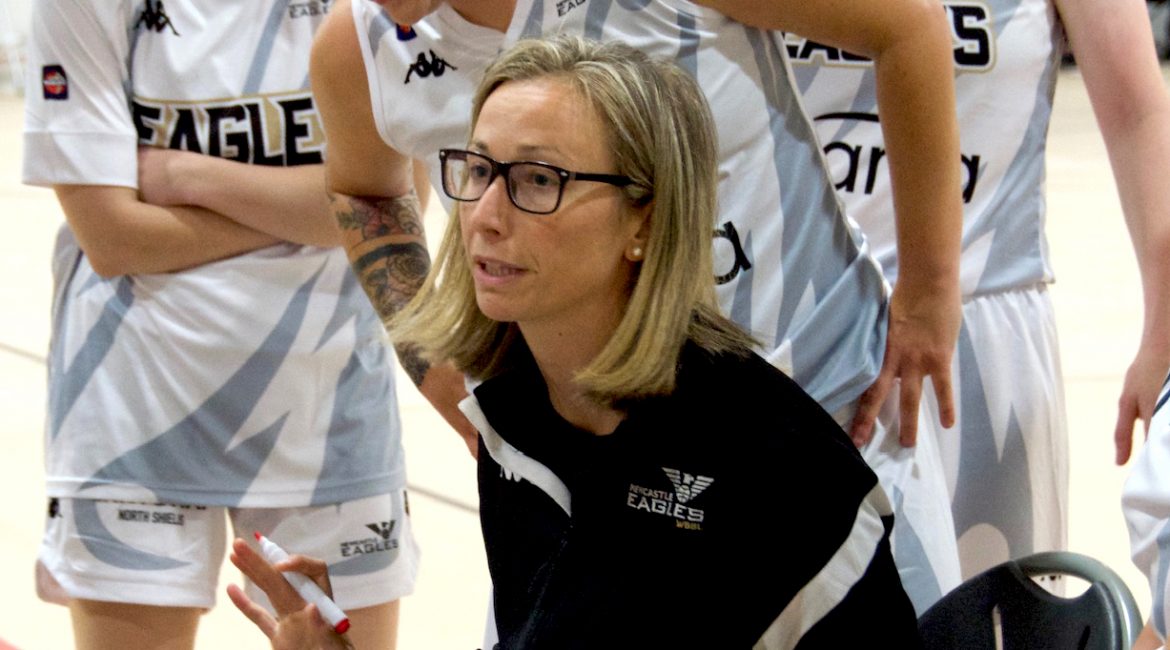 The WBBL returns to the court this weekend in spectacular style with a unique and inventive event that promises a cracking weekend of women’s basketball, writes Jeff King

16 elite teams across the UK will make their way to University of Essex, Colchester, to compete in the WBBL Trophy First Round hoping of making it one step closer to the Trophy Finals to be crowned the WBBL Trophy Winner 2023.

For the first time in WBBL Trophy history there will be four WNBL Division 1 teams competing alongside 12 WBBL teams. For the Newcastle Eagles it’s a Sunday afternoon tip-off at 4:00pmagainst Nottingham Wildcats.

The Eagles beat Nottingham at home earlier in the season 69 – 65 in the Championship but Head Coach Noelia Cacheiro knows that it’s going to be a tough game where past performances count for little.

“I think it’s going to be a great event. The venue could have been closer for us so that will facilitate travel and keeping fresh legs on the day. But I think it’s great that all teams will be there in the same place and we get to see each other.”

“We’re not travelling until Sunday and it is a long way so that’s one thing we’ll have against us. Plus we haven’t played in so long. We were doing well and we were winning and that Durham game that was cancelled could have been the icing on the cake for us.”

“That Durham game now will be so different as predicted they have new players coming in and we would have played a weaker squad but that’s for the future. In any case there’s the mentality that we were winning and go in with that mindset.”

“You have to believe you can beat anyone on any day. That’s the mentality you want. Yes, we’ve beaten Nottingham before but that was at home and it’s always an advantage when you play at home.”

“But we’ll go there with Nette (Lewis) who wasn’t in that original game so that will make a difference and mean they’ll have to adjust to our inside game that we’ve established.”

There’s no doubting that Lewis has made a difference to The Eagles roster and with Katie Nolan and Chloe Gaynor gives Newcastle a real triple-inside punch threat. That in turn releases the likes of Marina Fernandez and Maggie Justinak to wreak havoc on the outside. It’s a powerful combination for the Eagles.

“Nottingham don’t have any new players for us to scout. It’s pretty much the same squad we played. Jahnae Gyles is back from injury and looking pretty healthy so she’ll help them.”

“I’m pretty happy with the matchups. It’ll be a tough game but if we execute our plans then we should walk out of there with a win. We’ll see how the girls are after the travel as that’s always a consideration.”

Eagles, incredibly have only played two games since November 19th and as previously stated they were big wins. One at home v Oakland and the other on the road in Manchester. That lay-off is a concern for Cacheiro.

It’s always a challenge. All we can do as a coaching staff is put on good practices, encourage the girls to stay fit, focused and healthy and help them put the work in.”

“So all we can do is try to ask them to stay in shape particularly over the festive season when it can be excessive. But they’ve come back mentally ready although perhaps not s physically ready.”

“We’ll just have to adjust to what we have. We’re going in with a winning mentality and I don’t think there’s any other way we can go in. It’s a team we’ve already beat and haven’t made any improvements so numbers are in our favour.”

“But we have to have that right frame of mind and go in there from the start positively and do our homework so we don’t give ourselves any problems later in the game.”

The Trophy game will be followed by the Girls returning to the Vertu Motors Arena next Friday night for “The Big One” against Leicester Riders in The WBBL Championship.