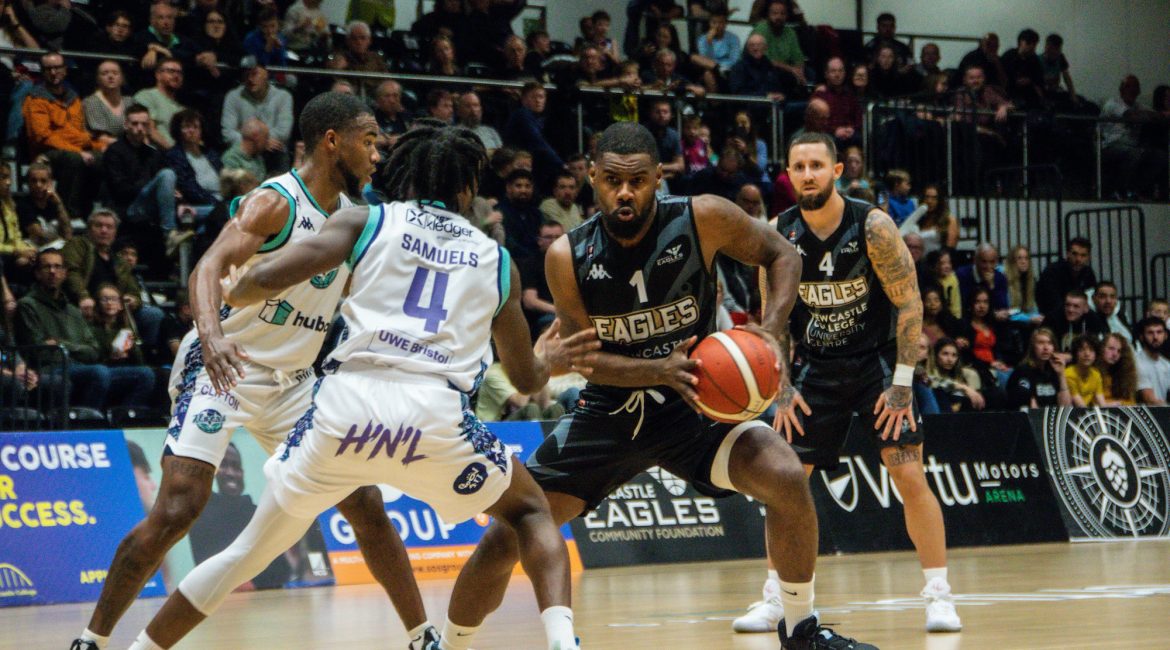 The team standing in their way of that opportunity are the team currently bottom of the league, the Surrey Scorchers.

The Scorchers have yet to win in six league games but they did beat Newcastle on their own court in pre-season and in front of the Sky Sports cameras with tip-off at 7:45pm, they’ll want to break their duck for the current campaign.

The Eagles side that turned out in that pre-season fixture is much changed and perhaps a different proposition. They certainly looked a more settled unit last weekend when defeating the Plymouth City Patriots and have another boost to their line-up tonight.

GB International Kyle Johnson who has just been called up again to the National squad for next weekend’s World Cup Qualifier against Serbia will be back on to the roster set to play in only his second Eagles fixture since his arrival following his return from injury.

Johnson who made his debut in the win over Bristol Flyers two weeks ago has had time to settle into Newcastle and the Eagles organisation and is liking what he sees.

“I think the set-up is great. I’m really enjoying my time here so far and the team is great. The guys are gelling together and we’ve had some really, really good practice sessions since I got here and I think we’re just getting better as guys get used to playing with each other.

“The organisation for me is first class. As far as looking after me and making feel at home I have nothing but good things to say.”

Johnson had to look on from the bench last week as his teammates put Plymouth to the sword and he was impressed with the result and the way the team played.

“Last week was a good performance. It was very solid especially as we were 1 – 5 coming in. I think the energy in the building with the fans was great and the team fed off that. It was a lot of fun to watch and hopefully it’ll be even better tonight.”

“I’m looking forward to it. I love playing in front of home fans, I want to at least try to get another win. I haven’t been around a lot of the other gyms to compare but from what I’ve heard from other people who’ve played in the league is that Newcastle have the best fans and I can believe that from what I’ve seen.”

“I’m good now and looking forward to playing in front of them again, I played the day after flying in against Bristol and perhaps my body wasn’t ready for that. But I’m good now and excited for the game.”

“We’ve got the international break coming up so it would be nice to get another win and just build. We have to have a one-game approach mentality. It’s a long season and as we get more used to playing with each other it’s going to be a lot of fun.”

Fun is something that every team needs to build a chemistry together. If Johnson and the Eagles can get that going it still has every chance of being a progressive season for a franchise looking to re-establish itself as a play-off contender after missing out in last season’s campaign.

Limited numbers of tickets are remaining on the box office for another packed Vertu Motors Arena tonight with the game live on Sky Sports and YouTube with coverage starting from 7:30pm ahead of tip-off at 7:45pm.