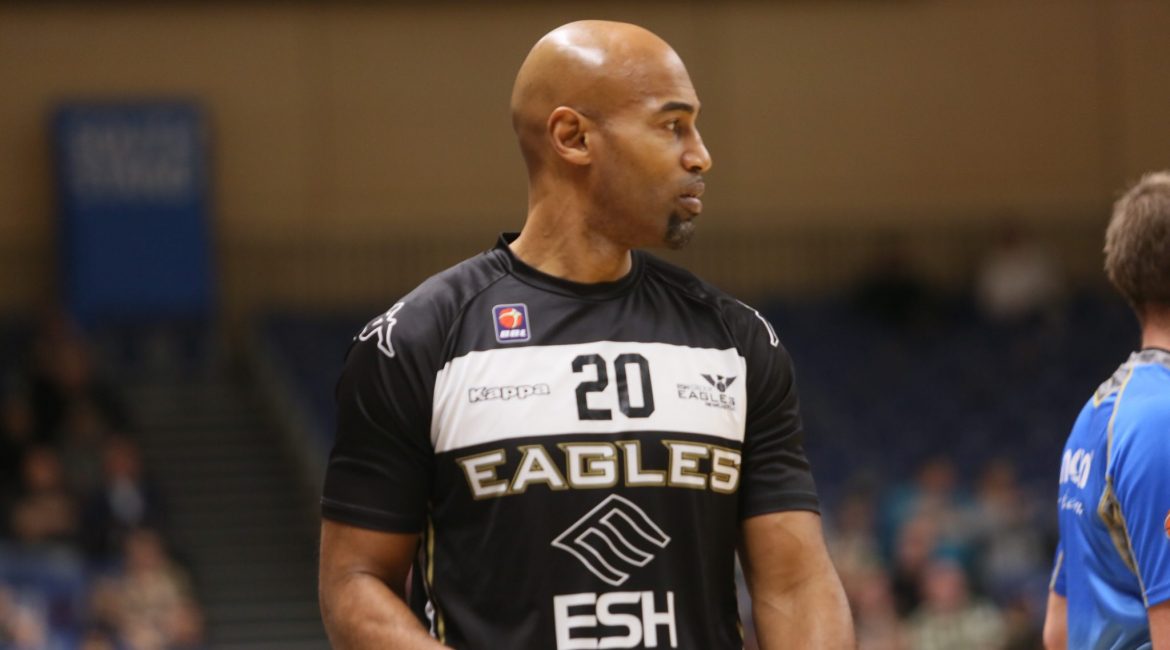 When Esh Group Eagles Newcastle lost 79 – 77 at home to Leicester before the Christmas break many began to write off Fab Flournoy’s talented but inconsistent side, writes Jeff King.

But, as all Eagles and British basketball fans know, when the going gets tough that’s when Flournoy gets going and after delivering a blistering assessment of his charges following that game he sent them away to think about things during the break.

Since their return there have been signs of a coming together and the players rising to Flournoy’s rallying call. Three straight wins including a reversal of that Leicester result leads Newcastle in to tonight’s crucial BBL Trophy Quarter Final against Sheffield in good heart.

“I’m the Coach, I always want more. But at this point we’re were we supposed to be. We’ve still got work ahead of us to do but at the same time we’re in a good position. Last week was a must-win game for the league situation it was as simple as that.”

“If we’d lost it wouldn’t have meant mathematically that we were out of it but if we had lost again to Leicester it would have meant that our destiny was in someone else’s hands. But right now, we control our own destiny and that’s where we want to be.”

“In this league you’re capable of beating anyone and losing to anyone.”

Looking at tonight’s game Flournoy knows better than most after the National success he has brought to The Club and The City just how important it is in the course of this season.

“Right out of the league and right in to the Trophy competition. Obviously with missing out in the Cup competition we want to make sure we don’t miss out in this competition. It’s going to be a tough task for us playing against The Sharks.”

“I think for us we can’t get complacent and think ‘cos we’ve beaten them twice already in the league we can take anything from that. This is a one-off cup game, and everyone starts at zero-zero and we have to be ready for a hard game as they’ll be ready for the same.”

“You can turn around and say we’ve beaten them twice, but the same thing happened with Cheshire. We’d beaten them in the league, but they came to Newcastle and beat us in the Cup. We haven’t forgot that.”

“As I said before, anyone’s capable of beating anyone on any given night. What we’ve done in the past and in particular with past games has no bearing and no meanings on tonight’s game.”

If The Eagles were to be successful tonight and come through with the win against a tough Sheffield side, then it would be Worcester Wolves in a two-legged semi-final standing between them and the Trophy Final.

As always though, Flournoy and his side will not be focusing on anything other than tonight’s game and what lies in the future can only be considered once the outcome of a great match-up is known.