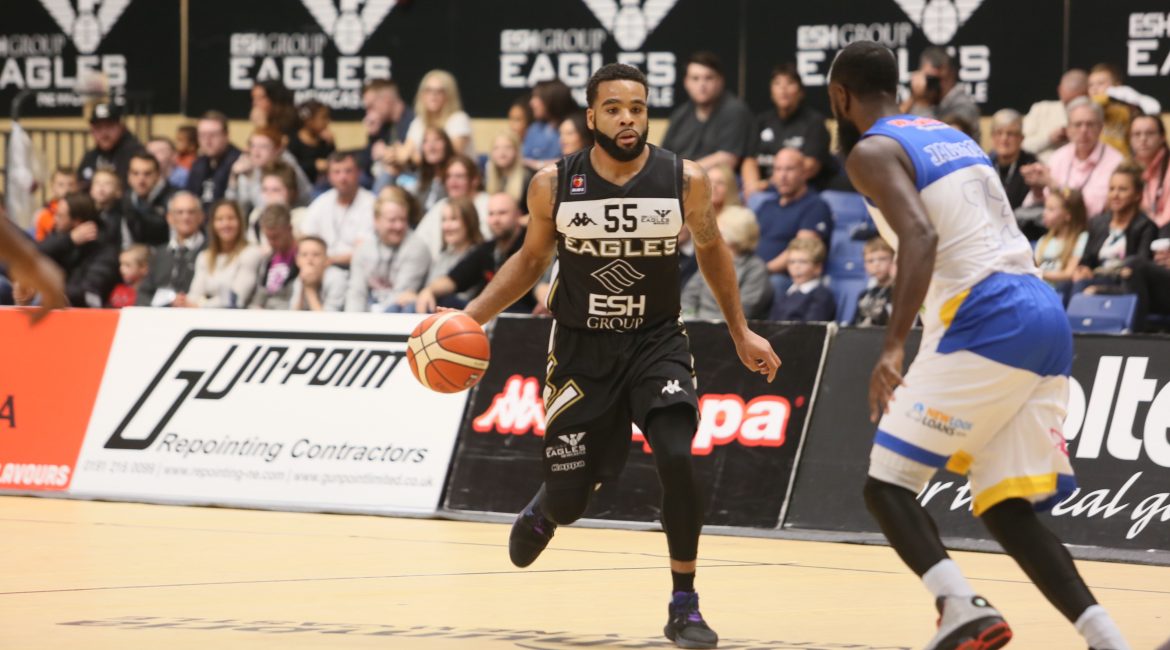 The Newcastle Eagles crashed to a last-second defeat to the Cheshire Phoenix, ending the club’s quest for a fourth successive BBL Cup.

A turnover with four seconds gifted Cheshire the ball and former Eagle Orlan Jackson scored the winning lay-up at the buzzer.

The result was all the more shocking after the Eagles roared from behind to take an 11-point lead with six minutes to play in the fourth quarter.

Jackman made his old side pay, scoring 19 on the night, while seven-foot centre CJ Gettys notched 22 points for the visitors as Newcastle failed to complete another Sport Central comeback.

Jaysean Paige top-scored with 22 for the Eagles, while the impressive Darius Defoe and Terry Martin finished with 19 and 14 points respectively.

But the only number on the Sport Central scoreboard that mattered means the Eagles are out of the BBL Cup, missing a golden opportunity to retain the silverware with the Leicester Riders already out. 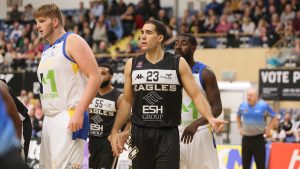 Ahead of the game, the home fans warmly saluted the returning Jackman, who left Newcastle after one season in the summer and now captains the Phoenix.

The Eagles have of course moved on themselves, with a summer recruitment drive that has left them with a host of offensive talent.

Point guard Saah Nimley has been vital to the Newcastle attack this season and his absence was felt in a difficult first half for the hosts.

Newcastle had the better of a back-and-forth first quarter but were unable to build a sizeable lead.

Kai Williams and Defoe started well but the hosts struggled to build a significant early lead as Cheshire quickly reeled them in.

With the giant Gettys dominant in the paint at both ends, it was clear Fab Flournoy’s side were not going to have things their own way.

Alongside him, Jackman looked like a man intent on showing the Eagles what they were missing, converting a three-pointer as a tight first quarter ended 26-23 to the hosts.

But a combination of wayward shooting and numerous handling errors in the second quarter meant the Phoenix were free to build up a head of steam.

Only a pair of late free-throws from AJ Basi prevented the Eagles going into the break behind by double digits, trailing 48-39 at the half.

But Defoe took charge of the early stages of the second to help Newcastle get back into the game, scoring points in the paint and even throwing a few full-court outlet passes.

Despite still trailing 60-59 at the start of the final quarter, the momentum was firmly with the Eagles while the visitors looked exhausted.

Paige took centre stage, racking up the points in a manner that flew in the face of his performance for much of the game.

After going on a 16-2 run sparked by Paige and Defoe, the Eagles had a 75-64 lead with just five minutes to play.

But once more Newcastle’s defensive fortitude deserted them.

Gettys and Jackman were two problems the Eagles did manage to solve all game, leaving the hosts with just a one-point lead with four seconds on the clock.

With the ball in Flournoy’s hand, all he had to do was inbound it to one of the men in black. Instead, it was stolen by Robert Sandoval.

The guard gave Jackman the ball to score the winning lay-up as the home crowd screamed in disbelief.

The Eagles will now look to maintain their perfect start to the league season next Friday night at home to the Surrey Scorchers.