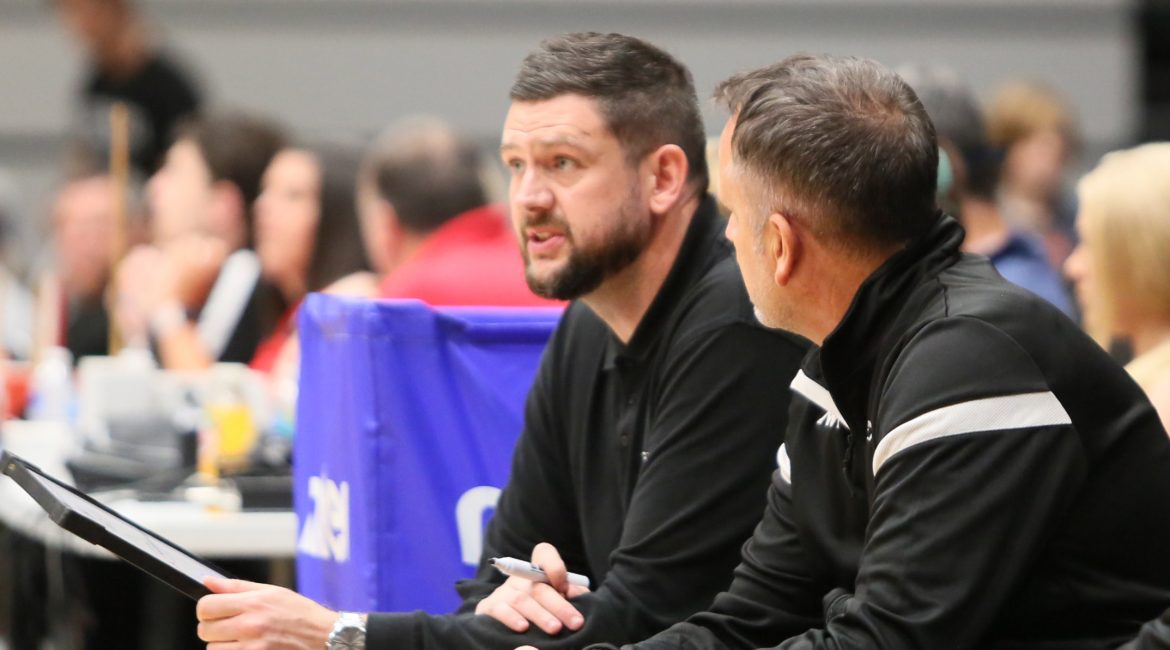 It’s been somewhat of a whirlwind week for Newcastle Eagles new head coach Marc Steutel with two wins from three games so far in pre-season and a change to his roster all inside a matter of days after returning from GB duties at EuroBasket.

The decision was taken to rest Jermel Kennedy and Darius Defoe therefore on Tuesday in the Eagles’ big win over USA Select, which Newcastle won convincingly 96-59. Steutel had to shuffle his pack in that game and it will be the same tonight against vert tasty opponents.

Norrkoping Dolphins have won the Swedish Championship for the last two seasons and include some stellar players in their line-up including USA forwards Zach Thomas and James Murray-Boyles, Canadian guard Koby McEwen and dual-Swedish/USA national Elias Desport.

“Myself and the team are really excited for this weekend’s games. It’s another opportunity for our team to improve against two top quality opponents. Both teams will possess different challenges but we are really focused on ourselves at this stage of the off season,” commented Steutel.

“Norrkoping have had tremendous success in the last couple of seasons domestically and are preparing for some challenging Champions League qualifiers and Sheffield finished second last season, so this really is going to be a good challenge.”

The Dolphins have two players that have played in Newcastle before in 6’ 11” Englishman Nicholas Spires and point guard Adam Ramstedt who played for Sodertalje when they came in pre-season back in 2016.

The fishy trail will continue on Saturday night when the Sharks of Sheffield come in on the back of the Dolphins’ fins to continue the Eagles pre-season preparations in what will be a testing weekend for Steutel and his men.

Steutel will have both Kennedy and Defoe back in the frame this weekend although Rowell Graham-Bell misses out as he recovers from injury.

“I have loved the focus and competition of the guys this week and we are hopeful to show improvements this weekend”, the play-caller added.

“Duke Shelton will help us out again as he recovers from his injury last season and continues to look for a new club. Jordan May and Josh Moore will also suit up once more.”

May is a USA guard that went to ex-Eagle Drew Lasker’s USA college Point Loma Nazarene University and graduated from NCAA Division 2 California State Monterey Bay in the summer.

Moore is a British guard that averaged almost 11 points a game for Essex Rebels in EBL Division one last season.

Both the emerging talent players from the new look Eagles player pathway will give valuable minutes if called upon, but Steutel is aware that he needs to replace the departing Broadway and boost his roster as the season fast approaches.

“We are working really hard to ensure the roster is close to being complete and it’s an ongoing busy process”, said the BBL head coach.

“I’m confident that we will have some really exciting news in the near future.”

Tonight and Saturday’s games both tip-off at the Vertu Motors Arena at 7:30 pm and tonight’s game will be preceded by Newcastle Eagles WBBL side getting their pre-season preparations underway and the night’s entertainment under way at 4:45pm.