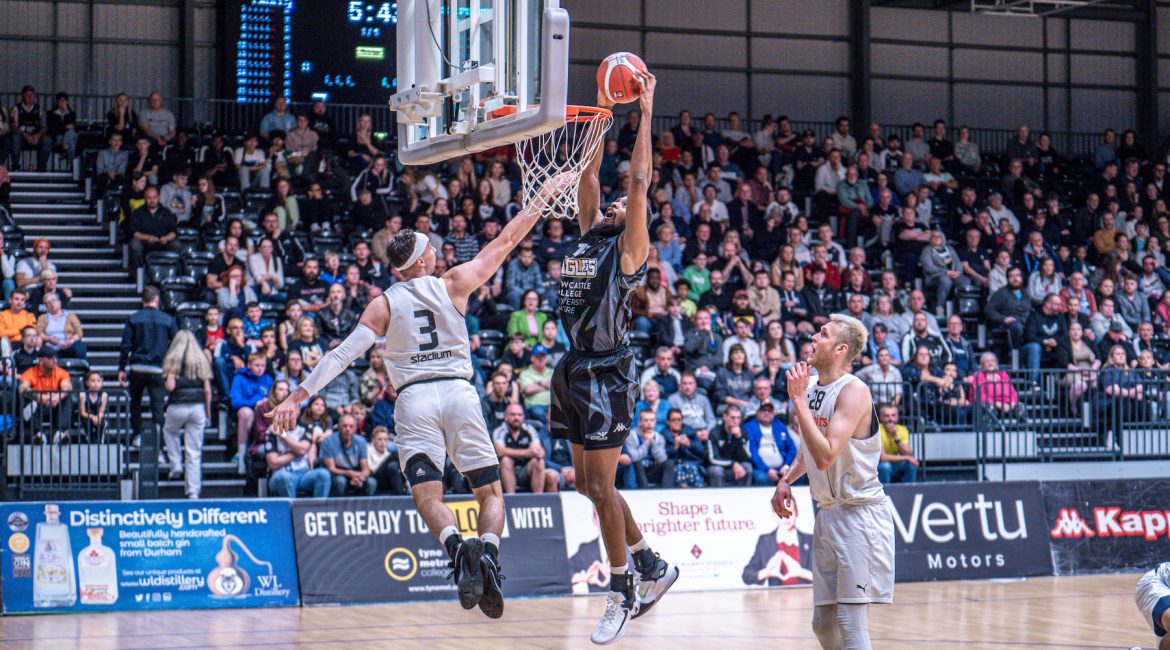 Newcastle Eagles could hand a debut to new signing David Cohn tonight with the US playmaker due on Tyneside ahead of a mouthwatering clash with Rodney Glasgow Jr’s Sheffield Sharks.

The US point guard made his name at NCAA Division One College of William & Mary before launching his professional career in Israel.

And Cohn reinforced a burgeoning reputation last season when he starred in Germany’s demanding ProA with Panthers Schwenningen.

The 27-year-old replaces Travon Broadway Jr and is set to practice with his Eagles’ team-mates later today before Marc Steutel makes a decision on game time against the Sharks.

Another player keen to impress Newcastle’s new head coach is Duke Shelton and the in-form free agent continues to press his case for a new BBL contract.

Tuesday’s surprise addition to the Eagles’ line-up is back in the North East and back in British basketball’s shop window — building his match fitness at the Vertu Motors Arena.

And a thrill-a-minute first half was dominated by a supercharged Shelton with the forward’s every touch cheered by a boisterous homecourt crowd.

The US star showcased his full repertoire of dunks, jams and alley-oops.

And a fearsome display in the paint had Miko Riipinen’s disorientated Dolphins treading water.

Shelton took 16 points and six boards into the locker room after the spirited hosts edged a fabulous first half 45-43.

In fact, the difference between a thoroughly convincing performance against the Swedes and the previous weekend’s abject display against Surrey Scorchers was like night and day.

But it wasn’t all down to that man Shelton.

Jermel Kennedy — back in black after sitting out Tuesday’s victory stroll against USA Select — looked every inch the canny veteran.

And Javion Hamlet followed up a free-scoring first weekend in a Newcastle jersey with another flurry of tidy plays.

The close-season recruit moved to 14 points as the Eagles took a 63-60 lead into the final period.

And it was Hamlet’s soaring three-pointer — following up another Shelton special — that extended the Eagles’ lead to seven within minutes of the restart.

But Sweden’s reigning champions and six-times winners of the Basketligan weren’t finished yet as a feisty fourth quarter reached a thrilling denouement.

Hamlet, who bagged 21 points in total, turned the Dolphins’ defence inside out with a delicious and-one spin move to fire the hosts 82-75 ahead…only to miss the bonus shot.

But it was Shelton — who else — who set the seal on a thrilling win with one final, brutal dunk as he celebrated a sensational 31-point MVP display in style.

The finale of the Eagles’ pre-season schedule see them face the Sheffield Sharks tonight at 7:30pm. Tickets are still available on the box office.