Most Decorated Eagle Back For More 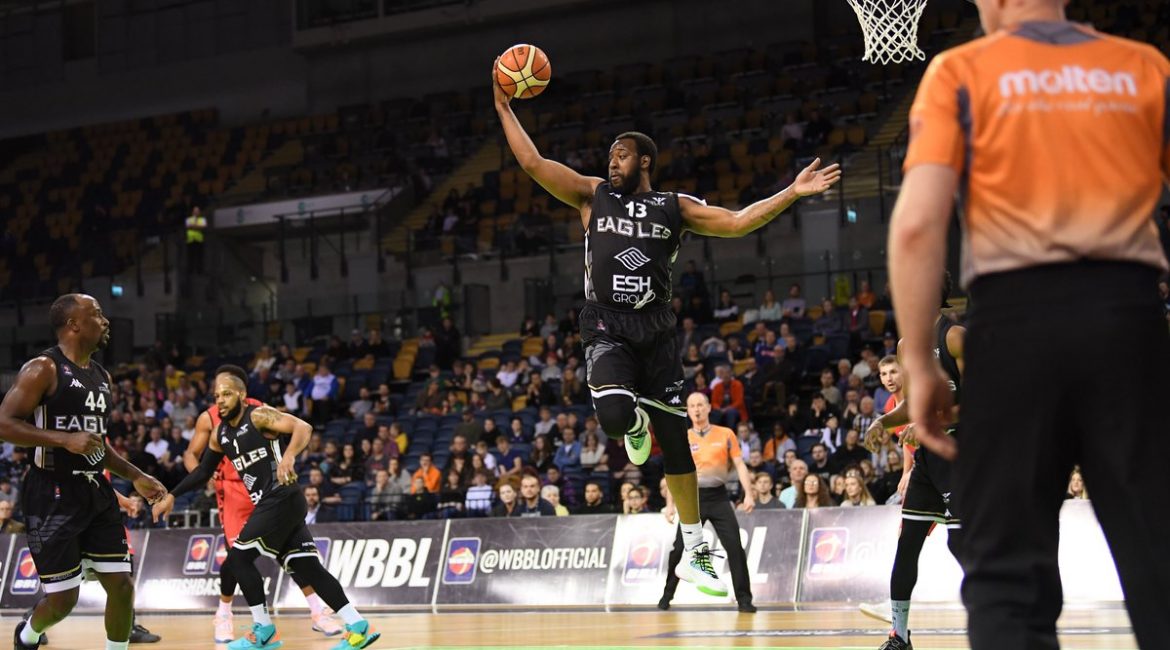 Newcastle Eagles are delighted to confirm power forward Darius Defoe has put pen to paper on a deal for an incredible 17th successive season with the club.

The veteran player been present for every one of the club’s 25 title wins, the only Eagles player to achieve this feat following the departure of his former coach Fab Flournoy to the NBA and Toronto Raptors last summer.

Defoe’s victory in last season’s BBL Trophy Final also ties him as the most decorated player in the BBL with Flournoy, who picked up medals at Birmingham and Sheffield before joining Newcastle.

The powerful and hugely popular big man is happy to be once again suiting up in the Eagles colours and confirming his love for the club. A love he showed in buckets with his personal reaction at the final buzzer of the 2020 Trophy win.

“It’s unbelievable to sign for my 17th season. I feel at home in Newcastle, the fans support and my family being here made this decision an easy one”, he said.

Eagles Do The December Double
January 7, 2021

“The Trophy Final was incredible. With everything that was going on in the build-up and the odds that were stacked against us, to come out with the win was amazing and I think you could see that by how emotional I was at the end.

“Credit goes to Solent who pushed us all the way and made it a truly memorable final and a great advert for British basketball as a whole. I truly think it’s up there as one of my favourite finals of them all.

“I want to thank all of the travelling fans and those that supported us from home as I never really got a chance too after the season ending the next day. Their support really helped us to get the win.

“A huge shout-out to my teammates and the organisation as a whole. It meant so much to be able to bring that first trophy back home to the ECA.”

Defoe is also fully supportive of the club’s decision to make Ian MacLeod the full-time head coach and also gave a nod of appreciation to MacLeod’s assistant.

“It’s great to see Mac get the opportunity he deserves. There’s not that many first-year coaches out there that can say they have won a trophy in their first season.

“His hard work, dedication and commitment to ensuring we are all accountable was a testament to this”, the 36-year old power forward added.

“Also, a big shout-out to assistant coach Dave Forrester who has supported both the team and myself personally for all these years. His attention to detail and his dedication to us often goes unnoticed, but should never be underestimated.”

As for the season ahead, Defoe is ready for anything and whatever his coaching team need.

“I feel my role this year will be like last, whatever the team needs from me. If they need me to start or if they need me to come off the bench and make an impact, I’ll be ready either way.”

“I hope we can carry on with the momentum we built from the Trophy final. We have unfinished business and I just can’t wait to get back on the court and play the game I love. It’s been a long 6 months.”

Head coach MacLeod is in no doubt what it means to re-sign Defoe and the impact it will have on his roster.

“Darius has been an incredible part of the foundations of this club and it is great to have him commit for the future”, said MacLeod.

“His character, leadership and personality are bedded deep within the routes of this club and all of us know what to expect from him on court, 100% dedication.”

Another firm fans favourite returning now confirmed as the Eagles continue to unveil their summer signings and there are many more to follow, all ahead of the 2020-21 season with their new main sponsor in GiveToLocal.