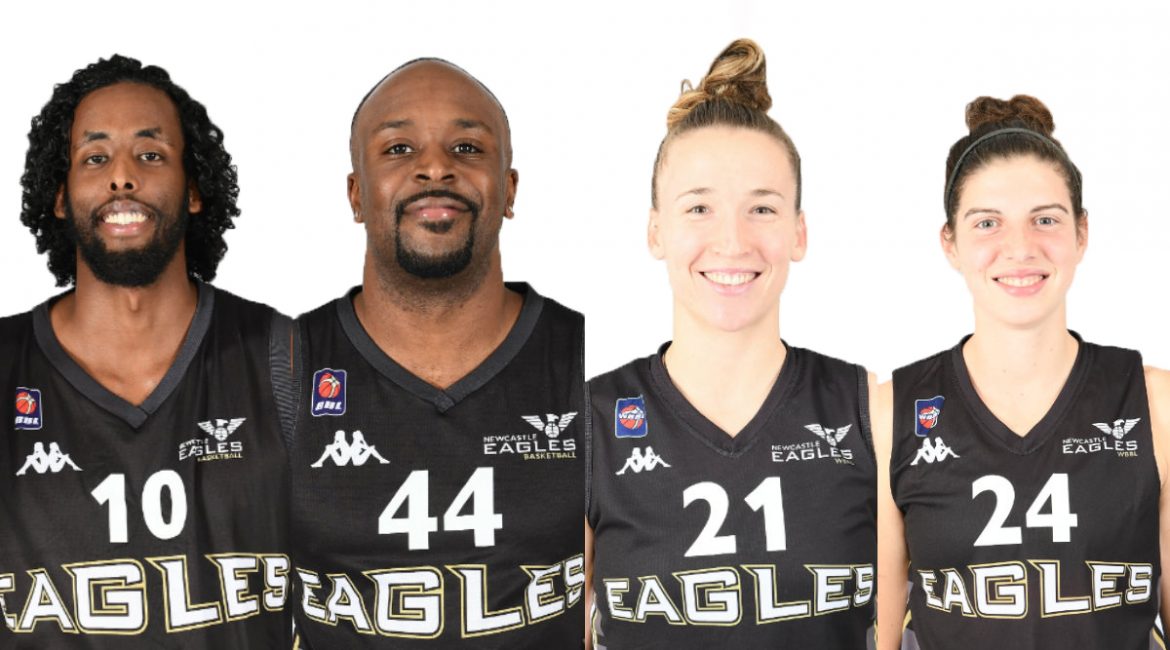 After winning twice at the weekend our Eagles BBL team have two players in this week’s All-Star Five, as Rahmon Fletcher and Sade Aded-Hussein led them to BBL Cup victories on the road at Leicester Riders and Cheshire Phoenix.

Plus on the same weekend an outstanding performance from our women’s team in their opening home game of the season against Cardiff Met Archers landed two Eagles in the WBBL’s All-Star Five.

Sade Aded-Hussein, Rahmon Fletcher, Mante Kvederaviciute and Anja Fuchs-Robetin all received nods from the leagues for their weekend play.

Our BBL team’s powerful frontline had a big weekend, led by Sade Aded-Hussein’s monstrous double-double of 30 points and 13 rebounds in the 100-92 road win at Cheshire Phoenix. It came in just 26 minutes off the bench as he shot 66% inside and knocked down a pair of triples.

It’s Fletcher’s second appearance in the All-Star Five of the season already, the two-time former BBL MVP hit 28 points on 52% shooting, along with nine assists in Friday’s win over Leicester. He followed that up on Sunday with a double-double of 17 points and 10 assists in victory at Cheshire.

In the WBBL it was a massive performance by Kvederaviciute for our Eagles against the visiting Cardiff and so much so, her performance valuation of 35 got her Player of the Week. It was attained after a stellar 26 points from 68% shooting, 8 boards, 5 assists and 2 steals.

Anja Fuchs-Robetin lit up the Eagles Community Arena on Sunday afternoon. Her double-double of 20 points and 10 rebounds helped to pace our Eagles’ victory against Archers, and she also recorded a very nice 4 assists, 3 steals and 3 blocks.

Both teams are at home next weekend and tickets for those games are on sale from our box office now.