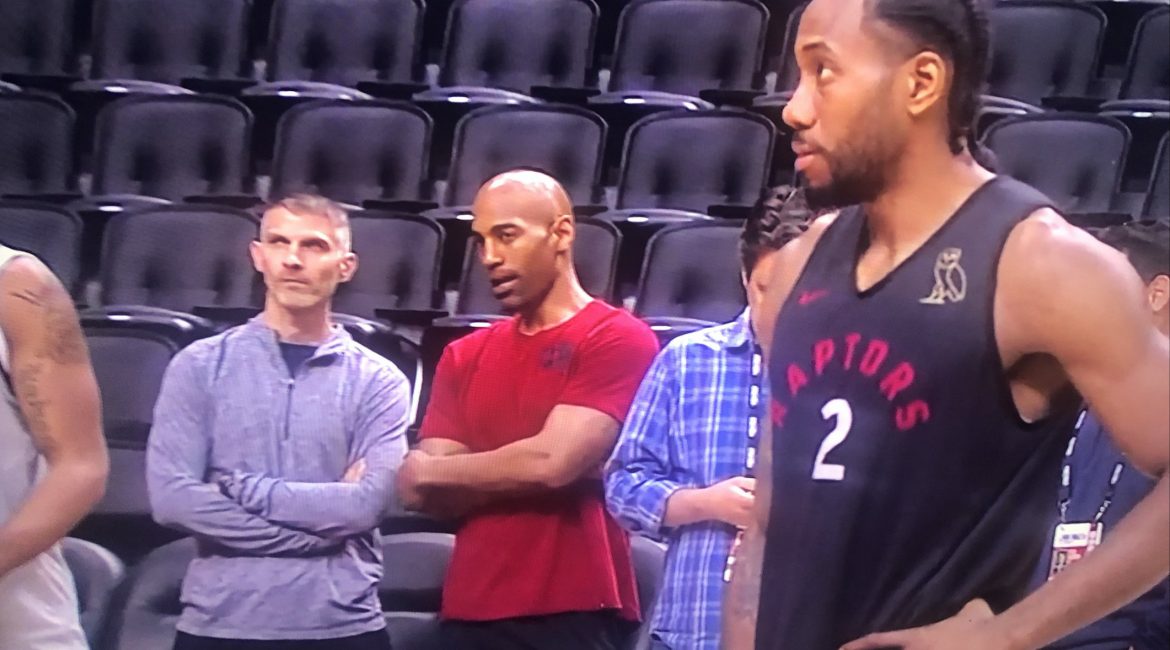 Fab Flournoy insists a summer spent embedded with NBA champions Toronto Raptors has taken his basketball knowledge to the next level.

For the second year running the experienced New Yorker has accepted the invitation of former mentor and Raptors’ head coach Nick Nurse to spend time with the all-conquering Canadian franchise.

And there is inevitable talk that Flournoy will move to Toronto full-time in the future, such is his close relationship with Nurse.

“I’ll be back in Newcastle soon.”

But after the Raptors wrapped up their NBA Summer League residency in Las Vegas, the Newcastle Eagles’ playcaller revealed: “I’ll be back.

“I’ve got a date for my return to Tyneside and as far as I’m concerned it’s business as usual.

“I’ve been in and around the Raptors’ camp since the end of the BBL season and it’s been a continuous learning process.

“I’ve been gaining as much experience as I possibly can but I’ll be back in Newcastle soon.”

Nurse is the coach responsible for bringing Flournoy to the BBL in 1996 and the two have remained close ever since.

When Nurse landed the Raptors’ job last June, Flournoy was invited to observe Toronto at the NBA’s 2018 Summer League.

Fast forward 12 months and Newcastle’s coach flew straight to North America following the Eagles’ playoff exit in May – in time to witness one of the greatest stories in basketball history.

“The overall experience – being able to watch an NBA finals up close and personal – was amazing,” he added.

“The Raptors’ success is a tribute to the players, the coaching staff and the organisation as a whole. Everything that they’ve achieved this year is incredible.

“I was over there for most of the Philadelphia series and then the conference finals and finals.

“Nick has done a phenomenal job in the time since he took over last summer.”

The 15th NBA Summer League took place from July 5-15 at the Thomas & Mack Center and Cox Pavilion on the campus of the University of Nevada, Las Vegas.

Twelve months ago Flournoy was able to scout Kyle Williams during his time spent with the Raptors organisation.

And Newcastle fans will hope the veteran coach has earmarked more emerging talent with the Eagles still to announce their roster for the 2019-20 campaign.

“It’s still too early to talk about players coming in but the work is ongoing behind the scenes,” added Flournoy.

“We’re getting closer to finalising one or two things but nothing is concrete.”

One issue that remains under discussion is Flournoy’s position as player-coach. The forward turns 46 at the end of the month but played a key role on court in the final throes of last season.

Flournoy has always insisted that playing basketball is his number one priority and that a standalone coaching role has never been on his radar.

But time spent with Nurse – a career coach – and the Raptors may well have softened the Newcastle playcaller’s stance as he seeks to restore the glory days to the Eagles this season.