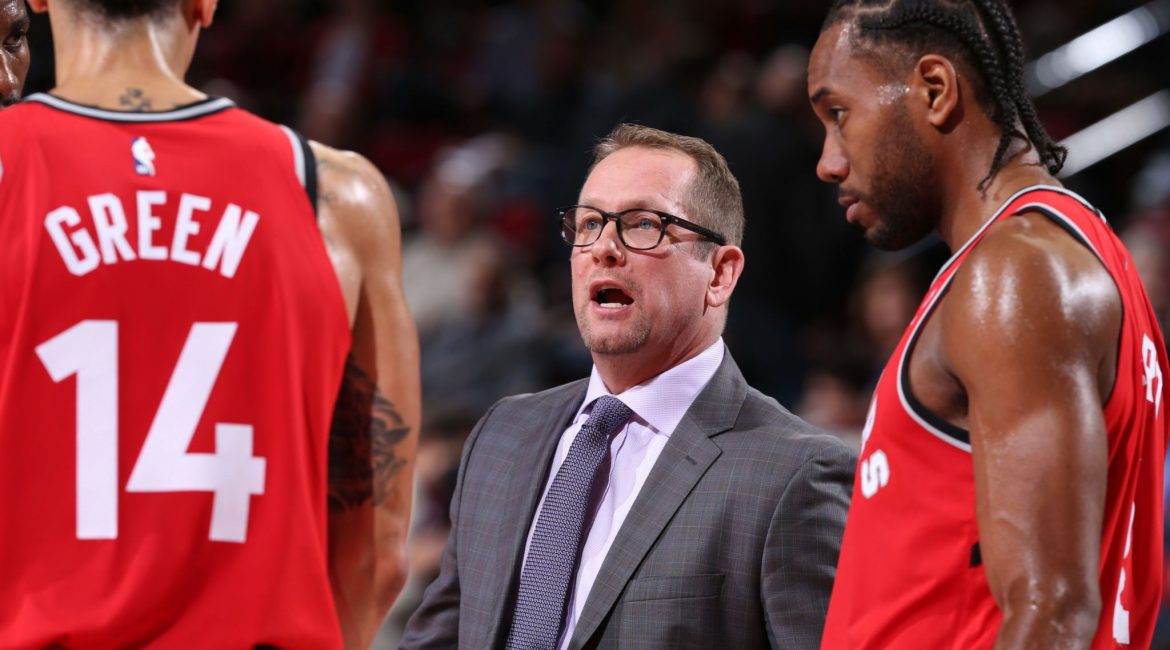 Last summer we told you about the exciting news that Nick Nurse, the former two-time BBL Coach of the Year who brought our head coach Fab Flournoy to the UK, was going to take over the lead role at the Toronto Raptors.

Today we join our fellow British Basketball League clubs, officials and fans across the UK in showing our support for Nick and the Canadian franchise team as they prepare to take on Golden State Warriors in the best-of-seven finale for the first time.

Nurse forged his coaching career in our country starting with when he led Manchester Giants to the Play-Offs title in the 1999-00 season after picking up his first Coach of the Year award before re-claiming the accolade following a BBL Championship triumph with Brighton Bears in 2003-04.

He began his coaching career in the BBL as a player-coach with Derby Rams in the 1990-91 season, averaging 20.1 points per game and would go onto coach over 400 league games with spells at Birmingham Bullets and London Towers, also.

It was at the Bullets that Nurse persuaded our player-coach Fab Flournoy to come to these shores in 1996, something which went on to change both Fab and Nick’s futures as well as that of British Basketball.

Fab worked with Nick last season-break as a member of the Raptors’ summer league staff and is currently across the pond to support his old coach.

Good luck tonight to Nick and his Raptors from everyone at the Eagles.