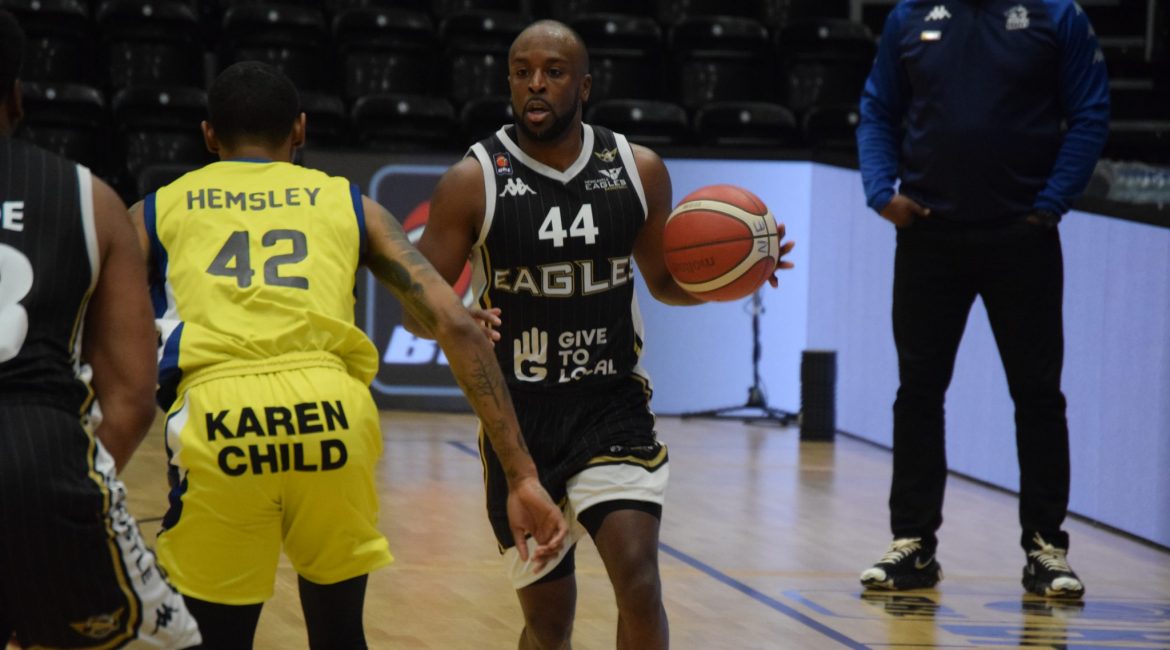 May Madness might be in full flow, but hitting Play-Offs means the Championship campaign has concluded and the league had one final 2020-21 season Molten BBL Player of the Month Award to dish out and the golden ball goes to our Rahmon Fletcher.

The Eagles point guard scooped the award for April as he remains in contention to become the first player in BBL history to lift the league MVP gong for the third time.

Fletcher – in 2016-17 and 2017-18 – along with Lions’ point guard Justin Robinson, former GB Captain Andrew Sullivan, and Americans Trey Moore, Tony Dorsey and Alton Byrd have all won it twice.

Over the month, Fletcher averaged a massive 24.4 points and 8.3 assists per game, leading the league by quite some way in the two categories, as our Eagles secured fourth place in the BBL Championship.

Across April, he shot 53% from the field and 41% from the three-point line to end the campaign on form.

The Kansas City native finished the regular season as the league’s leader in both scoring, at 19.2 points per game, and facilitation with 9.3 assists per outing, making it only the second time in BBL history that the same player has led the way in both.

In terms of the 32-year-old’s professional career, it has been the second-best scoring season he has had following 2016-17 as the only year in which he averaged more than 20 points; and the best of his career in assists per game, passing his previous high mark of 9.0 last season.

Fletcher opened April with a 22 point and 11 assist double-double over Glasgow, but, amazingly, that was his only double-double of the month despite registering nine assists in four of his other six games to come close each time.

Our Eagles captain played all 40 minutes in an agonising defeat to Manchester Giants, tallying a personal season high of 38 points on 15-22 (68%) shooting; and closed out the regular season with another 34 points in a narrow victory over Surrey Scorchers, shooting 12-18 (67%) to avenge two previous defeats against that opponent.

Perhaps the highlight of the month was beating perennial rivals Leicester, again halting their title charge, by 90-80 live on Sky Sports, as Fletcher finished with 23 points, nine assists and three steals. The win was built on a 32-17 third quarter, during which he was instrumental as he scored nine points, handed out four assists, and nabbed all three of his steals.

Congratulations Rahmon and good luck in tonight’s May Madness Quarter-Final live on Sky Sports from 5pm.