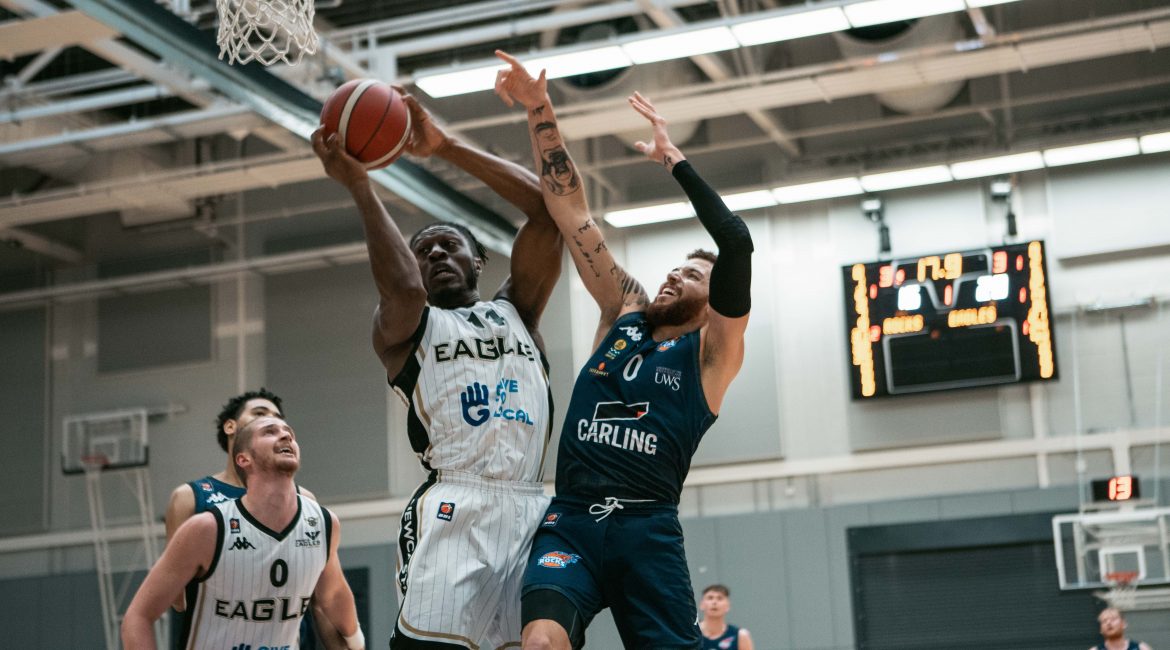 When it comes to basketball it’s never ever over until the fat lady sings.

North of the border her throat had been cleared, the mic switched on and the backing track set to play.

But with a second remaining of this all-consuming cross-border clash, Newcastle Eagles somehow won possession, engineered a shooting chance and converted a brace of free throws to snatch victory from the jaws of defeat.

And that’s only part of the story.

With the scores tied at 83-83, hosts Glasgow Rocks had secured possession at the offensive end.

But as the final second raced into view Newcastle robbed their rivals, inbounded the ball under Glasgow’s glass and found Justin Gordon in the paint.

The Eagles forward was fouled by a hapless Marc Kwedi and, in the melee that followed, furious Rocks’ coach Gareth Murray was handed a technical.

Incredibly, Rahmon Fletcher missed the free throw awarded as a result of Murray’s indiscretion and the score remained level for a moment longer.

But Gordon converted two from two from the bonus stripe and inconsistent Newcastle claimed the win.

Relief for the Eagles. Rage on the face of the Rocks. The fat lady had long since returned to her dressing room.

If the root cause of Newcastle’s alarming inconsistency remains a mystery then equally inexplicable prior to yesterday’s tip off was the curious case of Cortez Edwards.

What was lost in the final analysis of Friday’s stunning with against Leicester was another atypical off night from Newcastle’s do-it-all guard.

MacLeod’s star summer recruit has stuffed the stat line all season on his way to becoming a cult hero with the Eagles faithful.

And it was only last month that Edwards celebrated the Eagles’ first triple double of the season as he swarmed all over big spending London Lions.

But the former Worcester favourite struggled to get on the board against the Riders as he laboured towards two points, three rebounds, two assists and three steals.

An unspectacular night’s work followed just 11 points against Manchester and five at Surrey.

And the nonplussed American even turned to social media minutes after Friday night’s final buzzer asking followers what on earth had happened to his ‘layup package’.

It’s a question few could answer and the picture didn’t become any clearer during the opening exchanges in Glasgow.

Edwards didn’t even look at a layup as he played all but 95 seconds of the first half.

In fact, one of this season’s most dependable scorers attempted just four shots in the first 20 minutes.

But Edwards’ reluctance to take the game to Glasgow early on hardly mattered as backcourt partner Fletcher dominated a one-sided opening quarter.

The two-time league MVP added six assists to his nine first period points as the visitors eased into a 28-15 lead.

As Fletcher took a break, Newcastle’s offence dried up and the Rocks bookended the second quarter with blistering runs of 8-0 and 15-2.

Glasgow’s Fergus Harte had exploded off the bench and it was the emerging guard’s cool lay-up to beat the halftime buzzer that opened up a 47-44 lead for the Scots.

Those familiar inconsistencies laid bare, the unpredictable Eagles had somehow allowed the BBL’s bottom club to engineer a 15-point swing inside 10 crazy minutes.

If ever Edwards needed to snap out of his late-season lull now was the time.

And a first layup of the afternoon sparked the third quarter scoring run that would underpin a game high 22 points and keep the Eagles in contention.

Had Edwards not rediscovered his scoring touch and showed the tenacity that’s taken him to the top of the league for steals then who knows what might have happened?

Even with their most consistent performer back to his best, the visitors were unable to shake gritty Glasgow.

And when the busy Jonny Bunyan dropped a monster triple with 90 seconds remaining the Rocks fully deserved their 83-80 lead.

Tellingly, the braveheart Scots wouldn’t score again but it wasn’t until the final 15 seconds that a Gordon three-point play tied the game.

Then came that crazy final second as Newcastle made it two wins on the bounce in the most dramatic fashion to all but secure another top four finish.