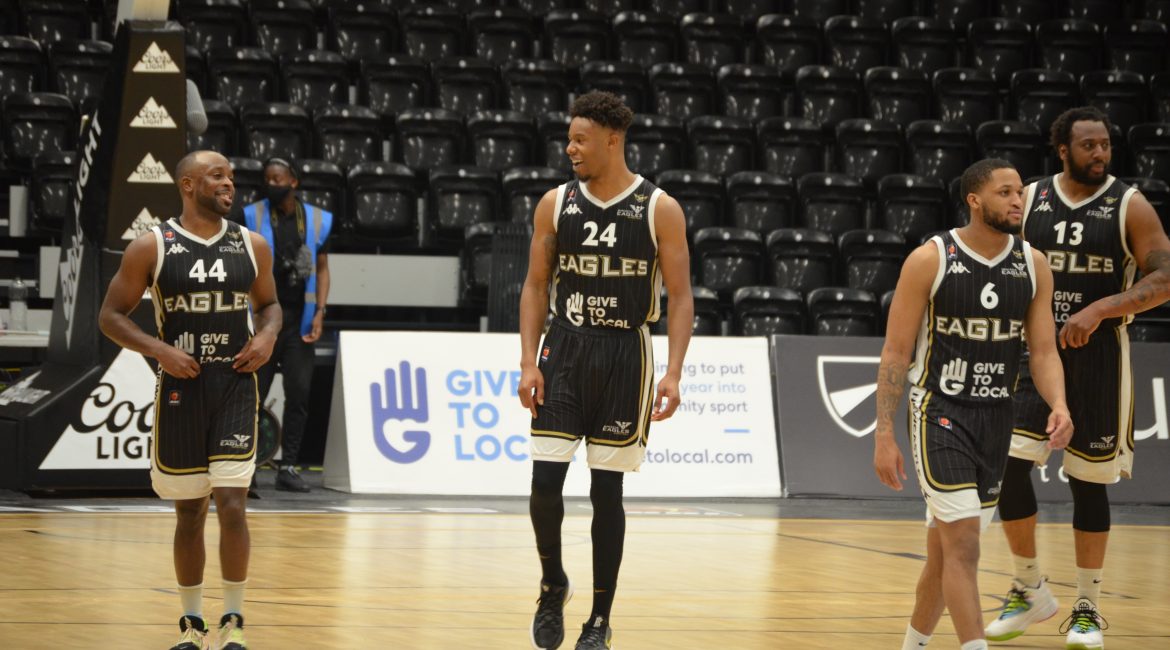 Newcastle Eagles and Leicester Riders is a once in a generation head-to-head founded on a mix of respect, enmity and a will to win.

No other franchise has come close to breaking the two clubs’ near monopoly on the British game during the last 10 years.

And it’s little wonder Sky Sports returned to the Vertu Motors Arena seeking another thrilling twist in this tale of two basketball behemoths.

Of the 36 major titles on offer since 2011, Newcastle and Leicester have won 26.

For the best part of a decade the two pre-eminent forces in the BBL have gone back and forth in an unrelenting quest to fill their respective trophy cabinets.

And this season is no different with Leicester looking to wrap up a fourth league title in five and Newcastle claiming the BBL Cup at the turn of the year — the club’s second piece of silverware in as many seasons.

Nevertheless, the cold facts confirmed that the gulf between the two sides had rarely been greater than it was prior to last night’s tip-off.

Fourth-placed Eagles faced Leicester for the sixth time this season as clear underdogs following a rotten run of form.

The Riders, by contrast, arrived on Tyneside as the most confident, consistent and compelling roster in the BBL.

Ian MacLeod admitted as much in his pre-match assessment of a match Newcastle could barely afford to lose.

And the first half evidence supported the view that Leicester have taken their game to another level during the last two months.

Riders claimed their biggest ever win on Tyneside in March as the television cameras captured a commanding 99-73 victory.

Four weeks down the line and the East Midlanders looked in the mood to pile yet more misery on the men in black.

Darius Defoe, back in the starting five, scored the first points of the game before Leicester launched a terrific 15-2 tear.

And Paternostro’s men rarely loosened their grip on their way to a fully deserved 23-14 first quarter lead.

The second period was little better for the wayward Eagles as a series of poor looks resulted in a succession of missed opportunities.

But at least the recalled Drew Lasker added some pace and intensity to a largely flat-footed offence.

Riders had opened up an 11-point advantage at the half but, in truth, Newcastle had been the architects of their own downfall.

The hosts had shot just 30% from the floor and converted only one of their 10 three-point attempts.

Leicester, meanwhile, had been utterly dominant under the boards and a foul count of 14-7 against the Eagles only served to highlight a sense of deepening frustration.

Not for the first time this season Newcastle needed to dig deep to avoid another dispiriting defeat.

And whatever MacLeod said during the break clearly resonated with his under-pressure players — the reborn Eagles flying out of the blocks off the back of a brilliant 15-2 burst.

Rahmon Fletcher’s direct running and Louis Sayers’ deadly accuracy from beyond the arc transformed the hosts from also-rans to frontrunners in the blink of an eye.

The shellshocked Riders simply couldn’t hold onto the ball as Newcastle forced a succession of turnovers.

And suddenly this storied rivalry was living up to its reputation — the Eagles taking a 63-59 lead into the final quarter.

And fiery forward Justin Gordon emerged from the pack to play his best basketball in weeks as Newcastle stayed in front.

The sight of Defoe hobbling out of the game in the final minute, clutching his hamstring, is cause for concern ahead of tomorrow’s trip to Glasgow.

But Gordon set the seal on a stunning victory with an audacious reverse dunk in the dying seconds.

And the Eagles head north of the border in buoyant mood after reigniting their season — and that famous rivalry — with this sensational come-from-behind win.