Eagles Get Their Energy Back For Double-Header 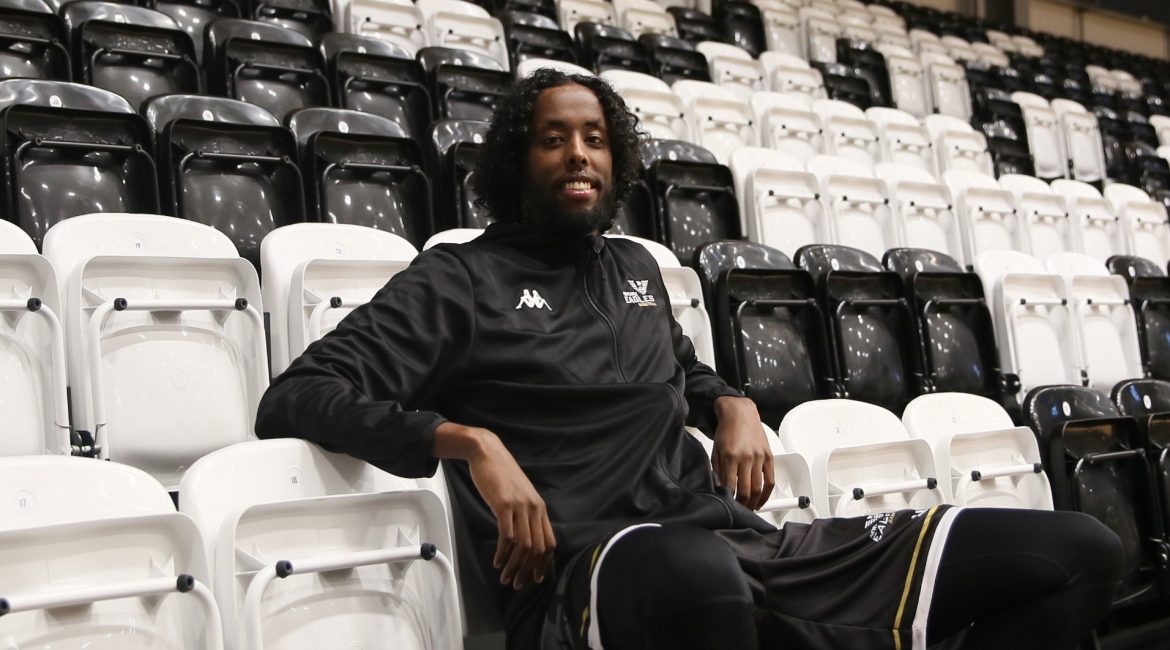 One of the most interested spectators at Monday night’s superb EuroBasket 2021 International qualifying event at the Eagles Community Arena was Newcastle’s Frenchman, Sade Aded Hussein.

Hussein who had seen his French comrades defeated by Germany last Friday looked on approvingly as he watched GB produce an excellent performance in front of a capacity crowd to beat the same Germans 81 – 73. It was a night to remember for all that were there.

“It was really great. It’s the first time I’ve watched a game in our arena where I usually play. It was a really great show and Team GB proved me wrong as I really thought they were going to lose. It was an excellent experience.”

“It was nice to see and hear the atmosphere from the other side of the stands. To have Newcastle Eagles to host this type of international event says a lot about them as an organisation.”

Hussein then turned his thoughts towards another big weekend for himself and his teammates as they have two crucial home games this coming Friday and Sunday.

On Sunday they face Cheshire Phoenix in the second leg of the BBL Trophy which follows Friday’s BBL Championship game against Surrey Scorchers.

The Eagles go into the games on the back of their worst performance of the season when they were defeated 101 – 63 at Leicester Riders. This Friday sees Newcastle return after a two-week break and Hussein explained what they need to do to bounce back.

“We’ve had a week off to think about it and get our energy back. We’re just going to go into practice and focus for this weekend and take the games one after the other and make sure we do what we’ve got to do.”

Hussein actually recorded a double-double of 16 points and 12 rebounds and was one of the few Eagles to come out of the game with credit. He pointed to the absence of C.J. Gettys from the line-up against Leicester as one of the contributing reasons for the defeat.

“Missing C.J. was obviously a big factor. He’s been so dominant since he came into the side and has won back-to-back Player of the Month awards in the league so playing with out him was very different.”

“I personally managed to step-up from some of the games I’ve played before but unfortunately it was not enough. We have our minds reset and we’re just going to try and work this thing out and hopefully we’ll have C.J. back too.”

Hussein rightly talked about taking it one game at a time but there’s no doubt that a win on Friday over Surrey could get the team in the right rhythm going into Sunday’s semi-final where they already lead Cheshire by nine points from the first leg.

“It would be good to win on Friday but honestly I think these are two completely different games. I don’t think whatever we do on Friday win or lose is going to matter for Sunday. It’s going to be win or go home for them.”

“We’re just going to try and take one game after the other and hopefully having the full squad for Sunday and we’ll see how things fall.”

Friday’s game tips off at the usual time of 7:30pm whilst Sunday’s game is at the earlier time of 5:00pm and it’s another vitally important weekend for an Eagles side striving for glory.

Tickets for both games are on sale from the box office: