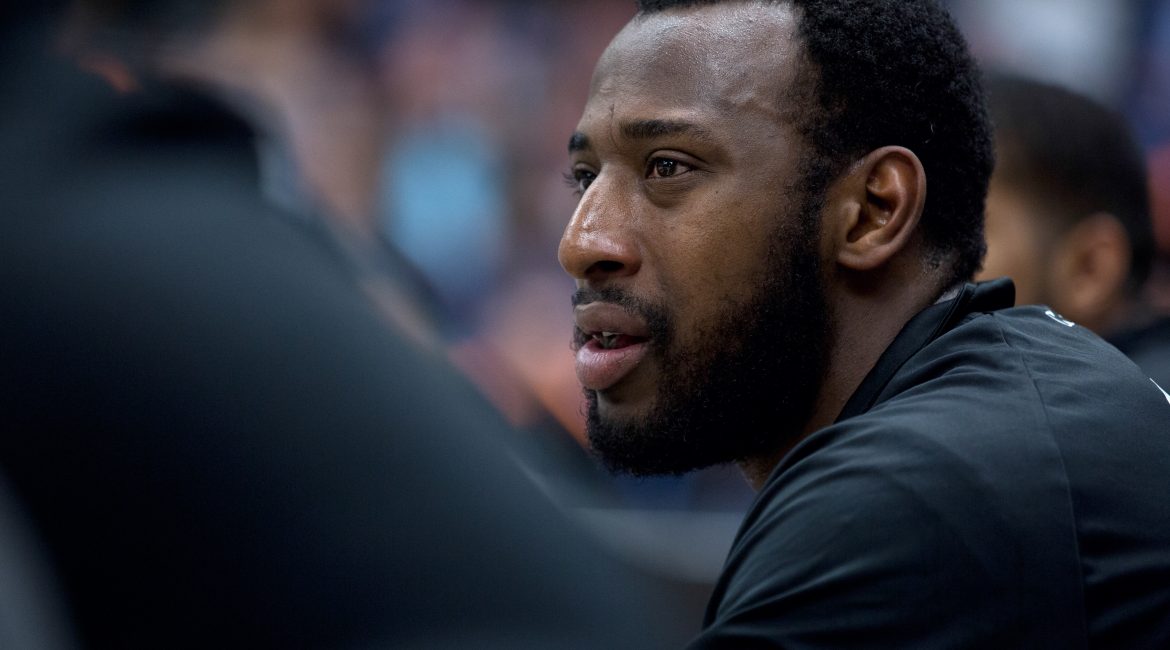 Darius Defoe is confident Newcastle have the passion and fight to make it all the way to May’s BBL playoff final at London’s O2 Arena, writes Elliott Green.

The veteran forward hopes to play a part down the stretch as he edges closer to a return from injury.

And after gutsy displays at Leicester and London – and in the wake of Tuesday’s 86-83 win against Worcester – Defoe has seen enough to suggest the Eagles aren’t finished yet.

“Every single one of the guys played with heart on the road last week,” he said. “I can’t fault them for that but we need to keep it going and push for the rest of the season

“We need to keep improving and fighting to get to the O2 and win it.”

Assistant coach Ian Macleod added that Newcastle will only be satisfied with wins from now until the end of the season and refused to give up the BBL championship title.

“The league is never gone until it’s mathematically over and we won’t stop. We simply won’t stop.”

Macleod also hailed the Newcastle fans’ impact as the sixth man throughout the season and believes their influence will be vital for the rest of the season.

“It’s massive,” he added. “We have the best fans in the league, hands down. We say that we have a duty to the fans to give everything and I believe we’re doing that even in defeat.”

Coach Macleod added that there are positives to take from a tough schedule of three games in six days.

“Even the mistakes we made in the last week – a lot of them were with the right intentions,” he added. “We played together with good cohesion and all the small things will make a big difference down the stretch.”

And Macleod is certain that electric guard Jaysean Paige can be the spearhead for the Eagles’ playoff push. “He’s incredibly important,” he added. “And he’s an unbelievably talented player.

“Whatever anyone’s seen from him so far is just scratching the surface. We’ll be watching him on TV in different leagues and situations in the future, I’m sure.”

Coach Macleod also confirmed that key figures Fabulous Flournoy and Defoe are ‘only a couple of weeks away’ and insisted the Eagles will be back to full strength ahead of the playoffs.