Academy Star Sauveur Has Shown He’s Got What It Takes 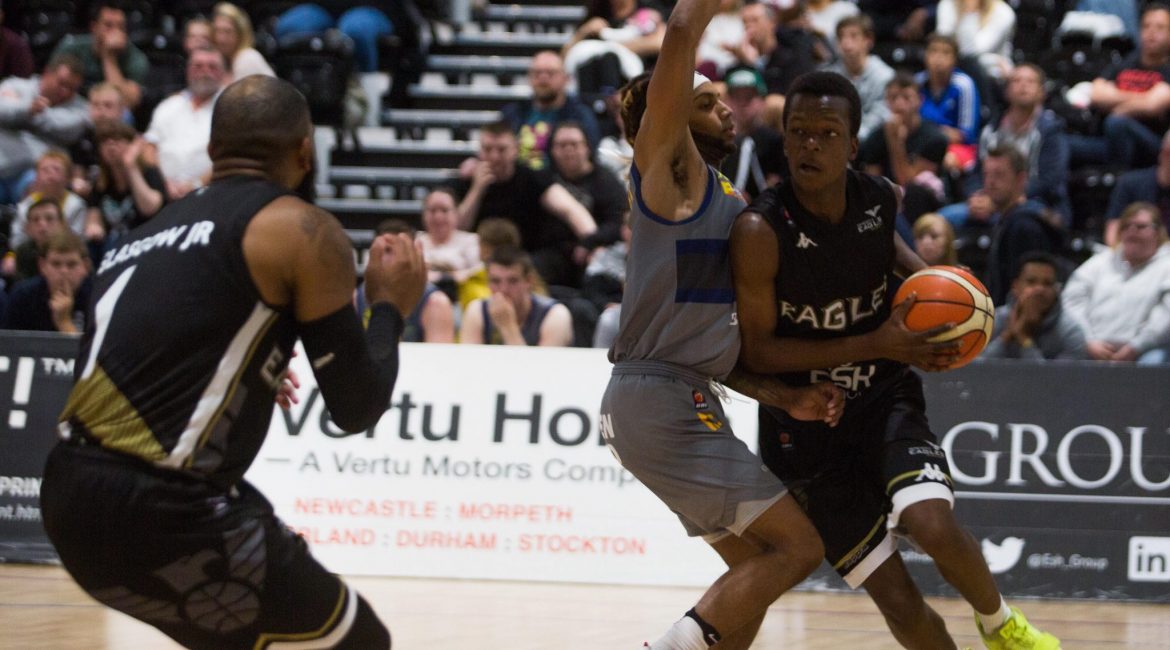 Newcastle Eagles have made an eve of the season signing to complete their 2019-20 roster. They are delighted to give a place on the senior roster to 17-year-old Academy graduate Sauveur Kande who has really impressed in the Eagles preseason games and in training with the squad.

A 6’4″ small forward, Kande only turned 17 in July and is the latest player to break through the Academy ranks joining Eddie Matthew and Themba Yabantu on the bench who have made a similar journey.

Kande will combine his senior role with a continued presence in the Eagles EABL side where he will start his second year in that squad. He previously had two years at Gateshead College where he played for our new Eagles head coach who knows all about him.

“Sauveur has showed he’s got the ability to compete at this level and it’s a testament to him and how he’s approached preseason that we’ve decided to give him this opportunity to be part of the senior squad.”

“He spent two years with me at Gateshead College and is an integral part of our EABL team. His strengths are defence, perimeter shooting and being a great teammate.”

The youngster who has played throughout the Newcastle Eagles Academy from U14 level will suit up for the Eagles opening night BBL Cup group match with Cheshire Phoenix on Friday night.