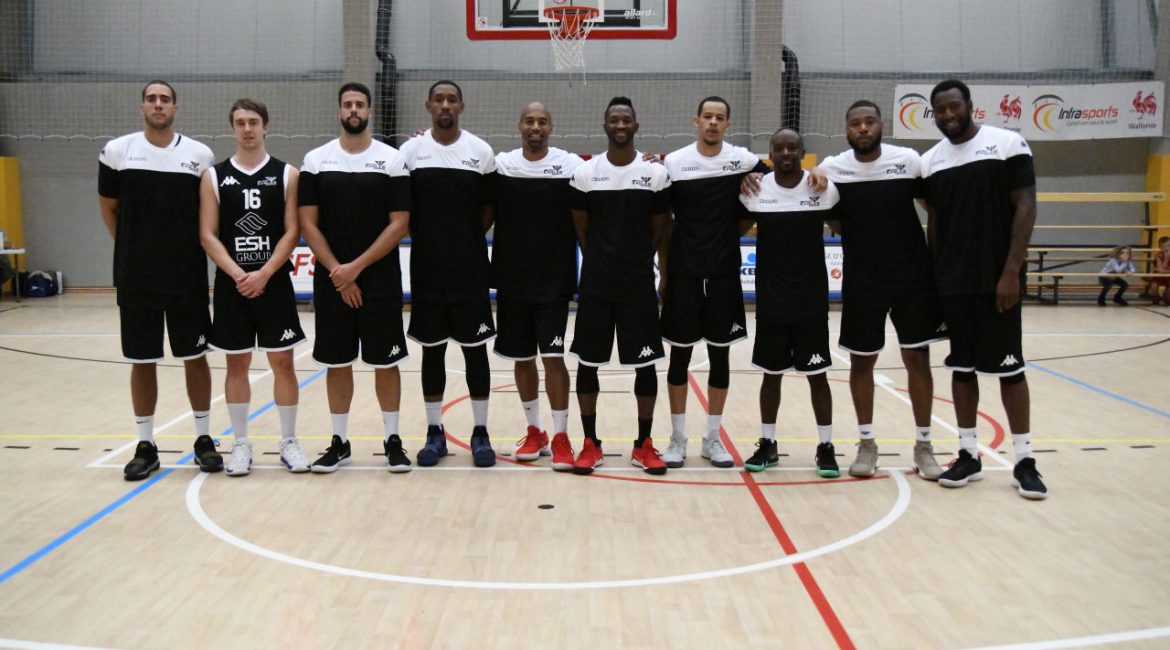 So, the morning after the night before as well as the afternoon, evening, night, early morning and lunch-time the next day thrown in as I conclude my story of our waffling great Belgian adventure.

Saturday dawned and I think a few of us awoke with sore heads. Not because of any after-match activities but more of a reaction after the match the night before. We would not be wrong to say Charleroi have a bigger playing budget, had been together a week longer and certainly had inside knowledge of the referees and the way they would officiate.

They are all legitimate reasons for the result especially in the way they spent their money on a ridiculously talent roster. If there’s a better one than that in Belgium then they will be some team!

All of those factors above were and are true but there’s also another truth. We did not perform anywhere as near to what we were capable of. Had we run plays the way they were drafted up, had we played better and more disciplined defence and had we made a higher percentage of shots it would have been much closer.

Would it have been a win? Perhaps not but the consensus of our thoughts was there were positives to take out of the game and some of those positives where that there were lots of negatives to work on and that perhaps it was just about doing everything with a bit more intent and purpose.

Certainly, despite being tired, the players responded to the morning training session and then after lunch sat down to a video session conducted by the coaching staff to analyse Friday’s game and look to where we could, can and needed to improve. It was all business and good business too.

A rest-up and before we knew it we were in the Hall again and game two was underway. Fab promoted himself and Darius in to the starting five to try and set an Eagles tempo and allow the newbies to watch and learn.

It started perfectly as we made a 7 – 2 start. There was a clear lift in performance and less mistakes and when the guys came in from the bench the looked more focused and readier to play Eaglesball! Darius and Victor were the spark and Fletch the man who lit the blue touch paper as we ended the first quarter ahead.

Looking more solid we weathered an early Aalstar onslaught and slugged it out toe to toe in a great period of basketball which gave us a glimpse of what the Coaching staff were and are expecting of the 2018/19 Eagles. Only a late 5 unanswered points gave the Belgians an advantage to finish the quarter.

But back for the second half and we soared again and a 15 – 2 run suddenly had us up by 8 as we turned defence to offence and back again with real fire and determination. Suddenly we were in the ascendency and Aalstar had no option other than to call a time-out.

What a timeout that was too. They closed Victor down, shackled Fletch who was having a dream of game and powered through 19 unanswered of their own to swing the game around and take an 11-point lead in to the final period.

Fab and Ian called for one last push and Captain Darius responded whilst Fletch got the shackles removed somewhat and back we came again. Twice we got within four points and on one of those occasions had a chance to cut it to two but we just couldn’t get over the hump and down the stretch two crucial factors stopped us.

Vic who had a great game and looked real smooth picked up a slight injury and had to come off and Jamal picked up two quick fouls the second of which was an unsportsmanlike and that just gave Aalstar enough breathing space to see out the game against our gallant but tired bodies.

But, but, the challenge had been to improve on the previous night and have a little fun whilst doing it. I think we can all agree that the guys did all that and a little more and the locker room was a buzzing place despite the loss as we all knew that we’d put in a really good performance.

Perhaps with slightly better shooting (3 of 27 from 3-point range) we may have turned that gap and who knows if we had sneaked in front in that crucial part of the fourth we might have been celebrating a famous win but it was not to be.

So, the guys came away happier and as they showered, fed and watered themselves we were treated to a terrific derby game in The Belgian Cup between “wor” village Neufchateau and nearby Ninane. This was third tier basketball but in front of a crowd of over 300 who had all paid to get in and some who had clearly come for this game and not the one before it was played out in a raucous atmosphere.

Ninane won a close one in the end but we’d left the Hall before the end saying our good-byes to the locals and the excellent practice facilities they’d afforded us and the hospitality they’d shared with us. With a 3:00am leave for the airport to undertake we needed to be packed and ready to go.

We were! Our genial attaché Thomas saw us off and away we went. A coach journey, two flights, Brussels to Amsterdam and Amsterdam to The Toon and we’re home and with Ahmad and Victor in tow as well we all said our goodbyes for the day and went off to rest.

A word for our hosts at Neufchateau. You did a great job and made us feel welcome. We enjoyed our time with you and you have a great sporting facility that you are rightly proud of. Nice welcoming little picturesque village too and who knows, we may be back one day!

Also, a big shout-out to Abbie, Luke, Stu and Les from The OOTA for travelling to see us and supporting us so well. You all seemed to enjoy it and have further confirmed yourselves as Eagles legends. Thank you for coming, the entertainment you brought to the adventure and I hope you have a safe journey home.

Looking back two defeats in two defeats may not seem a great result. But, you have to take the whole experience in to account and for me I think we got a lot out of it. The guys now know each other a little better on and off the court and have bonded well.

The performances improved dramatically over the two games and lessons are already being learnt. Going forward we should benefit from the experience and certainly came home feeling very positive and ready for the challenge ahead.

A week of practice will follow and it’s Sheffield away on Friday night in our first UK pre-season game before you all get the chance to see your 2018/19 Eagles for the first time at Sport Central on Monday 10th September against Team USA Select followed on Wednesday 12th September with a reverse fixture against Sheffield.

Then it’s the build-up to the first BBL Championship game at Sport Central against Victor’s old team Cheshire Phoenix on Friday 21st September. Tickets for all games are now on sale so get out and buy them if you haven’t already as I for one think this is a team worth seeing.

Time for a lie-down now before getting back to work tomorrow, I’m shattered so goodness only knows how The Guys must be feeling!!!