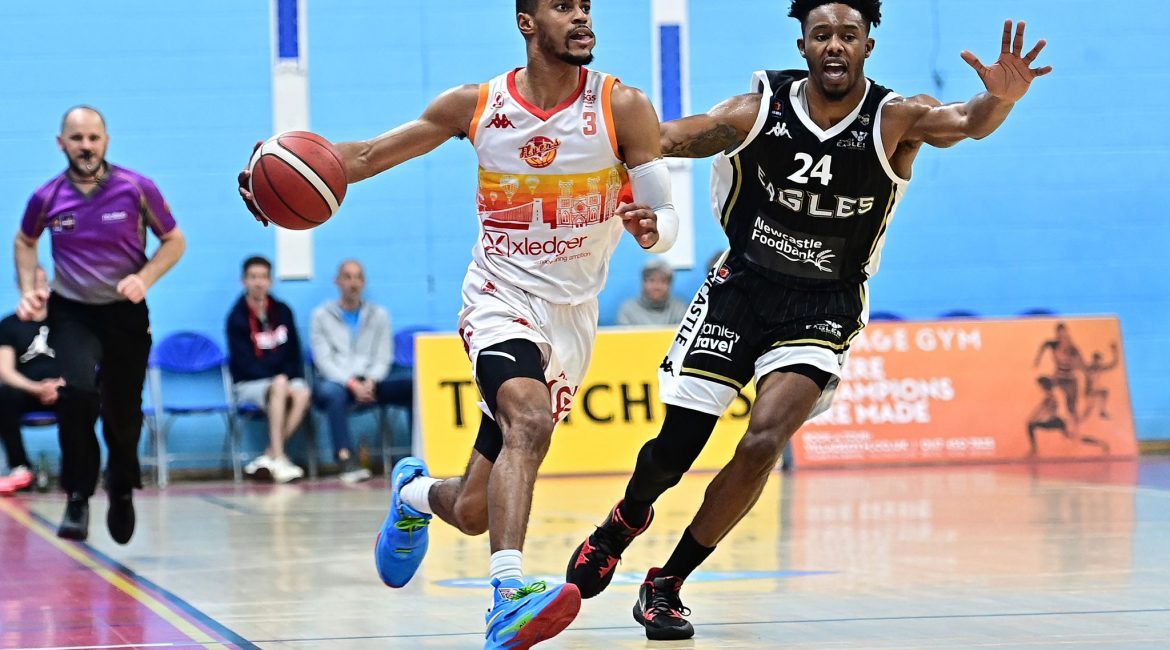 As we approach the final weekend of the regular season two Eagles’ performances in the Easter Sunday win at Surrey earned them places in the All-Star Five this week.

First up in the leagues pick of players is Justin Gordon who scored big as our Eagles went through the century to get a first win in eight games on the road at Surrey.

A near-triple-double from Gordon saw him post 27 points, knocking down 3-4 (75%) three-pointers, with nine rebounds and eight assists.

Another Eagle who made huge contributions all over the floor on Sunday was Brandon Peel.

Peel shot a perfect 5-5 from the field and missed just one free-throw on his way to 12 points, with eight rebounds, four assists, two steals and two blocks.