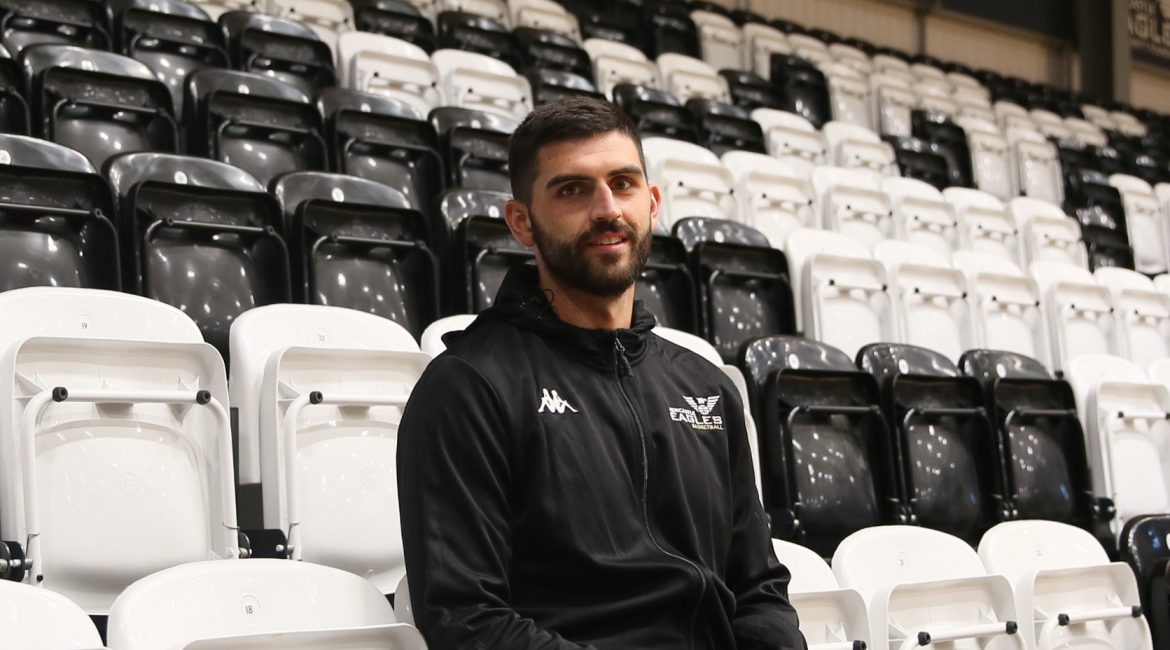 It was a wonderful weekend for Newcastle Eagles with two great road wins at Leicester last Friday and then at Cheshire on Sunday. Once again though the Eagles were unable to run their full roster with American Mike Morsell struggling with a hamstring injury.

That gave former Surrey Scorchers star Nick Schlitzer the opportunity to step in to the starting five and he certainly contributed to both wins with very effective and solid performances including netting 15 points at Cheshire. He’s delighted with the way the team has started the season.

“Two wins and especially two road wins made it a good weekend. We’re always looking for stuff we can improve on but any time you can get two wins on the road in The BBL especially back-to-back on a weekend it’s a good thing.”

“We’ve got a really good group and a great bunch of guys. That makes it easier to gel. Everybody plays pretty unselfishly. We’re just looking forward to keep on building on what we’ve done so far and improve each day.”

This weekend the Eagles fly down south to The Copper Box on London’s Olympic Park for the annual British Basketball All-Stars Basketball which will be shown on live on Sky Sports. This is the third year of a tournament that Newcastle are yet to win but go in to with great confidence.

The rules of this competition are a lot different to conventional basketball with golden buzzers giving double points, 12-minute running clock games and a 5-point scoring line amongst many of the innovations. It means something different for Schlitzer and his team-mates.

“We might have to change things up in training this week and practice some 5-pointers and different plays to fit the competition. I’m kind of going in to this blind and not knowing so I’m just going to go in and enjoy it and see what happens.”

It’s actually Schlitzer’s former BBL team Surrey that are the defending champions of the competition which means he’ll get the chance to meet up with some old friends and colleagues.

“It’ll definitely be good to see some of my former team-mates and coaches. I know we didn’t draw them to start with and I’m not sure how the tournament is set-up but maybe we’ll run in to them but whatever it should be an enjoyable day.”

The Eagles have actually drawn Glasgow Rocks in their first game this Sunday so it’ll be a familiar opponent as the sides shared the two recent BBL Cup Group games with each side winning on their rivals’ courts.

“We’ve seen them twice already so it feels like we’ll know each other but who knows everyone might play completely different so it might not matter. It’s certainly going to be different.”

“We’ve been busy and have had guys in and out with injuries so it’s good to get a little break from the cup games and change things up a little bit. I’m really looking forward to it.”

Schlitzer is a very solid and competent shooter especially from long-range. With the rules of this competition usually suiting teams that can move the ball quickly on offence and shoot well he could have a big role to play this coming Sunday.