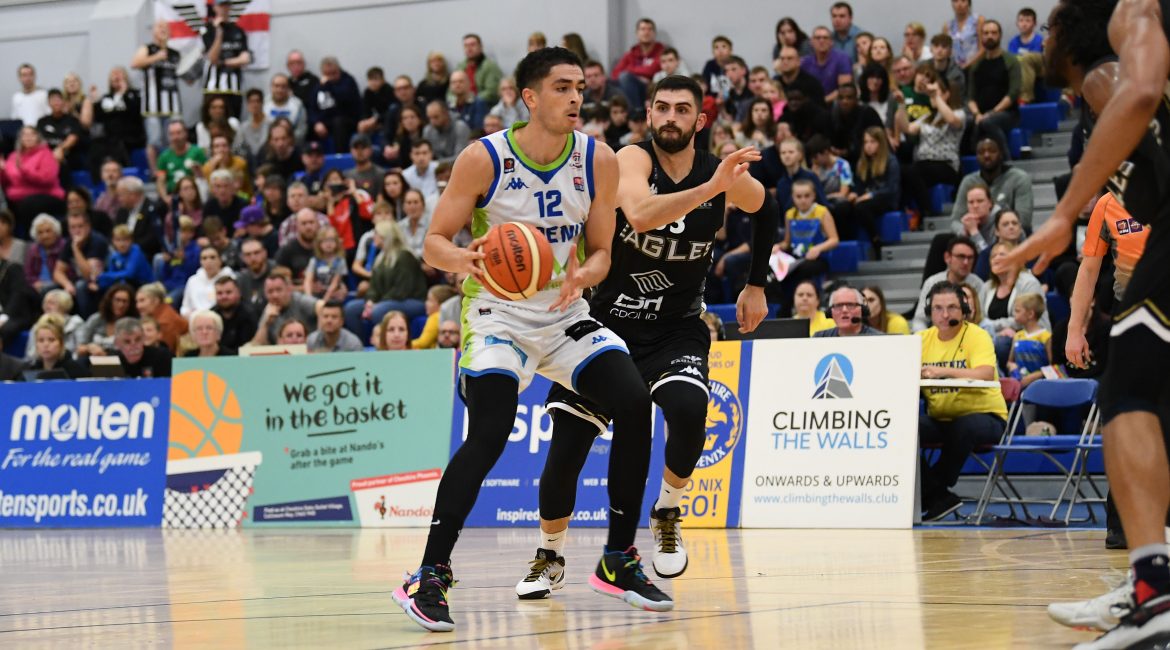 Louis Sayers becomes Newcastle Eagles’ fifth confirmed signing of the summer and their second new arrival. Sayers will be entering his seventh BBL season despite being only 28-years-old.

After completing his apprenticeship in the EBL with Reading Rockets and Hemel Storm, Sayers first entered the BBL with Plymouth Raiders back in 2013-14, where he stayed for two years before moving on to Leeds Force.

It was at Leeds where the 6’7″ British player first teamed up with home-grown Eagles talent Eddie Matthew. The pair wore the same colours again in 2017 when Louis returned to Plymouth and since then played in opposition over his last two seasons in the North West at Cheshire Phoenix.

Admitting his friendship with Matthew has helped him make the move, Sayers said: “Eddie’s has told me a lot over the years about the club and the city and he speaks very highly of everyone and everything involved.

“Growing up watching the BBL and then throughout my career as a player, I’ve always had a lot of respect for the club, how it operates and everything it has achieved.

Consecutive Coach of the Month Award For Mac

“So, signing for the Eagles is an exciting time for me. I was contacted by Coach MacLeod about the opportunity and, although it was unexpected, I felt that it was a perfect progression in my career.”

A player known as a solid contributor to any team he’s played in, he averaged almost 9 points and 3 rebounds a game in his last two seasons at Cheshire.

“I pride myself on being a good teammate and person, first and foremost, but in terms of what I will specifically bring to the game, I think I’ll be another shooter to help spread the floor and an all-around energy on both ends of the floor”, the small forward added.

“My main goal for the season is to win some silverware! It’d be great to add another winning season to the Eagle’s impressive collection.”

In confirming the signing of Sayers, head coach Ian MacLeod is confident he has a player that is going to fit right into his roster and has plenty to offer.

“Louis brings a specialist shooting touch to the roster along with good height and is in the peak of his career”, MacLeod remarked.

“It is important that we have a solid and reliable cohort of British players and Louis adds to that. His BBL experience will be a great asset for us.”

The Eagles roster is now beginning to take shape and looking very solid with further exciting announcements to come in the near future.