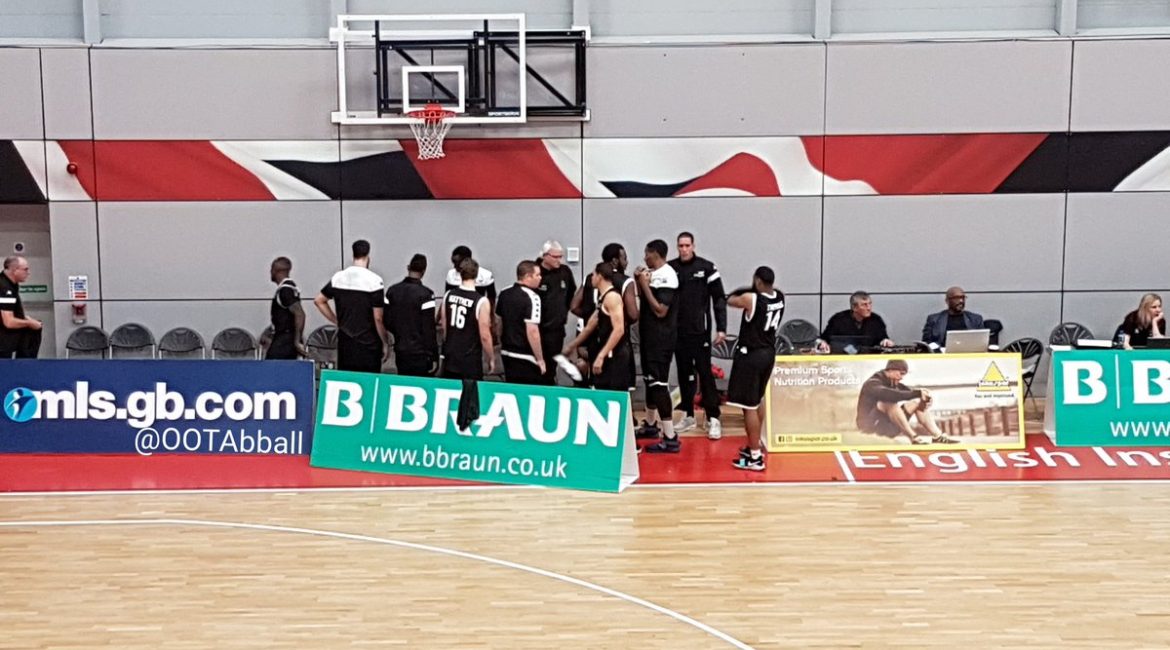 It may be 0 – 3 so far in 2018/19 for the guys but it’s not doom and gloom and remember last season we started in spectacular style and looked like world-beaters. Obviously, one does not mean the other will happen so what does it mean at this stage?

Well, we’re still unbeaten in the league, we’re still in The Cup and The Trophy and we still have a shot at the Play-Offs. In other words, pre-season is exactly that, pre-season. The time to bring a side together, get them to learn a system and get them to understand each other.

However, we took 70 shots to 57 so we were creating opportunities. We also forced 21 turnovers and only gave the ball up 7 times ourselves. We stole the ball 12 times against 4 for Sharks. We had 20 assists, 8 to Fletch, 5 to Ahmad and 4 to Eddie.

So, there were good moments in amongst the bad and still positives to take. If this had been a BBL game both Kai and Drew would have and could have played but right now in pre-season it’s not worth the risk.

It meant that Kyle went in to the starting five earlier than we would probably have liked and we started Victor and Darius together which may or may not happen once the season started. Ahmad and Fletch being the other starters.

That slight disruption meant a major disruption on court as Sheffield came out with their likely regular season starting five and four of them were together last season. Perhaps our inexperience and unfamiliarity contributed to a very slow start which saw us down 16 – 2.

To give any BBL side a 14-point start is not the strategy you plan to do. It puts you in a hole early and means you have to dig deep from the off. Fast forward 35 minutes and the final margin of a 13-point loss actually means we win by a point.

Okay, I get that we can’t really claim that but I’m guessing a lot looking on would probably have thought Sheffield were dominant throughout. The stats say otherwise although the final argument could well be decided by the final score.

We definitely could have been better and definitely defensively particularly in the first half when we conceded 50 points. In the second half we cut the lead on more than one occasion to ten points and had a couple of chances to take that to single figures.

But somehow, Sharks always seemed to find a bail-out three-ball and again looking at statistics they hit 11 of 22 triples all of them from Dirk Williams, Chris Alexander and new guard Rene Castro. That’s something we can put right and work on and undoubtedly will.

Now, before I give the last word to Coach Macleod to sum up the game and where the team is right now I want, despite all I’ve already said, to give Sheffield a lot of credit. They came ready to play and had a great energy about them. They deserved the win and quite rightly got it.

However, it’s only pre-season and don’t forget they’ve got to come to us next week as we bring the pre-season adventure to a conclusion. That should be a true test and barometer of where we’re at especially with Team USA Select before it on Monday and hopefully we’ll have progressed some more by then.

So, to Coach Mac’s thoughts.

“First off it was a loss but the scoreboard wasn’t really the numbers we were focusing on. It was about getting the right guys minutes, trying different line-ups trying to get some cohesion and chemistry throughout.”

“Then we focused on smaller things. How many turnovers we were forcing, what was the rebound battle like and these are performance indicators that are more relevant to us than just the final score line.”

“We made some mistakes but I think we’ve already learned more this pre-season than we did last pre-season which was a lot easier and fair-weather sailing. This pre-season so far has been rougher and tougher and we’re learning a lot more about ourselves in a shorter space of time.”

“These games are invaluable to us. They will show our deficiencies and what we need to get better and also show our strengths as well. We’ll just work through it all and trust that we’ve got the process right and that we just need to hammer out the details.”

“I’m looking forward to the two home games this week which are always good. The fans are always fantastic and that’s worth ten points alone. I think it’ll be good for the new guys to see what the fans are like and what it’s like playing at Sport Central before the move to the new arena.”

“It’ll be good for our fans to see, hopefully, a more polished product as we move towards where we want to be and I think we’re all looking forward to getting home and building on what we’ve done so far.”

Remember those two home pre-season games are this coming Monday vs Team USA Select and on Wednesday we have the return fixture vs Sharks both at Sport Central and tickets are available from just £9 per person per game and £8 for season ticket holders: